by Dean Gee 3 months ago in interview 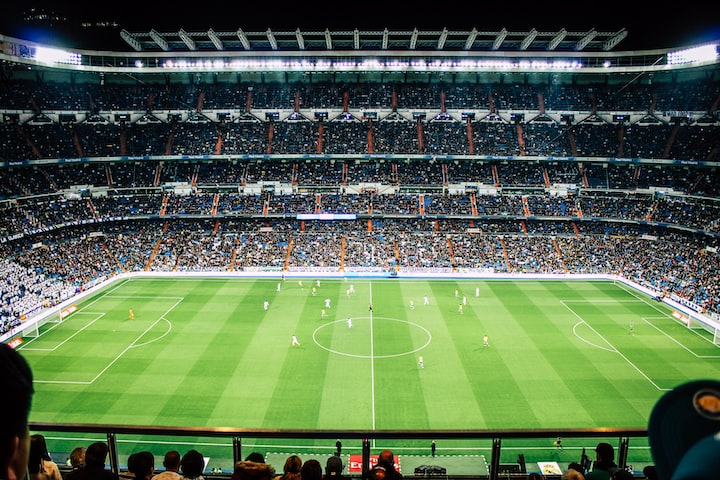 He was sitting in a press conference and noticed two Coca - Cola bottles that had been strategically placed in camera. This was a shrewd move by the corporation but not shrewd enough, unfortunately for them.

Christiano is a health freak, he literally is. His children do not eat chocolate, they are not allowed to. They can have fruit. He keeps his body in perfect shape for the demanding sport of international soccer.

In his younger days he promoted Coca - Cola, so this move by him was rather surprising. Perhaps with age comes wisdom. He doesn’t want to align himself with unhealthy brands. In the press conference he moved the Coca - Cola bottles out of camera and away from himself. He was not going to be seen as an endorser of the soda drink.

If that right hook to the jaw of the corporation wasn’t enough, he then stated on camera “drink water” which was a kick in the nether regions, and the large oversized corporation dropped to it’s knees on the canvas. The reaction by the stock market was instantaneous. $5 Billion wiped from Coca - Cola stock price.

Videos are now surfacing online with people calling him a hypocrite because of his earlier years when he endorsed Coca - Cola. I think what people are missing is that brands need to align with brands, and let’s face facts Christiano Ronaldo is a powerful brand. His brand essence, what he stands for and his reason why, at this stage in his career does not align with the image and essence of Coca - Cola. The Coca - Cola sponsored event had not reckoned on the power of the influence of the player.

A day later another player (Paul Pogba) removed a bottle of Heineken strategically placed before him. He has strong religious beliefs and Heineken does not align with him.

Powerful influencers have their ‘tribes’ that follow them, that defend them. These tribes have incredible spending power and can inflict financial damage to large corporations. Top management in large corporations are more fragile than ever. The information age has made them this way. Technology has made previously unaccountable executives very accountable. The responsibility and accountability can affect their livelihood. This is both good and bad. if the power of influence is used for good, then that is ok. However with the information age we live in wrapped tightly and bound to information is misinformation and this is highly damaging and volatile. We all know how fast a conspiracy theory is adopted and shared by millions.

Imagine being the CEO of a large corporation that has just had a lot of bad news showered upon it by social media. Even if that information is misinformation and discovered later to be so, when the social media machine kicks in, the pressure on that CEO is enormous. His livelihood could be at stake for a lie.

In this information age, and the age of emoji’s, symbolism and what symbols and brands stand for is becoming an increasingly complex issue. Both Heineken and Coca - Cola are tournament sponsors of the EUFA Euro competition. With media and social media cycles continual 24 hours a day.

People understand the power of symbols and brands, and they understand that these images will last into the future. They understand that they want to be comfortable with the image that they are projecting, for the present and the future. Anything that goes against their inherent values, is going to be met with resistance. I am happy for the players making a stand. I am just wondering though, will this have a detrimental effect on sponsorship of such tournaments into the future? Large corporations are like people. If you dig deep enough for long enough, there will be dirt. Taking $5Billion hits to stock values is not something that they will be keen to absorb.

The power balance has shifted from corporations to influencers

Social media has levelled the playing field to some extent

Brands that act socially responsible and have wholesome values will be the ones to survive and thrive into the future.

No longer can corporations hide from the Information age, they need to embrace it and confront it, unless of course if you are unique in your product offerings such as Apple. Then you have greater leeway.