by boland gracelyn 2 months ago in football
Report Story 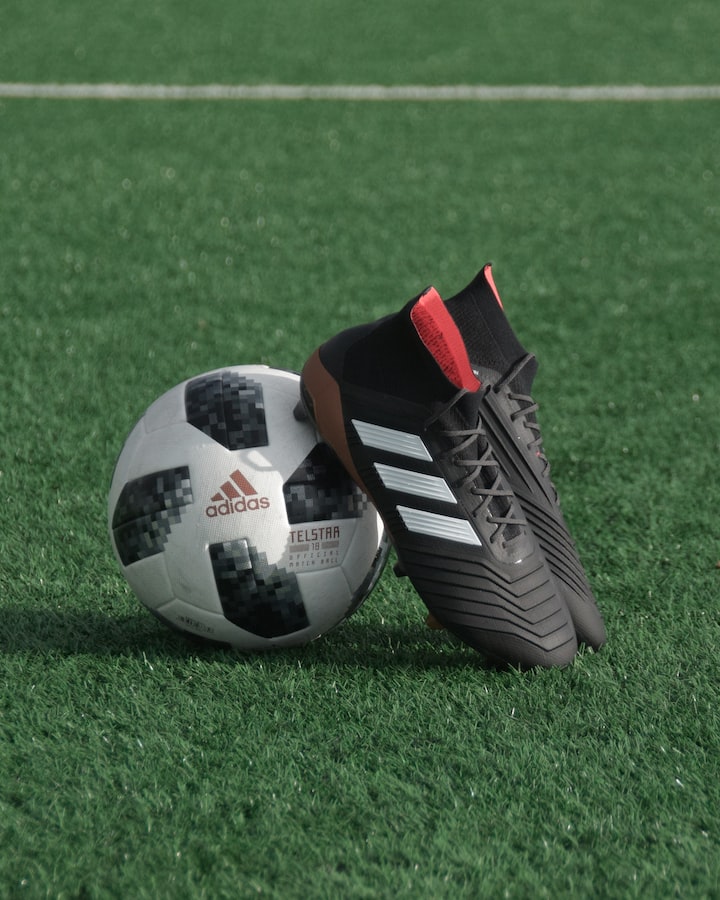 Photo by Alex on Unsplash

--Summarizing the half-time performance of the Jinmen Tigers

Yu Genwei: first from the beginning of the task indicators, the first task indicator is to complete the relegation, I think we now 23 points, which should be counted as a pass is certainly no problem, then the team this year may indeed change from the personnel side to replace more, the introduction of our internal and external assistance nearly 20 players, so the overall strength is certainly a great improvement based on last year. We are the first year to take the initiative to carry out this work in accordance with our club, by the team's long-term plan, including our philosophy, team building a direction, to carry out this work in a step-by-step manner. After playing these 18 rounds, I think there are gains and losses, we also have a lot of gains, but also we have a lot of problems.

--Talking about the formation of the team

Yu Genwei: We used two formations in the first 10 rounds of the game in Meizhou. First of all, we changed back to a 4-back system this year based on last year, and at the same time in some games, depending on the opponent, we have to change it back to a 5-back. Because I think a mature team must have these players on the field, he must know how to deal with different opponents, including in the 90 minutes in different stages of the situation, we have to adjust the formation in time, tactical quality is very important for a team.

--Talking about the loss to Guangzhou City

Yu Genwei: Two days before that game, we said we would fight the opponent and never take it lightly. However, the players did not adapt to the playing field, and the premature loss of the ball had a psychological impact on the whole team. If we had scored a quick goal in the second half of that game, the result might have been different. I think after the loss, it is the manager's responsibility to say that I don't need to blame the players. I think objectively speaking, first of all, the coaching team, including my organization is still not detailed enough, not comprehensive enough. The day after the game, the whole team started to do a two-day summary of the game. I think this is also an experience for our team and a valuable asset for our growth. I also told them that I hope we won't have this situation again in the future.

Yu Genwei: As we all know, my career has been struggling with injuries, I also understand the feelings of the players after the injury. As a team, we must treat the player as an asset of the club, you have to protect the player well so that he can do more for the club and the team, a longer contribution. So you must first ensure his health and don't take any risks, so we are still relatively conservative on the injury issue of Andujar, and I think this conservatism is necessary. Because of his body's physical condition, including the part of the flounder muscle he injured is relatively difficult to recover, and especially Andujar's body type, his muscle type, including the shape of his calf, decided his flounder muscle injury, is particularly difficult to recover, his calf is particularly thin, so his blood circulation and muscle structure, he in the recovery will be slower.

Yu Genwei: I just had good communication with Lima before. He was very professional and anxious, even complaining that he was not fighting and was not able to contribute to the team. I've been comforting him as well, I said I trust you because you're a professional player. In addition, I think the team cannot just expect the players to give their dedication to the team, we should also step forward when the players need support from the team and the coaching staff. I say you are in a difficult time and we all have to help you now. Even if you are not recovered now, then you can do more positive things in our games or training, encourage our young players more, more for our players' technical and tactical aspects can also advise, this is all a positive attitude. Including the injuries of David, Rosa, and Lima, we still consider this issue from the perspective of protecting the players.

Yu Genwei: The team is sometimes like this, one is injured, one is suspended, and one is the player's status, so you sometimes can't put all the best players on the field. I especially understand the fans, but watching the game on TV, the fans may only see the situation of those players who are close to the ball. When we are in the coaches' box, we are looking at the whole picture, including the situation of some players without the ball. For example, in the last game against Henan, Merida and Rosa were replaced in the second half for their protection. Rosa had just recovered and was unable to play the whole game. Before that game, Merida played continuously, and our physical rehabber analyzed Merida's game and training data and gave a report that Merida could only have about 60 minutes of fitness for this game. As expected, after 60 minutes, Merida's running dropped significantly. We decided to change him to prevent him from getting injured.

Yu Genwei: Beric is a system striker, the kind of striker we need for our team's style of play. As a head coach, I don't have any idea who I'm covering up for, even if I'm the one who brought him in. If you look at all of Beric's games, especially when playing against the strong teams in Shandong, his role in front of the net is very big. When we play against strong teams, we need someone to control the ball when we switch between offense and defense. When our midfield advances to the front, we must not lose the ball regularly and quickly, and if we lose the ball quickly, we have to grab it repeatedly, which is particularly taxing on the team's confidence and physical ability. If you look at these 18 games, I think if you evaluate them carefully, I think the role of Beric in front of the field is we have achieved the desired effect. In addition, Beric, Merida, and Andujar are in their early 30's. Why did I bring them in? I brought them in because I wanted their professionalism, including their experience in playing football, to be able to drive these young players into our team. Of course, if he can score more goals, it will be a better result. I believe that in the coming games, after our personnel is slowly integrated, Beric will have a better performance.

Yu Genwei: On the first day of Beric's arrival, I told Xie Weijun that he must watch Beric's running position, I said you must learn from him. I think Xiao Xie's biggest strength is his ability to learn, this player is very humble and he is very good at it. So after Beric's arrival, I think he'll be helpful to all the other players on our front line. The biggest change in Xie Weijun this year is the quality of his will, his hustle, and his fighting spirit. He looked a little soft in the previous games, the southern kids didn't seem to play with the same level of toughness as the northern soccer. We have been encouraging him to build up his self-confidence and to play with blood. I said that our Tianjin team has a traditional style, and since you play for Tianjin, you should reflect the attributes of the Tianjin team.

--Talking about the next round against the Dalian people

Yu Genwei: In the next round against Dalian Renren, the main center back Yang Fan was suspended for the last game, so we still couldn't get a complete strongest lineup for that game. In fact, in the course of the league, we will certainly experience some difficulties and ups and downs, then slowly we can get through this difficult period through this cohesion, through everyone's responsibility to the team and the city. I believe that when all the players return to the team in the future, we will have a better performance. To be honest, I don't have the habit of predicting the trend of the league, I think when you play every game well when you count the scores at the end, you may have a good result.

More stories from boland gracelyn and writers in Cleats and other communities.