by 69 Articles Production about a month ago in gadgets

A comarsion between IPS And TFT Display. 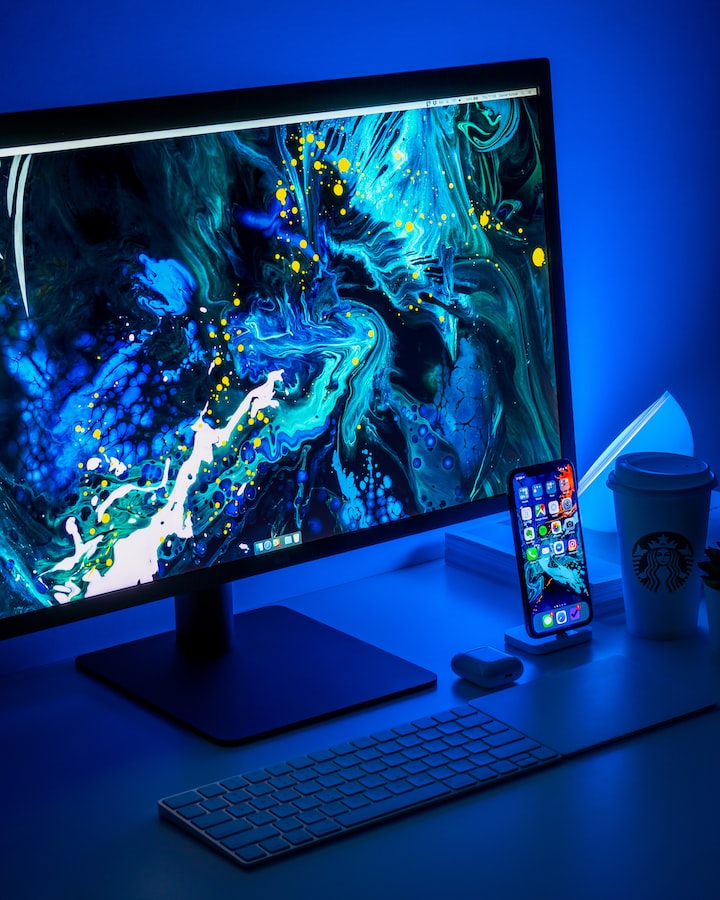 Photo by Daniel Korpai on Unsplash

As you know, there are many types of displays in the market out there, which are designed to provide various features and perform certain functions. But what kind of display you require mainly depends on the kind of work your company demands. Unfortunately, if you don’t know much about technology and different types of displays, it will be difficult for you to decide which type of display will suit your work requirements. So, in this guide, we will be discussing various features, pros, and cons, and the most important, differences between IPS and TFT displays.

Features of TFT AND IPS

Before discussing their differences, you must know the features of both.

TFT stands for the thin-film transistor, which is just another kind of liquid crystal display. These TFTs are further categorized into active-matrix LCDs, which means that while retaining certain pixels on screen they also address other pixels with minimum expenditure of energy. This occurs due to the presence of special capacitors and, as the name tells, transistors which helps in the conservation of energy while it is operating.

Below are mentioned various features of TFT which are now engineered to enhance the overall experience of the user.

This feature is most common in mobile screens. These bright LED backlights offer a high amount of adaptability which means it can be adjusted according to the preference of the user. You must have experienced this feature on your mobile phone, which automatically adjusts the brightness level of the screen according to the surrounding natural or artificial light. This feature is especially suitable for people who find it difficult to monitor the settings option and adjust the brightness of the screen.

One of the major shortcomings of using TFT is that it does not offer a good level of visibility. This means that you have to sit right in front of the screen to get the full effect of the graphics. So if you are just doing random browsing, or answering emails that do not require extraordinary graphics, then TFT is best for you.

On the other hand, if you are doing a naval or military task, then you would need high graphics which are provided by IPS which is discussed later.

Nevertheless, TFT displays deliver sharp images, which is ideal for your everyday use. This is due to the fact that the colors are not spread out far apart and fit the screen because the pixels ration is quite narrower.

The level of contrast TFT display shows is also great because all the three primary colors, red, yellow, and blue are used as the basis of creating different shades and brightness of different images.

Furthermore, the short response to this display is highly appreciated. Nowadays, laptop screens, mobile phones, HD televisions and many more use this technology.

Due to advancements in technology, more features have been added to TFT for improvement which made this in-place-switching (IPS) technology. So this basically is an enhanced version of TFT with more high-end features.

Even though the difference is very difficult to interpret between TFT and IPS response. But when viewed simultaneously, the difference in response time is clear and the IPS display has surely, quicker response than the traditional TFT display.

The most obvious and enhanced difference between the two technologies is the wider view of IPS display than TFT. This allows for more versatile and wider looking angles. Hence, with this technology, you can view the screen from much wider angles and sides without experiencing unwanted blurriness, halo effects, and grayscale. So this technology is best for people who want a high level of graphics, brightness, contrast, and color in their daily use.

As compared to their TFT counterparts, IPS displays have higher transmittance in a shorter time, around 1 millisecond VS 25 millisecond of TFT. This difference may not be that obvious to the naked eye but when both of these are viewed simultaneously, the difference is quite evident. If you are used to working with high-speed information sharing, you will surely be able to distinguish the speed.

Just as mentioned in TFT displays, IPS also use primary colors to give different shades with the use of pixels. The difference lies in how these pixels are placed and their interaction with the electrodes. In the TFT display, the pixels run perpendicularly, which aims at giving a very sharp image, but it is not as crisp as what IPS display can achieve.

In the IPS display, the pixels are arranged in a parallel manner to give a more vibrant and brighter image by reflecting more light. This, with the addition of a wide view, provides a clearer, sharper, and realistic image with a more lasting effect.

Now that we have covered the main features of the two, we will move on to the major differences between them so you can decide which is better.

Difference between IPS And TFT

As we have discussed, both have a great color display and excellent clarity, but IPS have better color reproductions due to different arrangement of crystal orientation. This also has given IPS an advantage of wider viewing angles.

Further, due to the structure of these crystals in TFT displays, angular retardation of light occurs. Hence the IPS display has proved to show fewer distortion properties.

Another huge difference is in the consumption of power. With better pixels and advanced features, IPS takes more power than TFT. Also, the bigger the computer screen, the faster your battery will drain. Moreover, the cost of the IPS panel is also higher than the TFT panels.

IPS demand is high nowadays due to their use in different professions like the military, navy, and surgeons. With demand, the cost also goes up and so is the case with IPS technology. IPS has 8 bits of a color channel which has further increased its manufacturing cost. Lastly, stronger light source and hence high use of electricity has also made them expensive.

PROS AND CONS OF TFT

TFT is best as it consumes less energy especially when dealing with bigger screens, thus less electricity is consumed which results in a lower cost overall. The visibility of the TFT display is very sharp which is great for tired, old eyes. The physical design of the TFT screens is also very attractive.

TFT screens deal with a problem of viewing angle which creates distortion resulting in a poor image.

The accuracy of TFT is not perfect so when printing an image it may not display the right spectrum of colors.

PROS AND CONS OF IPS

IPS screens are very easy to install on walls due to their low depth. The viewing angle is also very great as images remain very clear and stable. IPS screens have a lower electrical output which results in longer battery life and screen life. The colors are also very dynamic and clear.

The main reason why IPS technology is beginning to come down is because of its high cost. Other disadvantages include the brightness problem as it may not be enough in darkness.

Probably in the future, we will experience more features and technology. Until then, TFT and IPS are advancing ahead with their amazing features. So stay tuned for more upgrades.