AT
by Aayush Tiwari 8 days ago in how to 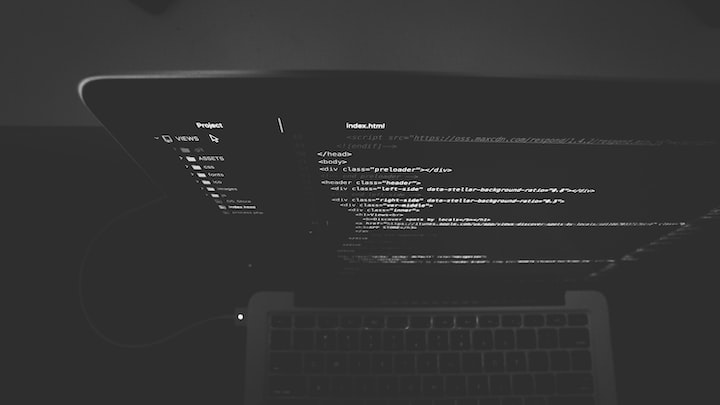 Photo by Nate Grant on Unsplash

Helloooo!!! everyone, how is it all going in the digital realm? Hope you doin' great.

So, What are we gonna talk about today? Last time we discussed what programming is, and it's various languages and types. If you haven't yet been through the previous post then it is a must-go-to post, especially for those of you who doubt whether learning to code is gonna be useful or just a mere waste of time? and how do I get started with it? Last time I had emphasized a bit on learning python, so let's get to know what python is today.

Now, some of us who have no idea about programming and other stuff might get confused between the python language and the snake python

the difference between snake and language

Now that we have realized that it is a language, we can learn about its history. ( I know that many of you wouldn't be interested in the history, it is quite boring to read all that stuff, but after all, it is my duty, so you guys, who aren't interested, you can skip the next paragraph 😉).

"Python was created in the late 1980s, and first released in 1991, by Guido van Rossum as a successor to the ABC programming language. Python 2.0, released in 2000, introduced new features, such as list comprehensions, and a garbage collection system with reference counting, and was discontinued with version 2.7 in 2020. Python 3.0, released in 2008, was a major revision of the language"(Source: Wikipedia)

Now that was the origin of Python, let's understand what is python exactly. Python is a dynamically typed programming language. Dynamically typed means that it executes all the checks for errors and syntax formatting at the runtime, and will also point out a few errors and mistakes along with your typing. It is different from other languages which are statically typed. In the cases of statically typed languages, you will need a compiler for the code that can also execute the code,( compiling the code means the computer will go through the code before running it and looking for the possible errors). It is slightly hard work as you will have to run the code twice and in cases of long programs with many lines, the compiler takes quite some time.

If someday you code and create some project (python or any other language) and you want to show it to the world you can always upload it on Github.

Why should I learn Python?

An added benefit of python being an open-source language is that there are hundreds of libraries with a wide application in Machine learning, Deep learning, Artificial intelligence, smart technology, internet of things, Neural networking, computer vision, robotics, Web Development, game development, app development, database management ..... and the list goes on and on.

Because python being so flexible and with such immense applications, many big companies are moving to Python. Like Google, Microsoft, Apple, and many more.

That makes it easy to create projects in python by using its various libraries and many times you don't have to waste a lot of time, learning other languages. That is an enormous benefit for you and if you're a teen then it is like 'cherry on the cake'.

A job market fact for you:

Python is attracting the upcoming generation a lot because it is very easy to learn, use, and read. The syntax is very easy and it isn't based on colons, commas, or other such signs. It is based upon indentation, which means spacing. Yeah!! the space bar button that you press is enough to format the code, not very often using the 'Shift' and 'Ctrl' buttons. It is very much like the English language that we use in our daily lives, which makes python highly readable.

The simplicity of the code

Now coming a bit into the technical part, Python is an Object-Oriented-Language (OOL). For a programming language to be Object-oriented it means that it is based on objects and classes. Objects are things that we create and put data into, like a list, an integer, a tuple, etc. And Classes are the properties that belong to the object. There are also functions, that belong to the object, that perform certain actions on the object. Now I know that all this is quite confusing so let me tell you all this with an example.

A few Useful functions of a List
Using the functions

Nowadays almost all the languages have become OOL but what separates python from the rest is that YOU can create YOUR OWN objects in your program. If you are creating a program to find out whether or dog is hungry or not. Then you can create an object 'Dog' and add its properties (classes or attributes) like 'Hunger' and 'Health'. And add the functions to 'Feed it' or 'Go For a Walk'. That's is a major reason for python to be preferred by the young guys.

A small note to add: Many people's questions would be that "Can I learn python from the block-based coding?" My answer to that would be that "you can very well learn the concepts of coding from the block-based format, but not a particular language because programming languages are based on the syntax. And there is no use of syntax in the blocks. So if you wanna start learning a 'language' then proceed with the text-based format and if you wanna master the concept then go ahead with block-based."

Nevertheless, there is no barrier to your personal choice.

On the ending note, I would like to say that python is very interesting, both, to learn and to use. It is a must-learn talent.

In today's world, everyone must learn to code it has become more of a necessity rather than just a skill. Learning to code is equivalent to learning to speak,(just the listener changes). So why not start with python.

It's Aayush here. I am a young and enthusiastic fella.A blogger.

A hardcore book lover, I love to read(anything).

See all posts by Aayush Tiwari →