by Pantera 12 months ago in cryptocurrency
Report Story 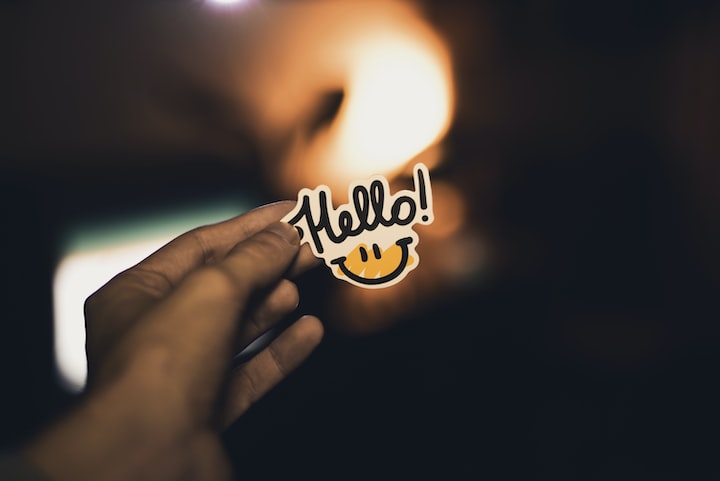 Photo by Vladislav Klapin on Unsplash

Hello everyone at vocal.media, this is my introductory post. I will talk a little about myself in this one, and I will try to become an active member.

I was referred by a friend from read.cash (CryptoMax) to join and start blogging here, and as I value his opinion, I had to begin.

First, I have to explain that almost all my articles on the media I am using are about Cryptocurrencies. It was my hobby, then became my obsession and for the last three years is my main source of income.

It all started one day in 2013 when I first read about Bitcoin in a local newspaper article. Bitcoin was trading at the MtGox exchange at $1,000 up by 500 times since the beginning of that year.

I was shocked with these returns and had to look more into this but its price was already at the top. As usual with Bitcoin, when it was reaching the mainstream media, and common people like me first heard of it, it was very close to the top of a bubble.

I was always catching up with new technologies and software and I remember E-gold very well and how it failed. Of course, it was nothing like that. A few months later I learned the news of the MtGox exchange shutting down after being hacked of something like 800,000 BTC.

I felt lucky I didn't invest as I would have lost my money due to the hacking incidents at MtGox. However, I was wrong. I should have investigated further as a hack of this size meant that Bitcoin was valuable. Hackers weren't planning to destroy Bitcoin but to acquire as much as possible.

Bitcoin entered a state of obscurity and I didn't keep in touch either. The next time I've read about Bitcoin was during the Cyprus banking crisis. This was my worst mistake not getting involved. I don't care about 2013 but in 2015 price was at a bottom of $200 and I should have at least tried to find out more. Unlucky but also nobody around me knew anything when I was bringing the topic of Bitcoin for discussion.

Fast forward, in 2017, I read about Bitcoin again. This time I was brisk. I did not make the same mistake for the third time, I invested in the second quarter of the year and kept increasing my investment even at $10,000. I was also trading, making mistakes and almost lost all profit made during a few dips. I had no idea these could be so violent and volatility wasn't helping me as a beginner.

The plan was to sell at $10,000 however the bullish momentum was undeniable and nobody was selling at that price. Two weeks later it hit $20,000 and then had its big crash. On the bounce, I sold at $17,000. I didn't sell everything. I was also trading altcoins a lot.

Then a big hit came by social media and google that stopped accepting cryptocurrencies for advertisements. This was a big blow and everybody was exiting quickly. I was lucky to have my innitial investment back, and having only profit to reinvest at that point. But being a beginner and having very little time due to work hours, made me lose a lot more profit.

I never left though. I was accumulating and during the bear market, I started studying more. I managed to understand the basic principles behind Bitcoin and Ethereum. I dug deeper and found why Bitcoin could not scale. I was hoping the Lightning Network will be a viable solution and was supporting this development. But after a while, you realize this wasn't going anywhere and the fundamentals are flawed.

I started looking deeper and read a few articles on Bitcoin Cash. I remember the Bitcoin fork of 2017 and everything that happened but I was completely clueless on the tech. I kept in my mind what the Bitcoin maximalists were saying that BCH is a scam. I never knew they would say anything just to keep their bags pumping. And most of them also dumped on new investors in December 2017.

Time passes and this is too much information that may not be useful to anyone. I'm sorry for making this too long, I will skip to some information about me.

I am a writer on the following blogs/platforms:

You can contact me on any of these media or here on vocal.media about verifying, or about anything you may need.

I am mostly writing about Bitcoin Cash, but also share my knowledge on other blockchains. I am trying to make my posts as less technical as possible, as from a user's perspective there is no need to learn the developer's language. While I understand almost everything they discuss, I try to translate them for beginners, thus my articles are simple and everyone can understand the core of each topic.

As a beginner, I had trouble separating blockchain from Bitcoin. It was the early crypto enthusiasts that explained everything to me, and I am glad for their support. Of course, these guys are not within us anymore. I've met and discussed with people holding thousands of Bitcoins and these guys will rarely come back to a blog, or a traders channel to discuss. They have either moved on to open businesses or have already retired and currently enjoying life on an exotic island.

These guys tried to pass their excitement to me and this is what I'm trying to do with the beginners in the space. I try to educate, while I am also learning and try to give proper directions. I wasn't anywhere near the success of the early investors from 2011-2012 but managed to at least make it better than before entering the world of Crypto.

This was it, my introduction, I hope to find a few that share the same interests and create something good from this.

More stories from Pantera and writers in 01 and other communities.