by EE Williams 11 months ago in cryptocurrency

On treasure, lost and found 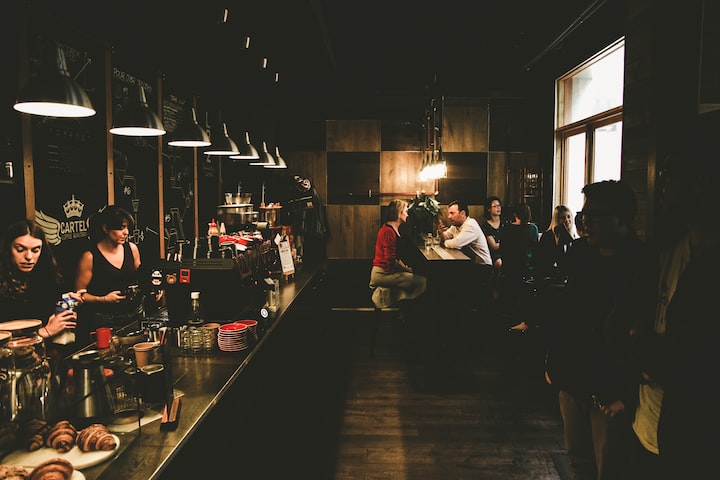 Photo by Benjamin Ashton on Unsplash

You wake up. It’s a day like any day, except later you’ll find out it isn’t. Something about today feels off, feels…different. You eat your breakfast, it doesn’t matter what. Maybe you have toast and eggs, maybe it’s cereal. Maybe it’s a leftover piece of pizza from last night’s dinner. Like I said, it doesn’t matter.

You go for a walk, the same walk you go on every day. But today, today is different. You take a different turn, and pass a store you’ve never seen before. You go inside. It’s an antique store, and the smell of old books is ambrosia to you. You run your fingers along the spines, feeling the different textures. You see a copy of one of your favorites, maybe a Heinlein or Butler, or a dusty paperback of Dune, or an uncorrected proof of N.K. Jemisin, that they’re not really supposed to sell but at a shop like this, who’s checking. Again, it doesn’t really matter. The sticker in the corner says $2, and you have $2, so you walk to the front and you wait for what seems like an unnecessary amount of time for the man behind the counter to look up from what he’s doing and take your money. He asks if you want a bag, and you don’t, so you leave the store, $2 lighter and with a book you don’t need in hand.

When you get back to your house, you set the book down, and don’t think of it for weeks, months maybe. One day, when you haven’t bought a book in awhile, and you’ve read all your library books, you pick it up, to get reacquainted with an old friend. As you begin reading, a piece of paper flutters out, an ersatz bookmark. It looks like it’s been torn from a bullet journal, or one of those little black notebooks with the buttery leather cover that you always want and never buy. You pick it up to use as a bookmark yourself, and it’s only when you’re halfway through the book that you realize it has writing on it, a long string of numbers and letters, and under that, an even longer one.

When you were a kid, you were fascinated with spy movies, and you stare at the paper with wonder at what it could mean. You type this 32 number and letter sequence (because of course you counted, because that’s the kind of data that your brain loves to collect) into a search engine and get a bunch of nonsensical letters and numbers in return. You see BTC, which looks a little like a stock market code, but you don’t find anything there. I should mention that it’s 2015, so this isn’t something you’ve ever heard of before, and you don’t work in an industry where anyone talks about it. So you do some more googling and you find out this is a key to something called Bitcoin, and it’s maybe worth real money?

So you’re intrigued, but you’re an adult, and you’ve got other work to do, and so you put the bookmark back in the book, and over the next few weeks, some days you’ll do some more lazy research, and some days you’ll just pick up the old book and read.

And one day, as you’re down an internet rabbit hole, you think you’ve figured out what you can do with these two strings of digits written on this slip of paper. But you’re cautious, because that’s the kind of person you are, and you’re not really a risk taker or an early adopter anyway.

So you find a wallet and a platform that you trust, and one night, you’ve decided there’s nothing to lose, and that spy kid inside you is super interested, and nudging you to just type in the code, so you do. You type in the code, and then you type in what you’ve come to learn is called the key, and you wait. And then a graph pops up. And this graph tells you you have 84.77 Bitcoins, and they’re worth just about $20,000, and you almost can’t believe it. What could you do with $20,000? You could finally get out of this apartment and make a down payment on a house. You could get a new car. Do you have to pay taxes on this money? Is this, like, real money? Can it go away or drop, like stocks?

You aren’t sure what to do, and you don’t really trust anyone you know to talk to about this, because at this time you aren’t really friends with anyone with money. You and your friends are more of the 2 for 1 night at the local bar type crowd, and you’ll chip in and help each other out, but none of you have ever seen more than four figures in a bank account, so this is big money.

So you decide you’re going to take a risk. You’re going to cash out this money, because while you aren’t a risk taker, you do believe in signs and omens, and why else would you have walked into THAT store, and purchased THAT book, and found that specific sequence of numbers and letters, if it wasn’t supposed to change your life.

So you cash it out, and you use the money to go back to school, and you upgrade your career and your life, and you kind of forget about Bitcoin, only that it’s so cool that you got in on it early and what an amazing find. And you’re making six figures now, and your life is good.

And then one night, you go to that bar, the one with 2 for 1 night, because old habits die hard, and sometimes you feel nostalgic and you miss your broke friends. And it’s late 2017, almost Christmas, and you sit next to a girl, and you start talking. And she is bitter, so bitter you can taste it. She has a little black notebook, the kind with the buttery soft cover, and she’s writing in it, and when she closes it, you notice a page is torn out.

When you ask her if she’s okay, she smiles, and says, I should be, but I can’t stop thinking about what I lost. And you want to ask, but you’re no therapist, so you’re not sure what to say, but you’re very curious. So you drink some more, and you talk some more, and she asks you have you heard of Bitcoin? And you laugh and say, actually, you have, and you tell her your story, and when you get to the part about the paper, her eyes light up, and when you get to the part about selling it, she begins to cry, and you realize, oh god, why did you say anything, why didn’t you see, and so you listen to her cry, and you wonder what you should do. And you still don’t know why she’s really crying, because like I said, you all but forgot about it since claiming your treasure, and so you ask her, and she looks at you, wide-eyed. You don’t know? she says. And you shake your head and she says, it’s almost at $20,000 dollars, and you say, I know, that money changed my life. And you start to think that maybe you should pay her back, and it won’t be easy but you can do it now, and so, stupidly, you ask her if you can pay her back, if you can pay her $20,000, the money you cashed out two years ago. And teary eyed, she begins to laugh, and says that you don’t get it. It’s almost $20,000 a coin now, what she had would be worth more than a million dollars, almost two million, and it’s gone. And now she knows for sure: it’s really really gone.

And now you’re shocked, and you rewind the last two years and calculate what you would have done differently, but you are somewhat surprised and relieved to find this: you don’t regret anything. So you pay for her drinks, and you take a deep breath, and you walk out the door. And you never ever go back to 2 for 1 night again.

Read next: Social media is trying to Control Us