by Paul Douglas 7 days ago in tech news

Is The Cheapest iPhone 12 Worth The Cost? 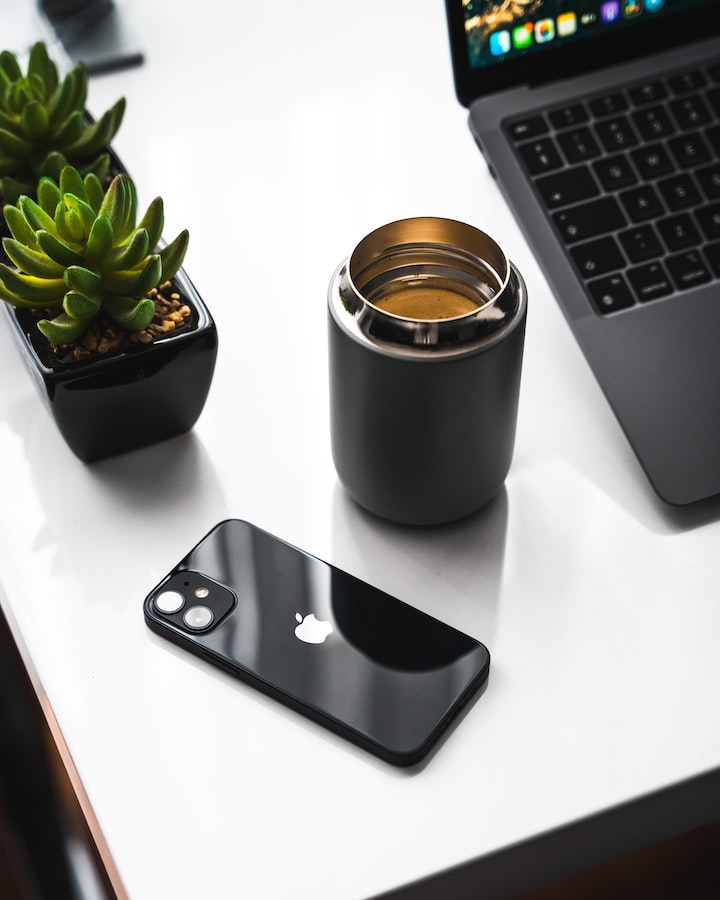 Photo by Sebastian Bednarek on Unsplash

In 2020 after several years of following the industry trend for large screen pocket busting phones, Apple made an interesting decision and bucked the trend. The iPhone SE 2nd Generation, released in April 2020, saw the company return to the small form factor for which it was once known. This phone has a 2.65" wide, 5.45" tall body with a 4.7" screen. Weighing in at just 148 grams it was easy to hold and fit nicely in the pocket.

Continuing this trend, in October 2020 Apple released its new iPhone 12 mini. Of course, its stablemates are larger phones, but the 12 mini itself, whilst technologically identical to the iPhone 12, comes in an even smaller form factor than the SE. Not only that, it manages to do so whilst shoe-horning on a larger screen too!

The iPhone 12 series of phones have dispensed with the rounded design of its immediate forbears and have instead plumped for a design that harkens back to the iPhone 4. Its edges are flat rather than the rounded edges of subsequent models. Its bezels have also been slimmed down more than ever, pushing the size of the display to the limits of the body size, maximising the use of every inch of space.

It also comes in a new and quite beautiful range of colours. Black, white, red, green, blue, and purple is now available.

The ‘mini’, is smaller than the SE with a 5.18" x 2.53" body but comes with a much larger 5.4" (measured on the diagonal) screen. This is made possible by pruning the top and bottom bezels and losing out the physical ‘Home’ button, much in the same way as the other 12 Series handsets. Its weight has also been reduced to a positively svelte 135 grams.

It has also had what Apple terms its ‘new ceramic shield front, glass back and aluminium design’, which Apple reports provides 4 x greater drop protection.

The new display is 2340 x 1080 pixels with a 476 PPI (or pixels per square inch). This makes the display pin-sharp and beautiful to behold. A big step up on the 326 PPI resolution of the SE for example.

All iPhone 12 series phones come with Apples’ A14 Bionic chip as opposed to the A13 Bionic chip in the iPhone 11 series and the SE. In theory, this makes everything you do on the phone faster than ever before.

In reality, there is little discernible difference between the A14 and the A13 chips for most people. Sure, the benchmarks that tech bloggers love to quote may show the A14 as a faster proposition, but in real-world use, few would notice the difference.

The iPhone 12 mini has a dual wide and ultra-wide 12mp camera system with 2 x optical zoom and 5 x digital zoom. It also comes with a 12mp front camera. It has six visual effects, (Natural, Studio, Contour, Stage, Stage Mono, High‑Key Light Mono) which are truly useful to give your photos that extra edge and are fun to play around with. Using both the iPhone SE and the iPhone 12 mini, I find the newer phone takes more impressive and colour accurate photos.

The iPhone 12 series phones, like the 11 before them, come with FaceID to securely unlock your phone without the need to enter a password. Pre-Covid this was great and most people perhaps welcomed this move. Now, in our new reality, we can’t, of course, unlock our phones whilst wearing a face mask. This is where the humble iPhone SE 2nd Generation beats the newcomers. It still has its ‘Home’ button with TouchID.

The 12 series phones including the 12 minis meet the stringent IP68 water-resistant standard. This means that they can withstand a dunking underwater at a depth of up to 6 metres for up to 30 minutes.

The iPhone 11 can only manage a depth of 2 metres for 30 minutes and the SE is IP67 rated meaning it can withstand 1-metre submersion for 30 minutes.

All are handy to avoid killing your phone with a slip around the swimming pool, a fate that befell my iPhone 5 after the briefest dip in the shallowest of waters. Still, 6 metres for 30 minutes should give the clumsiest of us a bit of breathing space.

The main issue I take with the MagSafe charger is that it is not included in the box. It is £49.99 accessory. Another issue is that although some may find this new type of charging interesting, in reality, I find it no more useful than plugging a normal charging cable into the phone.

The iPhone 12 mini has 5G capability which will give users access to faster internet on the move. At the moment though, availability of the 5G network is fairly sparse, but it is nice to see this addition to the technology roster.

I have no problem recommending the iPhone 12 mini to prospective buyers who are after a fully featured iPhone in a more hand and pocket-friendly size.

I have never liked the large phones that require the use of two hands to operate and feel like a brick in the pocket.

It is snappy in use, has great cameras, it feels premium in the hand and it has industry-leading waterproofing and protection for the more clumsy amongst us.

If you are on a budget and want a competent small handset with iOS then look no further than the SE 2nd Generation. For £399 it should more than fit the bill.

If you want the absolute best small handset available today, however, and can afford the £699 asking price, then the iPhone 12 mini is perfect for you. It has all the very latest features available to the rest of the latest iPhones but in a really nice small package.

**I originally published this article on Medium in 2021**

See all posts by Paul Douglas →