by Bishnu Bhandari 11 months ago in future
Report Story 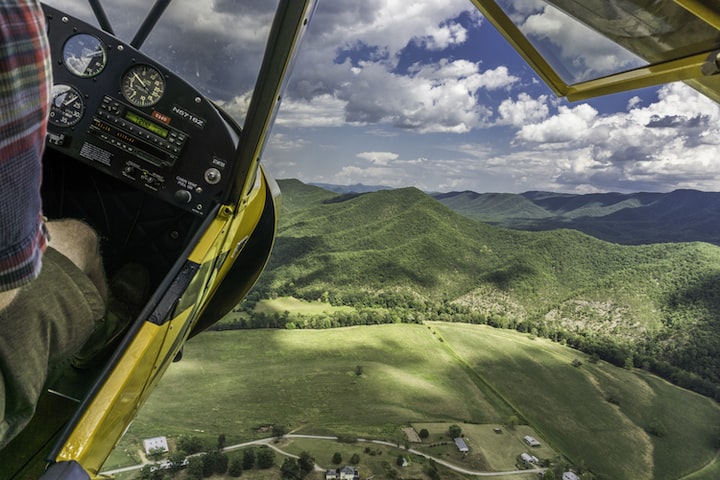 Photo by Brandon Pierson on Unsplash

At the beginning of the new century, we have seen the realisation of a centuries-old dream: the fusion of cars, airplanes, mobile aircraft and flying cars. We have also seen the future of Cadillac, and it covers a lot: elegant flagships, practical SUVs, self-driving rides, and now a flying car.

The emerging generation of flying car engineers is thinking about how we move and how we live. The Flying Car Nanodegree course prepares you to be at the forefront of this technological and social revolution. They learn what to do, how to write code and how to control their own drone.

We have put together a whole range of flying vehicles that can be used both on the road and in the air. Aeromobil 3.0 The Aeromobil developed by the Slovak company is something for you when you are asked what a flying car should look like. Klein Vision Slovakia has developed a prototype of an aircraft that can fly like a normal car, with thrust propellers, double rear booms and fold-out wings.

A flying car is a kind of personal aircraft, a roadworthy aircraft that allows door-to-door transport on the road or in the air. Practical flying cars are capable of driving safely, reliably and kindly on public roads and in the air. If widespread, they could be flown and controlled remotely by qualified pilots, with affordable acquisition and operating costs.

Many prototypes were built at the beginning of the 20th century using a variety of flight technologies. Most have been taken over overland, but the use of runways and VTOLs is expected to increase.

While Uber has abandoned its Elevate plan, many companies are interested in flying cars and taxis. These include big names such as General Motors, Boeing and Hyundai, as well as startups such as Kitty Hawk, Archer, Lilium, Wisk, Horizon Aircraft and Joby Aviation, who have taken over Uber's Air Taxi program. Several companies hope to blend transportation with new aviation technologies.

Flying cars can be used for short distances at high frequencies, low speeds and lower altitudes than conventional passenger aircraft. Not surprisingly, a number of start-ups have announced flying cars that will be widely available in a few years. The number of flying cars to be licensed for road use and converted into airplanes will be as large as sit-ins and drones.

The Terrafugia TF-X has folding wing technology that allows it to transform from a car into a flying vehicle in minutes. You do not need to drive to the airport, take you to a clearing with a diameter of 30 meters and you are well on foot. The car can be completed in autopilot mode and take off, fly and land as quickly as possible.

The Federal Aviation Administration (FAA) has awarded Terrafugia's transition to roadworthy aircraft a special airworthiness certificate for light recreational aircraft. The Massachusetts-based company called the certification a "significant milestone" in converting the vehicles for future use in the air and on the road.

Earlier this month, the AFWERX Innovation Program of Air Force Research Labs announced that it had granted Beta Technologies its first airworthiness permit for a manned aircraft to start flight tests. Beta Technologies has teamed up with the service as part of its Agile Prime program to develop flying cars for a number of missions. Joby Aviation, which works with Air Force Agility Prime, received its first military airworthiness permits in December.

Aircraft takeoffs and landings in the future will look very different, said Lt. Gen. Clinton Hinote, Air Force's deputy chief of staff for strategy, integration and requirements. Efforts in flying car services are still in their infancy, but have the potential to save lives, provide critical equipment and reduce the carbon footprint of services, he added. Planned flying cars will be fast and made of composite materials, which will give them a lower radar cross-section and less detectability.

Skyways want better conditions and no longer need their own laws, and the type of pilot's licence has been changed to resemble a driving test. In reality, due to the different nature of city flights compared to medium-altitude pleasure flights in light aircraft, the pilot's licence has become a separate licence.

In Auto mode, the wings are stored in the fuselage and opened when you want to fly into the sky. To take off and land on a conventional runway, a square area of about 65 feet on each side is required, but take-offs require about 30% less force and increase flight range. It is what you would call a conventional wheel light, strong enough to handle landings at the airport.

A flying car is a term that is often thrown around and applies to quadrocopters that are not designed for road traffic. Current designs allow the use of wheels and motors to take the aska off the road in an aerodynamic droplet shape.

The flying prototype completed a 35-minute flight between two airports in Slovakia. According to the BBC, it took two minutes and 15 seconds to turn the car into a plane. It was fitted with a BMW engine powered by normal petrol and pumped with fuel, and was in the air for 40 hours.

A flying prototype has completed a test flight successfully between two cities in Slovakia, and spent 35 minutes in air. The Slovak company that carried out the highly acclaimed flight has produced a video showing the flying car doing its thing, landing in the capital Bratislava and driving through the city centre. Video of the test flight shows a prototype flying car flying above 8,000 feet before landing at Bratelava airport.

More stories from Bishnu Bhandari and writers in 01 and other communities.