by Asad Yousaf 6 months ago in history
Report Story

Heartbreaking: The Worst Person You Know Just Made A Great Point 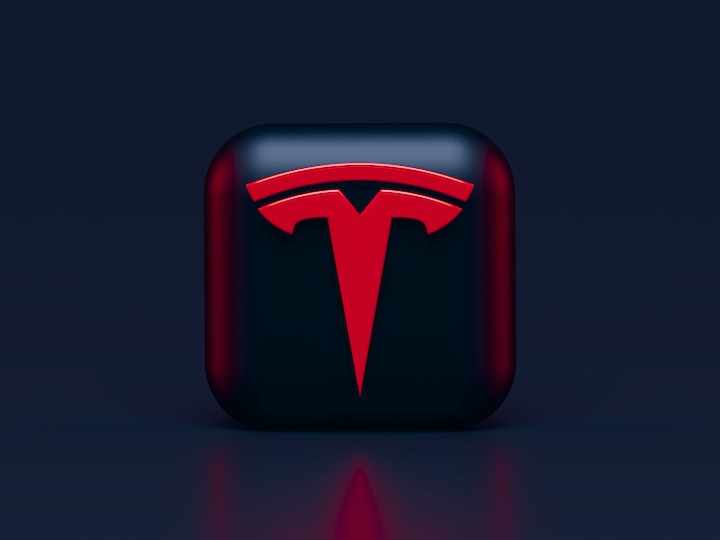 To put it mildly, I am not Elon’s biggest fan. He’s an ignorant, narcissistic, reckless, self-indulgent buffoon who treats his employees like crap, and who just happens to be amazing at marketing himself, which helped him become a billionaire despite running unprofitable companies.

El Musk, however, recently tweeted something that I wholeheartedly agree with: “Web3 sounds like bs”.

The Web3 is an idea, which even Bloomberg admitted is a bit hazy, which suggests we can achieve a decentralised World Wide Web using blockchains. The proponents of this concept like to talk about how Web 2.0 became centralised and controlled by big corporations, and how blockchains, crypto and NFTs can help “give the power back to the people”.

This all sounds wonderful and looks good on paper, but in reality, it’s simply bullshit.

Web3 is bullshit on several different levels, but most importantly, it confuses a political and power-relationship problem with a technological one. According to Web3 believers, blockchain is the technology that can finally allow the Web to go back to its decentralised roots. The truth is, blockchains are not only useless in achieving that, we already have the technology to do that.

ActivityPub is a protocol that has been available for years, and which inspired the creation of fairly successful decentralised, federated social networks such as Mastodon. Any community can create their own ActivityPub instance which is controlled by them — even a single user can create their own server instance if they want to, and federate with other instances. It’s a beautiful architecture that allows people to control who has access to their feeds, and what sort of feeds they are exposed to.

So why haven’t we seen a mass exodus of people from Twitter and Facebook to Mastodon, or similar platforms? The technology is there, the platform is there — all it takes is to register and switch.

The reason for this is that platforms like Twitter have already achieved enormous power and influence, and a large user base that simply stays where most of the people they follow are. There are plenty of stories of people switching over to Mastodon, only to return to Twitter shortly after, because that’s “where all the action is”. Companies like Twitter spend millions on “customer retention”; they help big brands improve their presence online and give users plenty of reasons to stay and stick to Twitter.

The monopolistic nature of the biggest social media platforms is also beneficial to other companies, which can streamline their advertising and marketing campaigns — this benefits the wider capitalist system. The monopoly of the big players is a natural result of the system we have in place.

The Web3 thinking is based on the naive technocratic assumption that technology and “smart ideas” can solve most of our societal problems. Its naivety also expands to the belief that free-market capitalism is the solution to the encroachment of monopolies, and not the system that is in fact actively creating and enlarging them.

There isn’t a technology that will solve this, and this isn’t happening because of a lack of a certain technology. We already have tools to create a decentralised web, and blockchains aren’t even the right technology to begin with.

A blockchain is a form of a digital ledger, which consists of records called blocks. Such a database is managed autonomously using a peer-to-peer network, meaning there is no main, centralised machine controlling the whole infrastructure. Instead everything is controlled collectively by all the nodes connected to the network.

The main purpose of a blockchain, and really the only reason it can be made useful, is to record transactions. It is admittedly a fairly clever way of avoiding the double spending problem — when a digital token is spent twice (or multiple times), that is, transferred to multiple destinations at once. This is also why, so far, the only major use of blockchains is for digital currency, and artificially scarce digital assets (Non-Fungible Tokens — NFTs).

Some people have suggested that NFTs could be used for recording things like deeds and property titles, but it makes little sense to use blockchains for recording anything physical or anything that requires off-chain validation, authorisation, authentication or confirmation — even if we consider the use of oracles. Blockchains only make sense in a digital-only world, and only for transactional data — and so far nobody came up with a compelling dapp idea (decentralized application) that is not tied to cryptocurrency in any way.

This is why when some Web3 evangelists talk about how social media is centralised and how blockchains can help, you know they’re bullshitting you.

Social media posts are not transactional data. You may have “likes” that you can give to posts, but the double spending problem is not relevant here, because you have an unrestricted and unlimited supply of “likes”. We already have decades old technologies like PGP which can prove the authenticity of a post. We already have distributed, peer-to-peer technologies allowing for censorship-proof, decentralised storage of data (such as WebTorrent used by PeerTube).

Unstoppable Domains looks okay on paper, but it’s a for-profit solution that isn’t really as decentralised as it pretends to be: you still have to go through UD to purchase domains. Moreover, getting around a DNS block is quite trivial, and “unstoppable” domains won’t solve the problem of a hard IP block by your IPS if used as a DNS provider.

Projects like the Interplanetary File System (IPFS) are interesting, and were already used to fight against censorship. However, the pricing model is slightly obfuscated, the cost of “pinning” (permanent storage) is a few times higher compared to regular storage solutions. If you’re using a company like Pinata to host (“pin”) your content and guarantee its permanence while you pay a monthly fee, you should start asking yourself how much decentralisation you are really left with if you still rely on your hosting provider and on the caching policy of independent nodes. Moreover, we already have magnet links, Tor Onion services and platforms like FreeNet, which is nearly 22 years old now (the web itself is only 9 years older).

The technology is already here! We have had similar technologies for decades now! …and new technology is not what we need to fight the enormous power of the biggest platforms. That’s bullshit.

Venture capitalists are having a blast — they can suddenly pretend they are radicals who intend to “disrupt centralized intermediaries” and create an Internet “that is owned by its builders, users, and creators”. They can pretend they are the voice of a rebellious generation, trying to take on “the big guys”. However, I’m not really presenting breaking news by pointing out that the only reason VCs invest in Web3 projects is to make a profit.

A lot of the Web3 projects are only branded as “decentralised”, with a lot of them using permissioned (or hybrid) blockchains, where only the company can add or remove tokens, but then the ownership of tokens can be traded independently. As some other writers pointed out, centralization is inevitable under capitalism; and you can’t have real decentralization without a fair and just distribution of power. Cryptocurrency and Web3 does not achieve that at all. What you get instead is “marketization” of power, and we can see where this gets us by looking, for instance, at Bitcoin’s (completely unsurprising) distribution of wealth.

As demonstrated above, the technologies supported by the Web3 crowd aren’t anything new. The main difference here is that all these projects revolve around DeFi and cryptocurrency. This is the real reason why VCs are so interested in Web3: they want to prolong the crypto-bubble. They want to make the projects they have already invested in more relevant, and increase the value of any speculative assets associated with them. They want more people to buy crypto, more money to enter the market to inflate the prices. They don’t care about “decentralisation” or “freedom” or “censorship”. They just want to make big bucks before the bubble finally bursts.

More stories from Asad Yousaf and writers in 01 and other communities.