Some of the not-so-popular "Muscle Cars" of the 1970s, but no less cool when customized. 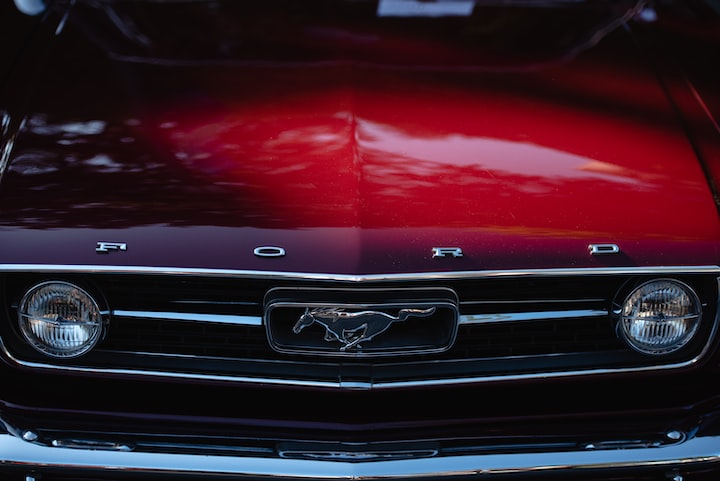 Photo by Sam Warren on Unsplash

Many people might bulk at the idea of the cars I’ve listed below as being Muscle Cars. In this case, I’m calling any car that was built between 1964 and 1979 which has a V8 or even a pumped-up smaller engine that looks cool a Muscle Car. I’ve known several people who took less than popular/less than traditional cars and turned them into head-turning cars that had all the power and performance that the factory-built Muscle Cars did.

I had a friend in High School who’s first car was a 1978 (I think) Ford Mustang II. And not the King Cobra model either. It did have a V8, a 302, I believe it was. It was sort of a Rootbeer brown when he got it. In many ways he was way ahead of his time.

In 1988, I think it was, he had already stripped the paint off and added a very cool flat black primer coat. If I remember correctly, the same thing became really popular in the early 2000’s with Muscle Cars. He also added hot pink trim, which made it really stand out. He was a mostly self-taught and very skilled mechanic and made a lot of performance modifications to the engine. In the end, he had a very cool that pretty much everyone in the area knew and liked.

Some would argue that the Mustang II is not a Muscle Car at all. But they did come with V8s that at the time were putting out around 150 horsepower. Not much compared with the 1964–1973 models or course, but by then none of the Muscle Cars had high horsepower/high compression engines anymore. And the Mustang II was essentially a subcompact, much lighter than many of the full sized Muscle Cars in that time period. The main point though is that Mustang II that probably runs fairly well with V8s can probably be found pretty cheaply.

Some would argue that the Mustang II is not a Muscle Car at all. But they did come with V8s that at the time were putting out around 150 horsepower. Not much compared with the 1964–1973 models or course, but by then none of the Muscle Cars had high horsepower/high compression engines anymore. And the Mustang II was essentially a subcompact, much lighter than many of the full sized Muscle Cars in that time period. The main point though is that Mustang II that probably runs fairly well with V8s can probably be found pretty cheaply.

And yes, they can be made to look cool and perform well. If you don't believe me, check out this awesome 1978 Mustang II.

Other options for mid-70’s subcompact Muscle Cars would be

In case you are doing a double or triple take on the above cars I’ve listed, check out these Youtube videos. Believe me, even these cars can be made to look pretty cool and perform really well.

A tribute car is basically when someone takes a basic model of a car and turns it into one of the top of the line models. In my second article, I included a Youtube video of a 1970 Plymouth Satellite that had essentially been turned into a 1970 Plymouth Roadrunner. Tribute cars can be customized to look like the originals, look and perform like the originals, and often get full Restomods so that they look and perform better than the originals did. Below are some very cool examples, what I assume started out as a 1968 Chevelle Malibu, a 1968 Fastback Mustang and a 1969 Pontiac Lemans. But became a Yenko Chevelle, a Shelby Mustang, and a GTO Judge.

I’ve posted a lot of Youtube videos from various classic car dealerships as well as some from Muscle Car of the Week and others. There is another old car themed Youtube series that I absolutely love called Barn Find Hunters. It is hosted by Tom Cotter and he goes around mainly the US, but a few other countries as well and seeks out forgotten, neglected, or otherwise abandoned cars. Quite often he finds cars that run or could be made to run with a new battery and a basic service to the engine that the owners are willing to sell for very cheap. Also, he will find cars that would be worth the effort to restore or the owner was in the process of restoring them but gave up for whatever reason. Many of those come with all the parts and just need to be assembled. In fact, when I was 19 a friend of mine and I, the same guy that owned the really hot 1971 Camaro that was mentioned in my third car story, bought a barn find 1968 Chevelle SS for $50 bucks. It didn’t have a motor or transmission, was primer gray, and the interior needed a lot of work. The kid we bought it from had planned to restore it but ran out of money and his mom told him to get rid of it. My friend and I never finished restoring it either and eventually sold it as well. The point though is that deals like that are still out there. Just watch a few episodes of Barn Find Hunter if you don’t believe me.

Another sort of similar show I like on Netflix, the first three seasons at least, is Rust Valley Restorer. This show I think can give you an idea of what can be done with a car found in a junkyard if you decided you wanted to take on the challenge of restoring it.

These may not be the dream cars like the ones I listed in my first three articles, but I would be happy to own any of them. If nothing else, they would be fun cars to have as weekend cruisers.

More stories from Steve B Howard and writers in Wheel and other communities.