by Steve B Howard 3 months ago in vintage
Report Story

Some absolutely amazing, but expensive Restomods 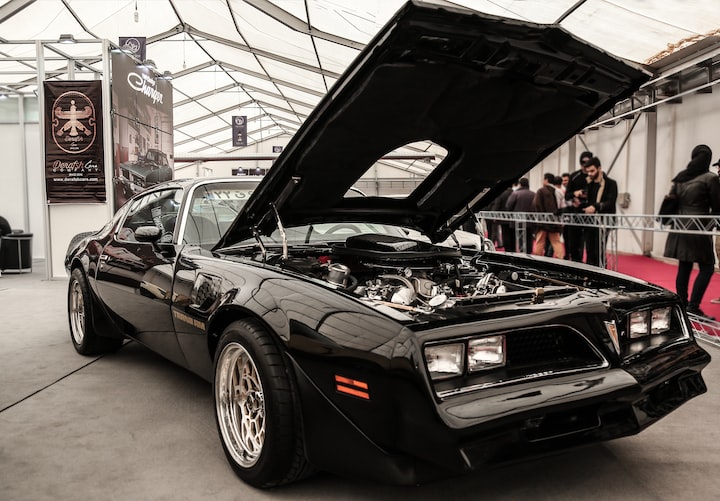 Photo by Ali Moharami on Unsplash

So, I’ve written two articles about 1970 Muscle Cars I’d love to own, plus a few others and one article about fast cars, some of them pretty expensive, that I have owned or at least driven.

Now I want to set my financial reality completely aside and talk about resto-mod Muscle Cars that I would love to own. Let’s face it, between the mid-1950’s and mid-1970’s American car companies did produce some of the coolest looking cars ever. But in terms of performance compared with today’s cars they were almost all seriously lacking. The 1960’s 427 AC Shelby Cobras in terms of 0–60 might be the exception because even back then I think they did it in under four seconds, which is very impressive even by today’s standards.

There was an episode of Jay Leno’s garage where he was comparing a 1970 Hemi Challenger he owned with a new Challenger. I’m badly paraphrasing Jay Leno, but he basically said, “If all you want to do is go fast in a straight line then the 1970 Challenger is still a great looking and fun car, but for everything else, it can’t compare at all with the modern ones.”

This is where, if you have the money, resto-mods really shine. These resto-mods essentially keep most of the original car’s looks, but everything else is upgraded so that the car performs just as well as a modern car does. And when I say “modern car” I’m not talking about a modern Toyota Prius. Some of these guys spend more than a million dollars on these resto-mods and end up with cars that are legit supercars, but with all the cool look and style of the classic Muscle Cars.

If you are interested in seeing some excellent examples Netflix has a few shows like Master Class: Rust to Riches and Westcoast Customs that showcase some of the most radical and best resto-mods on the planet. I also like Rust Valley Auto, which is more about restoring classic cars to their original state rather than resto-mods, but still a great show as well.

I should mention that not everyone is a fan of resto-modding classic cars. Take for example the first car on my list, a 1963 Corvette split-window Stingray. To some resto-modding, a car like that is an abomination.

And if it was a perfectly good car or even one that could be restored to its original state I would absolutely agree. But I think a lot of these resto-mods are actually just the bodies of cars that can’t be restored. Also, we should remember that before a lot of these cars became rare super valuable collectors cars many of them were modified in ways that would make it impossible or just too expensive to restore to their original conditions. Also, if you were a fan of the Dukes of Hazzard as a kid like I was, then you need to just shut up, lol. Think of all the poor 1970 Dodge Chargers they killed to make that show while we gleefully clapped and hooted as the General Lee jumped yet another river gorge.

As with my other three articles, I will try and find Youtube videos that show cars at least similar to the ones I’d love to own. So, without further ado, it is time for me to warp to an alternate universe in which I actually have enough money to buy these dream cars. And when they mention it I will say how much these cars cost to buy, though I think most of us can assume they are light years away from our own budgets.

Absolutely amazing car. My only tiny nit with pretty much all the resto-mods is that even though the engines of course perform far better than any of the originals, they are missing all the beautiful chrome accessories that most of the original engines came with.

If you are interested in comparing what the resto-mod and original 1963 Corvette looked and performed like this is an excellent Youtube video by none other than Jay Leno himself and the expert Corvette restorer that did his for him.

Another small point I’d like to make about the classic restoration vs restomods controversy. Notice in this video the points out that the cowl induction hood isn’t functional. My guess is that it is an aftermarket hood made to keep the awesome look of the originals, but without the need for how the original hoods functioned. I think this is a fuel-injected car, getting extra air under the hood wouldn’t help performance much since there are no carbs to benefit from it. Also, I’m guessing the SS and 454 badges are aftermarket additions as well. For all we know this car may have began its life as a rather tame Chevy Malibu Chevelle. 1970 Chevy Malibu Chevelles were still very cool cars, but I don’t think they are anything like the heavily sought-after SS 454 collector’s items.

You might be wondering why I chose a 1974 Dodge Challenger since because of all the emission restrictions put on US cars that year 1973 was the last year they had the high horsepower and high compression engines. Well, 1974 was also the last year the Dodge Challengers looked cool until they were re-introduced in 2008, I think it was. Because they didn’t perform at all like their 1970–1973 Challenger and Cuda sisters the 1974 cars, even though I think they look the coolest, aren’t anywhere near as desirable as the $100k fully restored Challengers and Cudas are now. So, at about $58,000 I think this resto-mod 1974 Challenger is not only really cool, but great a deal as well.

(I know, I know, what is that doing in an article about American Muscle Cars, but believe me when I borrow a line from Oldsmobile and say, this is not your dad’s, grandpa's, grandma’s, or your dear old aunt Gertrude’s stock Karman Ghia by a very long shot!) Also, I think it is a great example of just how radical these resto-mods can truly get.

The ’64 GOAT is really special to me. My dad bought one brand new in 1964. Unfortunately, as a young guy that liked to street race fast cars, he didn’t take very good care of it and blew up the motor long before I was born, so all I ever got to see was one picture he had of his beautiful salmon colored 1964 GTO. I’m pretty sure if he were still alive he would love this resto-mod ’64 Goat as well.

I absolutely had to include one of these. I think some people would argue that the replica AC Cobras is where retromodding was born. The originals are so rare and expensive that way back in the 1960’s, I think, people started building replicas that looked and probably performed like the original cars did. The beautiful one above is a great mix of both.

And hell, while I’m dreaming bigger than the M-87 Galaxy, why not throw in a completely original 1965 AC Shelby Cobra with the 427 to boot?

This Youtube video is really interesting if you not only like looking at resto-mods, but also if you are interested in doing one yourself. They take a fairly run of the mill 1969 Firebird and show how they turn it into an absolute monster of a 650-horsepower modern supercar. And as I mentioned because of my dad’s ’64 Goat and because the first car I ever owned was a 1975 Firebird, I have a soft spot for Pontiacs.

If you have been reading this article and have read my last two car articles you already know that I am a huge Mopar fan. So, you are probably wondering why I would include a 1970 something Plymouth Scamp. The Scamp doesn’t exactly scream cool. Even the name Scamp isn’t very cool compared with this car’s awesome sisters like the Barracuda, Duster, GTX, and Roadrunner. But I wanted to include this fairly uncool car to show how through customization and resto-modding even an uncool car can become an absolute stunner. The video doesn’t say exactly which year this Scamp began its life in, but I’m pretty sure it is an early 70’s car for sure.

And just in case you don’t believe me when I say these stock cars screamed uncool 80 year old grandma car, here is a Youtube video of a stock original one for you to compare it with. Also, apologies to anyone out there that loves the stock originals. I’m sure they were great cars in their day. I just happen to like the customs and resto-mods a lot more.

I mentioned that a lot of people consider the 1964 GTO to be the beginning of the America Muscle Car era, but I think it is important to point out that people started building custom Hotrods more than a decade earlier at least in the 1950’s. I feel like this very cool 1963 1/2 Ford Falcon carries on and adds a modern twist to the old Hot Rod tradition. Also, from the Youtube video, it sounds like the guy built this amazing car almost entirely by himself in about one year. Pretty inspiring!

I wanted to end with this car. Again, 1950 Mercurys are one of the iconic cars for customizing. And now resto-modding as well. This one is just stunning.

More stories from Steve B Howard and writers in Wheel and other communities.