JW
by Jacob Wolinsky 29 days ago in electric

Bill Gates is using his recent popularity to advocate for electric vehicles, climate change and other things beyond just coronavirus treatments and vaccines. 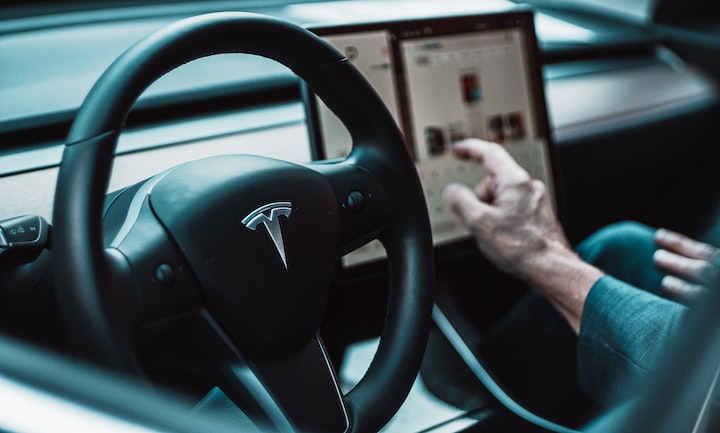 Bill Gates is using his recent popularity to advocate for electric vehicles, climate change and other things beyond just coronavirus treatments and vaccines. In his latest blog post, he rather snubbed Tesla by naming four of its competitors but avoiding Tesla.

He reminded readers of one of his other recent blog posts, which argued that the coronavirus was a cautionary tale for climate change. He renewed his argument that climate change could be even more devastating than the COVID-19 pandemic, pointing out that the economic slowdown which cut global emissions by 8% is not sustainable.

Many of the best-known hedge fund managers in the U.S. also dabble in philanthropy through their own foundations. Bill Ackman is one of them through his Pershing Square Foundation, and we can get an idea for some of his hedge funds by looking at where his foundation invests its money. Funds owned by Pershing Square Read More

He pointed out that the world has made a lot of progress on EVs as it's possible to go out and buy one now, unlike many of the green alternatives he has suggested in previous blog posts. The batteries that power EVs have declined in cost by 85% since 2010, which is making them more affordable.

Increased competition has made more choices available, from compact sedans to sports cars. He added that all-electric pick-up trucks will soon be available "thanks to legacy companies like GM and Ford and new companies like Rivian and Bollinger." Tesla's Cybertruck has received widespread publicity, but it didn't even warrant a mention from Bill Gates in a discussion about electric vehicles and pickup trucks.

The billionaire philanthropist may have left Tesla out of his blog post because he doesn't seem to think much about CEO Elon Musk, although he has praised Musk's electric cars and rockets in the past. He criticized the Tesla CEO recently, suggesting that Musk should probably focus on his job and let the coronavirus experts focus on theirs.

Musk drew Gates' criticism with his comments on the coronavirus pandemic. He has suggested that the number of deaths from COVID-19 is being overstated and that lockdowns aren't needed. He described California's measures to fight the pandemic as "fascist."

Gates discussed the many advances that have been made in battery technology for EVs, touting QuantumScape, a manufacturer that's working on next-generation battery tech. He said he's invested in the company both on his own and through Breakthrough Energy Ventures. He also included this video about QuantumScape:

In his discussion about electric vehicles, Bill Gates also indirectly said the Tesla Semi probably won't work. He noted that batteries are big and heavy, and the more weight that's being moved, the more batteries that are needed, which increase the weight further.

He said even as new battery technology is developed, he doesn't think EVs will be a "practical solution" for 18-wheelers, cargo ships and passenger jets. Bill Gates explained that electric vehicles work for short distances, but another solution is needed for heavy vehicles that travel long distances.

The Microsoft co-founder said that instead of EVs, "cheap alternative fuels" will be needed for such vehicles. The first alternative fuel he discussed was biofuels, although he said today's biofuels are different from first-generation biofuels like ethanol.

Some biofuels are now made from plants that aren't grown for food, meaning that don't need much fertilizer, which emits greenhouse gasses. Other biofuels are made from agricultural byproducts like cornstalks and the pulp that's left over from making paper. Some such fuels don't even require modifications to engines to be used.

He is optimistic about biofuels for vehicles and noted that by using electricity to combine the hydrogen in water with carbon from carbon dioxide, it is possible to create a liquid fuel that works in already existing engines. The carbon dioxide that's used is captured from the atmosphere, but such fuels are very expensive, costing between three and seven times more than fossil fuels.

Bill Gates noted that electric vehicles and alternative fuels will provide a way to move toward zero emissions for transportation, although other measures like using less carbon-intensive materials to make cars, using fuel more efficiently and moving around less will help. However, he added that "massive breakthroughs" in EVs and alternatives are needed to move toward a zero-carbon world for transportation.