K
by Kirsten a day ago in culture

Fleeing NYC for Europe due to COVID-19 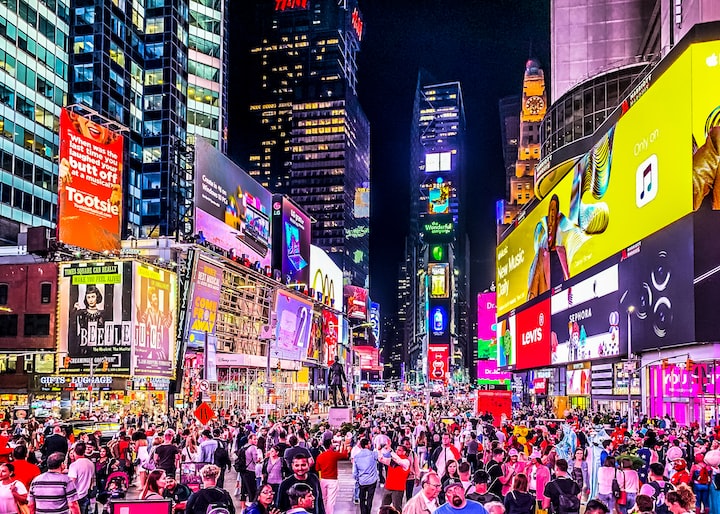 Photo by Andreas M on Unsplash

I grew up in NYC and spent most of my life there, even attending college at NYU. I've seen my city at its best and worst. I remember 9/11 and years from now I will say I remember Gov. Cuomo's press conferences. Still, I've been itching to leave this city for a while. As rent prices and college costs grew, I realized that living in NYC as a young person is often unsustainable unless you have a very high paying job. When I traveled, I found many other cities that didn't have this problem to the extent of NYC, and that people were less stressed and happier. NYC is also often quite disgusting. There are smells of urine, trash, and homeless people who haven't showered. There are rats, cockroaches, and too many pigeons. Now that COVID-19 has driven out many of the commuters, tourists and workers that would create such a high density population in the city, I wonder if these problems will change. Recently my friend in Brooklyn sent me a news article about homeless people being found dead in the subway. This is horrifying. I hope that COVID-19 will wake us up to help these vulnerable populations. Even before the pandemic, I always found the inequality in NYC to be striking considering the extremes of lifestyles on display. I attended an elite private school in Manhattan, and would often see children of the uber-wealthy get driven to school in black SUVs. COVID-19 has only made these differences more noticeable as the poor face more difficulties in beating the disease. For me, living in NYC has lost its magic, perhaps because it no longer feels like a place where anyone with enough drive and a bit of luck can make it. Instead, it has become a place of the haves and have-nots, which is often decided by the lottery of birth. Living in NYC seems like an endless rat race to me, although perhaps this will change as many have fled the city to work from home in various states. I made the decision to move to Europe (a plan I had decided upon before COVID-19) and although it initially appeared to be the epicenter of the disease, I think the way many European countries have responded to the virus has been admirable, as well as reassuring that a universal health care system is the way to go. I have been living in Germany for the past two months and really enjoying the ability to get fresh air, sun and nature without much stress. I feel healthier here.