by L. Redd about a year ago in book reviews
Report Story 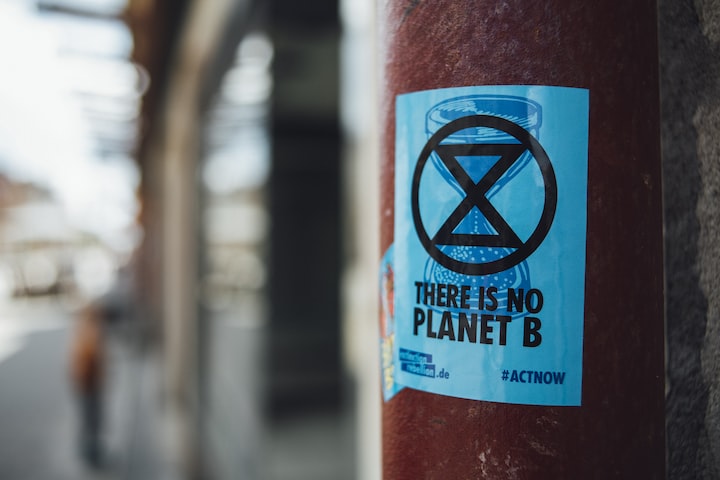 Reading Robinson Crusoe by Daniel Defoe has been eye-opening because it has opened up so many doors for discussion on the impact of not having strong emotional attachments, not only to people but to the environment around you. Crusoe as a character does a lot of listing and cataloging, something that almost seems indicative of what a scientist or any environmental observer at that time or a little later would do, regarding plants and animals. Since this prose serves with an observational function, what we are left with is the mindset of economics and colonial/commercial conquering and trade. Locke’s piece “Of Property” states that nature is without value unless it is labored, and then it becomes property. Crusoe works hard on the island to make it habitable to him, doing so “by hard Labour and constant Application” (Defoe 136). Crusoe sees the island on which he has landed on as a wasteland until he puts “Labour” into it and makes a use out of it. Value is based on the presence of humanity rather than the natural beauty and worth of the land. It now is that commerce and trade transform the land, not that the land transforms over time of its own accord. It is this manmade commerce and trade that makes nature into property, human property.

Property, though, is about ownership. Transforming something and making it your own feels as though it will be only natural to think of yourself as the “Lord of the whole Mannor; or if I pleas’d, I might call my self King, or Emperor over the whole Country which I had Possession of” (Defoe 155). Maybe we humans see ourselves as less than gods, still mortal, but we feel royally responsible, figuratively and literally, over the land which we cultivated and consider possessed by us. More than anything this feels like an issue of hybris, or pride. Crusoe also believes that everything happening in the novel is of God’s will: is it then God’s will for him to use the land to his means? Is it God’s will that humans have extended their agency of the natural world, exploiting it for their own use, or are we overstepping our bounds? Possibly existing deities aside, we have become exactly the empirical, commercial, remorseless system-abiders that Crusoe has for his life. We rationalize, just as Crusoe does on the island, that what we’re doing is more beneficial than leaving nature as it is. Pouring down cement and extracting oil and cutting down trees is doing us more of a favor than not, when really it could not be more opposite.

Being on the island does not exempt Crusoe from modern society. He still makes a chair, recreates a wall, does not go outside that wall hardly ever except to hunt and, on rare occasion, explore. Without even realizing it, he reproduces the society he is separated from, what he no longer has but to which he still feels bound. Still, after twenty-three years on the island Crusoe feels “so naturaliz’d to the Place” (Defoe 198), but only because he himself has naturalized the place as well as he can to his liking. He has recreated the society he is without, but minus trade and commerce, and it is this that makes him feel well-adapted to the place more than anything else. Still, though, he is surprised when new creatures show up, including cannibalistic humans, so how is he truly well-adapted to a place he hardly knows outside of his own private sphere? He only thinks of his own “Self-preservation in the highest Degree” (Defoe 214), which of course is warranted: just because humans are exploiting the world does not mean we do not have the right to protect ourselves, especially stranded on an island, but everything he makes and does is self-preservation elevated to think of himself better than the land, of Friday, etc. He increases his provisions but does not appreciate what nature has given him: he continually takes and does not give back. However, Crusoe’s way of life is alluded to everywhere, including one of Elizabeth Kolbert’s friends, who “camped out on a ledge in the cliffs…‘…a bit Robinson Crusoe-ish,’ he tells [her]” (Kolbert 117). What Defoe has written about a man named Crusoe does have a global effect and intrigues readers of different ages and cultures, but is it merely Crusoe’s self-sufficiency that makes the book popular? Can we imagine ourselves doing the same thing? Has it become a universal book with a message for any age?

In a way, yes. Humanity wants to tame the wilderness. We like making our lives easier and have always sought to. It started with Europe and spread into the surrounding continents like wildfire. We want to recreate nature, to make it more valuable of an asset for us. Then what is the difference between exploitation and use? Eventually, Crusoe claims ownership of the island—“my Island” (Defoe 235)—as though it is a piece of land he bought. It is here he believes he has tamed the island, that he has made it valuable and of use to him, and it will only increase in value. He does not care about the plants and animals unless it has a use for himself; he craves the island’s abundance to be used only for his gain. Furthermore, he obsesses over the idea of inventory, cataloging, keeping count of everything. It is not how much it is really worth but, again, how much he can use—exploit—it for his own gain. Defoe himself even writes that without all of this, without ownership, making human value of the land, preserving only yourself, trade/commerce, there would be none of the commodities we have, and that holds true for today.

Are the masses about to tear down infrastructures? Are we about to retreat to the woods and hunt and gather only what we need? Unfortunately, no. We have overpopulated and outstayed ourselves on a planet that will begin to weed us out if we do not take action to save as many people as we can now. But who wants to take action when we have laptops and iPhones and comfy mattresses and microwavable food and more alcohol and drugs than the mind can imagine? Continually, we numb ourselves by satisfying only immediately instead of satisfying for the future. If I run a mile every day, it will satisfy me for the long run (no pun intended) when I am stronger and can navigate on my feet better. If I check Facebook every day, it will satisfy me for a moment, but I will always go back to looking at it, seeing what people are up to. If we use the commodities as isolation, then our demise truly is evident. Can we avoid being the sixth extinction? And if not—how do we save as many people and animals and plants as we can?

reddwritinghood.carrd.co for links to my work on AO3, Kindle Vella, and more

More stories from L. Redd and writers in Wander and other communities.