Top Things to do in Vancouver

by Raj Bains 6 months ago in canada
Report Story

If boring were a city 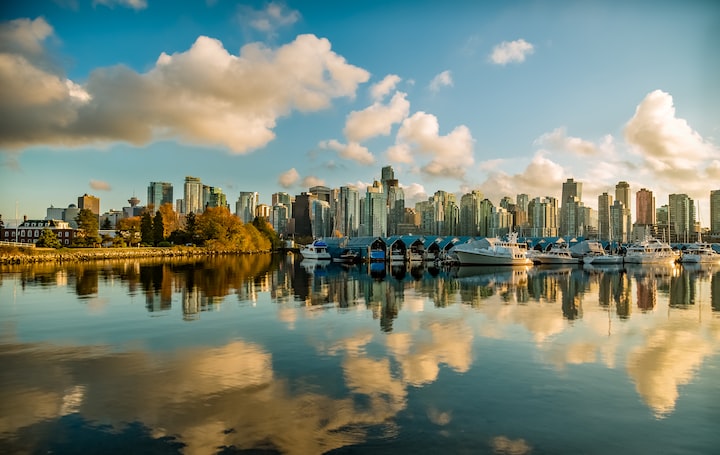 Photo by Mike Benna on Unsplash

Being a native Vancouverite, I think I am qualified to speak on the topic of travel activities in my city. Do I like Vancouver? It’s complicated. But every year thousands of hopefuls flock here to look at the mountains, look at the water, and look at the trees. They eventually leave when they realize how expensive everything is here and that the scenery doesn’t cover the living costs. It doesn't help that Vancouver is known as the "boring city." Anyway, here are the top things to do in Vancouver.

It’s not exactly the Louvre and it’s not the next best thing, but at least we have an art gallery. You can get in via donations on Tuesdays from 5-8 pm and children under 5 get in for free.

Who doesn’t love the symphony? Well, unfortunately, a lot of people don’t. But if you do, we have a symphony.

Seeing as to how local theatre is non-existent, you could always wait for a show at Queen Elizabeth Theatre. Every now and then they do have some great shows.

If you want to walk through a big ass park, then you’ll love Stanley Park. You may even get mauled by a coyote, hit by a cyclist, or swept out to sea when the sea wall collapses.

It’s a long bridge you can walk over. Don’t look down. Or do. Who cares.

You can buy shit here and there is a brewery where you can drown your sorrows and think about why you ever came to Granville Island. It’s not even a real island.

No, they don’t have sharks, orcas, or anything cool to look at. I’m surprised they haven’t shut this place down yet.

You can look at flowers and shit here. A great place for date night I guess.

I came here as a kid. I can’t tell you what it’s like now.

A seriously underwhelming park. You can picnic here or eat at the overpriced restaurant at the top.

I was unaware we had this.

If you’re in the mood for some laughs, you can try Yuk Yuk’s. It’s basically the only comedy club we have left.

Technically, you have to leave the city to do this, but if you feel so inclined, you can walk up the side of a mountain and take a picture at the top. Yay. My theory is that people hike because they can’t afford to do anything else. There’s even a chance you’ll be charged by a mountain lion.

Once again, you have to leave the city, but if you want to be closer to the mountains, Whistler is actually pretty nice, albeit expensive.

Vancouver’s nightlife is nothing to write home about it. The days of late-night raving are gone. Everything shuts down around 3 am if you’re lucky. Be prepared to pay for overpriced drinks that'll make you think twice about going out.

You can always go to a dispensary and toke up wherever you want. No one cares.

In all honesty, Vancouver is really boring. Unless you enjoy the outdoors, you’ll find very little to do here. No culture, no class, just big money sloshing around in real estate. Not to mention the shit weather. I like a fair bit of rain, but this place takes the piss, literally. With all that being said, I still love to hate my boring city. It’s like being in a toxic relationship. Maybe I'm the problem, but I refuse to see it that way. You see, it’s complicated.

More stories from Raj Bains and writers in Wander and other communities.