by Jacqueline Wilson 8 days ago in america 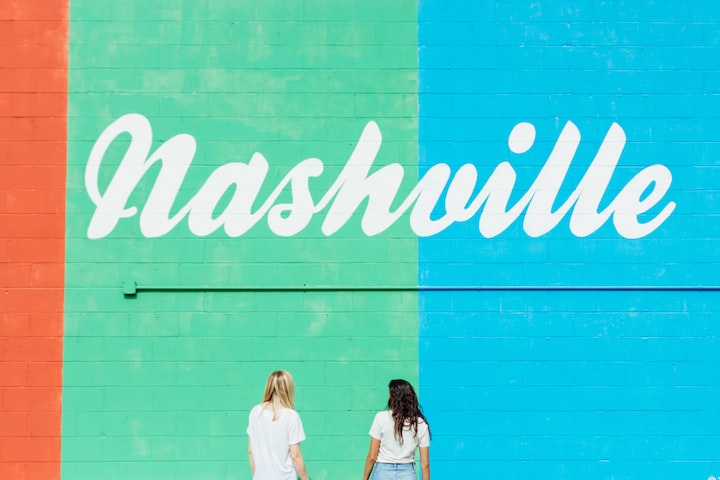 Photo by Katy Anne on Unsplash

I have not been to my hometown in two years. Nashville, Tennessee is my home. I often visit there when I can, but because of the COVID-19, I’ve been stuck at home and plans of visiting my hometown this summer has been cancelled.

Nashville is home to country music and I absolutely enjoyed going to Grand Ole Opryland. I’ve been dreaming of going back home and enjoying the food, family and all the attractions that Nashville has. One of my favorite places to go to when I’m in my hometown, is The Parthenon museum. There, you will get an opportunity to view the Greek Goddess, who is approximately ten feet tall. At night, it’s believed that she comes alive and walk through the door that’s also on display in the Parthenon. 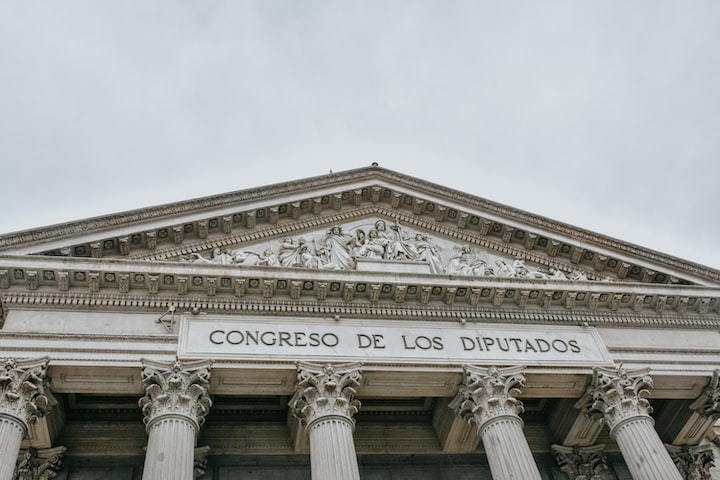 By Yuni Martin on Unsplash

Recently, I learned that the house that me and my siblings lived in has been torn down and there’s newly built homes on the land. I took a virtual tour through the neighborhood and it brought back my childhood memories. I really liked the fact that I could take this virtual tour. The neighborhood is different now and many changes have happened. The neighborhood is still well kept and the new construction has made the home value go up in pricing I checked on one property that was selling for over $200,000. Despite that pricing and if I had the opportunity and money, I would go back home.

It’s beautiful in Nashville and I recently learned that the property values went up because there’s been such a high influx of people relocating there. Mainly because of Opry Land and Music City. Most of the country singers like Blake Sheldon have relocated there for their country music careers. Opry Land is also of the attractions I enjoyed attending when I was living in Nashville. Other places to visit in Nashville are:

Back in 1999, I know that’s a long time ago, but I went on a tour of Andrew Jackson Hermitage and Belle Meade Plantation and it was like I was back in time. I saw the ‘main house’ where the slaves performed their duties and, I saw the slave’s homes as well. I Remembered that it was a long dirt road leading up to the mansion. There were ladies and gentlemen dressed like the early 1900’s. It was definitely an educational trip. 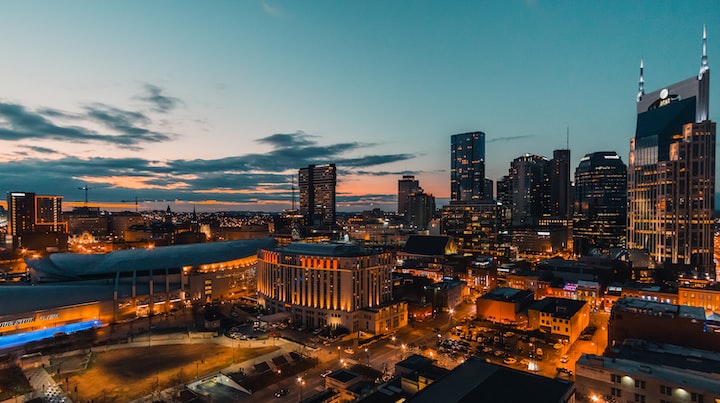 By Brandon Jean on Unsplash

I also had the opportunity to visit Lookout mountain with my family. Lookout Mountain has a steep incline railway, Ruby Walls, and waterfall set in cavern. I remember climbing the steep stairs just to get to the top of that mountain and look down through the looking glass (binoculars). It was a beautiful site up there. Finally, certainly not least, is the Grand Ole Opry Land Park. This attraction is a place you definitely would want to visit. I enjoyed the lights, the country music and the food. You can walk along the sidewalks on Opry Land and hear the country music.

I went on a virtual tour of my old neighborhood and I didn’t know where I was because that area has new construction. check out the virtual tour:

I have been reminiscing about this beautiful neighborhood and I could return back not only to my home state, but the neighborhood as well. It would be a trip down memory lane if I relocated there. Many of my childhood experiences were very pleasant there. I remember playing with my siblings on the hills of Nashville. We would ride our bikes down the hills just to see who could get to the bottom of the hill first. I recalled a time when we raced and as I got to the bottom of the hill, I jumped off my bike and let it roll down the hill and the it hit a tree and split in half. That bike was a new bike I had just gotten for Christmas. When my siblings and I went home, we told our mother what happened. She was not angry, but she asked what happened and I told her I was afraid and let the bike go. This is really halarius, but in actuality, I was truly afraid of that high hill.

I often wonder how did I liked to play on the high hills of Nashville? I was a child then and most children like to play dangerously. As I became an adult living in the north and visiting my hometown, I discovered that I do not like the hills of Nashville. Especially driving there on the icy roads. It can really get icy there because Nashville does not get the dump of snow we get here in the north. In the early days of 1972, I remember one snowy day of 10 inches and I also remembered getting a bike for the Christmas season. Coincidentally, that’s the same bike I rode down the hill and crashed it into a tree resulting in it braking in half. Despite of that, I really enjoyed riding my bike around town with my siblings. 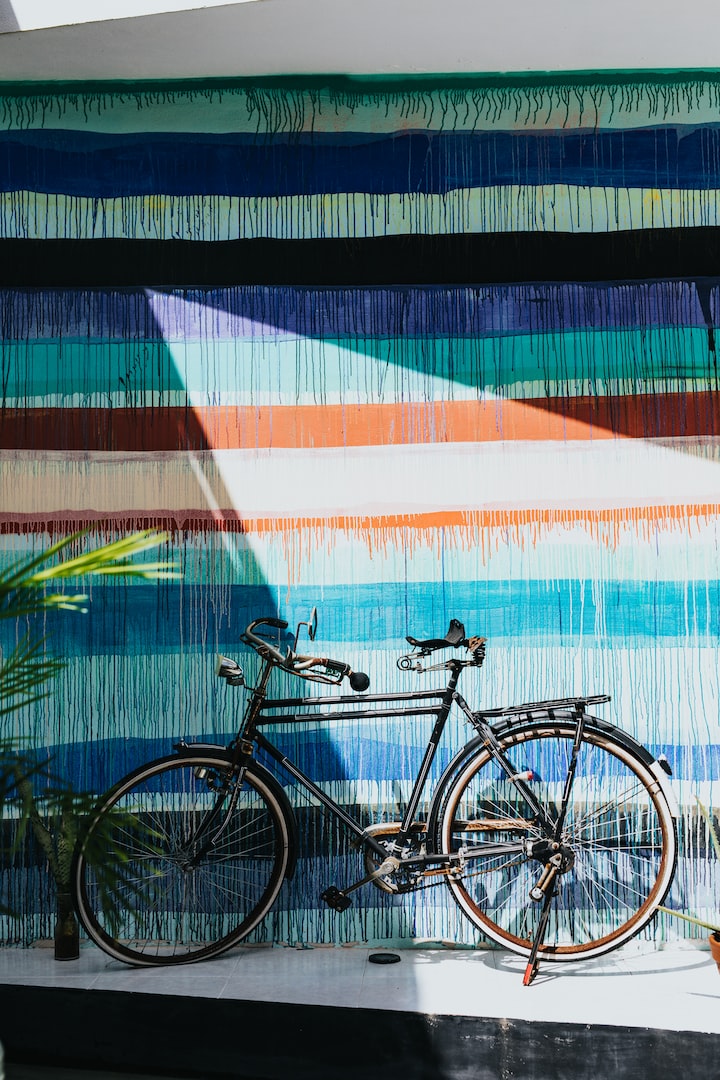 By Nathan Dumlao on Unsplash

I have so many good memories of growing up in Nashville and my mother and father were good and caring parents. I can’t say that they did everything correctly, but what parent does? I believe that children do not come with an instructional manual and having three children of my own, I can truly say, “This is true.” I’m also a grandmother of six grandchildren and I enjoy the role of a grand parent. So, looking back to the time I was a little girl living in the south, leaves me with good memories.

I remember my mom cooking my favorite meal, which was Sauerkraut, Mashed Potatoes and Cornbread topped off with a Lemon Cream Pie for dessert. Of course, we couldn’t have that pie until after the main meal. My mom never cooked instant potatoes. She always made them fresh and her cornbread was not boxed like the Jiffy Cornbread mix. If you’re from the south or have eaten Southern food, then you would know what Sauerkraut tastes like. It’s a sour tasting food made from cabbage that’s simple to cook. My mom was really good cooking it and I loved eating it. 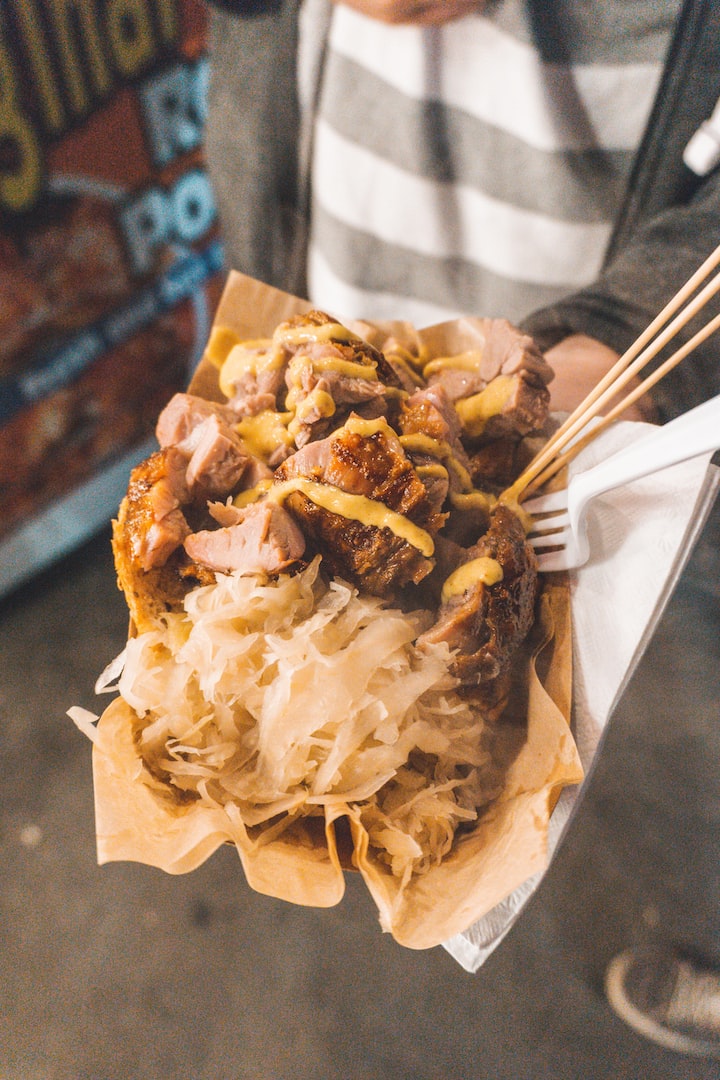 By Jae Park on Unsplash

Finally, I also loved those Pecan Pies my mother would buy from the local bakery. She would take me on the ride to the bakery with her and when we returned home with those pies, I was sitting right at the table with knife and fork in hand ready to eat that pecan pie. The main ingredients in Pecan Pies are, of course, the Pecans and the Karole Syrup. It is very rich, but a delicious sweet treat. Today, I bake Pecan Pies and it’s a tradition passed down from my mother. Living as a child in the South was fun, happy, adventurous for me and I’m really considering going back home.

Nashville is known for its AT&T Building with ‘Batman Ears’ on its tower that’s 617 feet tall with a 33-Story Skyscraper completed in August 1994. It is considered the tallest building in Nashville, Tennessee. 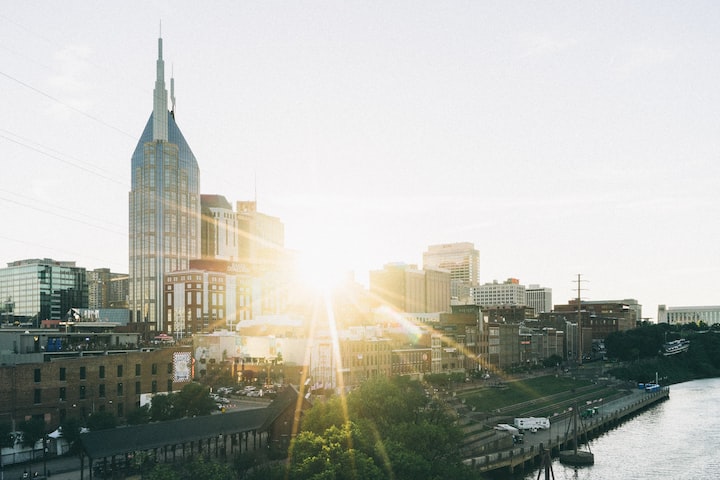 I’m an aspiring entrepreneur looking to get some online business presence. I also enjoy writing and I’d like to share my content on Vocal. This is a great opportunity for me.

See all posts by Jacqueline Wilson →