The Futures of Giants

by Rose Leffler 3 days ago in airlines

What I think is in store for Boeing and Airbus. 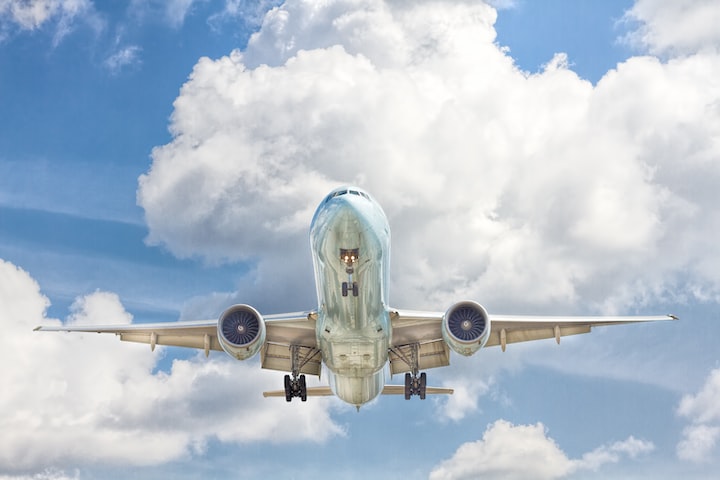 While the phrase is mildly funny and implies that someone might have learned something about airplanes at some point, the truth is, most travelers don’t care what kind of airplane takes them to their respective destinations (unless it’s a 737 Max or DC-10, in which case they become experts). Economy travelers buy the cheapest ticket, but more happens internally, and the market is much more complicated, than most of them realize.

An Airbus generally carries more people, but a Boeing carries them farther. Demand for travel changes with disposable income, which often depends on the state of the economy (Mason, 2007). Boeing is known for carrying business travelers (Mason, 2007), and the range of its aircraft allows for more direct flights, simultaneously reducing emissions (43airschool, 2019). Airbus employs a different philosophy; their airplanes are people carriers, and they’re the people that make airports so busy (43airschool, 2019).

This difference seems to suggest Boeing, which makes its money from miles traveled rather than seats filled, would perform better during times of economic downturn. However, because travelers on Boeing aircraft are more likely to be business travelers, times of economic downturn means less demand for less-traveled airports (43airschool, 2019). At the same time, the less efficient Airbus will struggle to fill seats. According to Mason in his article Airframe manufacturers: Which has the better view of the future?, “the airline with the more direct routing and the smaller carrier will most likely capture higher yielding passengers. The carrier with the larger aircraft size may lose passengers unless they drop fares, and even if it does it may have too much capacity for a contracted demand and make losses” (Mason, 2007).

That means airlines more dependent on Boeing are more likely to succeed in times of economic downturn, while low load factors will cause problems for those leisure-dependent airlines running Airbus. Mason goes on to say that “leisure travelers are price elastic,” they’re limited in the number of vacations they can take in a year, and “in good economic conditions and in very dense and congested markets the A380 will provide the additional capacity to increase revenues for operating airlines” (Mason, 2007). It seems, then, in a bear market, the price-inelastic business traveler will pay for (or be bought) a ticket regardless of economic conditions. During a bull market, the price elastic leisure traveler might spend some of his/her disposable income on travel and inflate the load factors (Mason, 2007).

Of course, the article was written long before the Covid-19 pandemic and the great 737 Max Disasters of the late 2010’s. Boeing first took a financial hit when the Max’s reputation took a hit, and when Covid-19 showed up uninvited, took another (Oestergaard, 2021). The company saw sales tank far below what they’d achieved in years prior, and far below their competitor’s. While Airbus suffered too, it didn’t take anywhere near the loss Boeing did. The manufacturing giant saw a slight recovery last year following intervention from the FAA, and airlines began ordering jets again. However, the numbers were still eclipsed by Airbus (Oestergaard, 2021).

No one can be sure what the future holds for these giants, but Airbus’s “environmentally-friendly” projects for future aircrafts will likely prove popular in the current political climate. Why is “environmentally-friendly” in quotation marks? Using hydrogen to power aircraft right now is impractical and not at all zero emission, according to a BBC article. “Most of our hydrogen supplies today are derived from methane—a fossil fuel—which is mixed with steam at high pressures. It is an energy-intensive process that creates significant quantities of carbon dioxide” (Morris & Leggett, 2021). Airbus’s efforts should be applauded, but they’re far from leaders in reducing emissions.

Airbus also relies more heavily on automation than Boeing, and pilots have little control over the airplane, even when they want it (43airschool, 2019). After the 737 Max accidents, people may have an increased desire for Airbus’s automation over Boeing’s.

Boeing, on the other hand, is focusing on recovery. When the 737 Max started to cause problems, they put their plans for a “new midsize airplane” (potentially named the 797) on the back burner. However, according to the same Simple Flying article, the new jet may be exactly what the world needs after the pandemic. Its reduced seating capacity could efficiently meet lower demand in the recovering market (Hardiman, 2021).

In the long run, I think Airbus is, unfortunately, more likely to succeed than Boeing. In the past, we’ve seen aviation manufacturers like McDonnell Douglas be swallowed by companies like Boeing in the wake of an accident (43airschool, 2019). While I don’t think the 737 Max is the end of Boeing, I also don’t think these companies can compete indefinitely. One will eventually be swallowed by the other. In addition, Airbus’s involvement with automated air taxis will push at least part of the company into the future. Ideally, Boeing will make a healthy recovery and the companies’ competition will prevent a monopoly from forming. Nothing good comes from monopolies.

Forgetting the differences in business philosophy, the planes will probably still be indistinguishable to the average passenger, and I’ll book a flight on either airplane. A couple crashes every once in a while doesn’t mean the entire fleet is compromised. If it ain’t Boeing, I’ll go anyway. As for which I’d rather fly? Boeing. Automation will put me out of a job.

i like my boyfriend and airplanes and that’s about it

See all posts by Rose Leffler →