Most Haunted Places in America

by Nicole Waite 25 days ago in america

For the Tourist Intrigued by the Paranormal 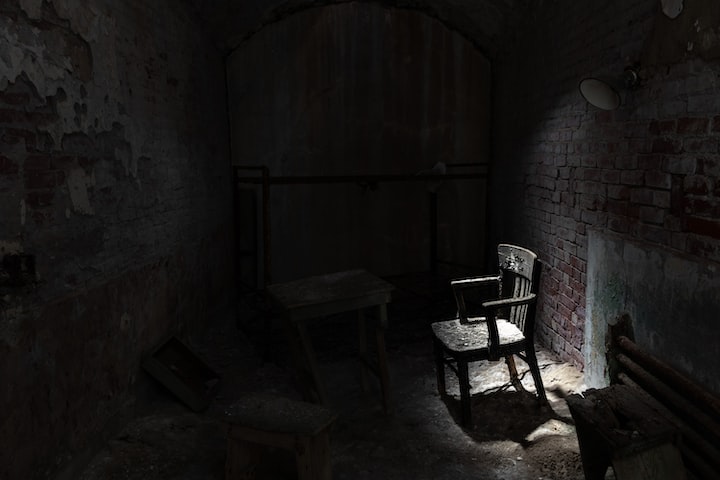 Photo by Spencer Tamichi on Unsplash

The earliest discovered records for this property were sourced from 1894. The house was purchased from the original owners by Dr. John and Jessie Gibbons. The Gibbons adopted orphaned children. One of these children was a little girl named Rachel. After starting a fire in the parlor, Rachel died two days later of her injuries. A ten year old girl, believed to be Rachel, is still spotted running around the house by visitors.

Another child, ten month old Elizabeth, mysteriously died in the master bedroom. Still to this day, nobody knows what caused her death. Visitors have reported hearing a baby cry and smelling baby powder in this room. After a case of severe pneumonia, Jessie died in the same bedroom. Guests have often reported trouble breathing or coughing while staying in that room. Paranormal activity involving doorknobs moving and doors opening on their own with no explainable reason has been reported.

In 2020, the estate was sent to the market for sale including it’s ghosts!

Built in 1858 by Alexander Hannah, the Hannah House was a frequented stop during the Underground Railroad. One night, a group of escaped slaves were killed after an oil lamp was knocked over. Being a well-known member of society, Alexander buried the bodies in the dirt floor of the basement to hide his secret. It is believed that the buried slaves still haunt the Hannah House to this day. Visitors have reported hearing whispering and disembodied voices in the cellars accompanied by cold drafts and doors opening on their own. Occasionally, rotting flesh can be smelled from the bedroom. A full-bodied apparition, of what many believed to be Alexander Hannah, has been seen in several locations on the property.

This mansion has served many purposes over the years. It’s been a home, a school, a church, and even a parts warehouse. It was built on the center of a 450 acre plantation, home of Dr. John R. Drish and his wife Sarah Drish. It is rumored that Dr. Drish was an alcoholic and died from a fall on a stairwell as a result of a drunken stupor. The rumor goes on to say that Sarah kept candles from her husbands funeral with wishes to use them at her own. Her family never found them. Many have reported seeing this house on fire, although there was no evidence of a fire being present. Strange lights have also been seen coming from the house.

The Drish House is now a popular event facility where you can host parties and throw weddings!

Featured in several documentaries and tv shows, the Waverly Hills Sanatorium was once a hospital that housed tuberculosis patients. In 1914, a children’s wing was added to the hospital which housed not only sick children but also children of the patients. The hospital was ravaged by “The White Plague” or an outbreak of the disease they were trying to contain. The hospital closed down after the discovery of streptomycin, an antibiotic that effectively treats tuberculosis. Rumor has it that this sanatorium may one day be converted into a hotel.

An overrun psychiatric hospital for the mentally ill during the 1800’s. Some patients are still thought to reside on the property. During the beginning of the Civil War in 1861, the hospital’s construction came to a halt as it was utilized as Camp Tyler for the Union.

Fun fact: This haunted location is featured by Bethesda Game Studios as Fort Defiance in Fallout 76.

Home of Thomas Whaley and his dear family, this house has held a title of being one of “the most haunted house in America.” as described in LIFE magazine. The Whaley family believed the house to be haunted by a man who was hung on the property after stealing a boat. Recent visitors to the property have claimed to see apparitions they believe to be Thomas and Anna Waverly. In addition to it’s disturbing history, the house was also built on top of a graveyard.

Being the oldest hotel in Texas, the Excelsior Hotel has welcomed many famous historical guests over the years including Steven Speilberg, Oscar Wilde, Rutherford B. Hayes, Lady Bird Johnson, Ulysses S. Grant, and more! It has been rumored that Speilberg’s encounters in Room 215 inspired Poltergeist.

Legend has it that the Bell Witch Haunting was an attack by an invisible entity with the ability to shapeshift, speak, manipulate the environment, and move at an inhuman rate of speed. Martin V. Ingram published his book Authenticated History of the Bell Witch which gives a primary source of detail regarding the local legend. Skeptics have claimed his work to be fiction, while other’s experiences has convinced them otherwise. The Bell Witch Cave has been a pinpoint of continued investigations.

Thirty- two people were killed by an arson attack in the lounge where the Metropolitan Community Church (the first identified homosexual church in the US) met. The bar was once considered a safe haven for the gay community, yet not all bodies killed in the attack were identified by family members. It is believed that some families may have been ashamed to admit they had a gay son. The ghost of these members are believed to haunt the Jimani Lounge looking for closure. Patrons have reported full bodied apparitions and faint smells of burning hair.

Many executions took place in this prison. On top of it’s dark history, the prison is rumored to be built on top of a sacred Indian burial ground. Visitors have reported seeing a “Shadow Man” and many other apparitions roaming the prison.

You can schedule a tour through the facility!

Formerly known as the the Athens Lunatic Asylum, The Ridges was a mental hospital offering care to Civil War veterans, violent criminals who suffered from psychiatric disabilities, and even children. The hospital was well known for practicing risky lobotomy procedures. Many have reported paranormal sightings on the property.