Hottest Temperature Record for Each Month of the Year for Tampa, Florida

by Joe Dorish 5 months ago in america

Warmest Temperatures for Every Month in Tampa

Tampa is one of the most populated and most visited cities in the world. For all the people living in the Tampa area and all the tourists thinking of visiting the city, here is a list of the hottest temperature records for each month of the year.

The temperature records below date back to 1890. All the data is from the National Weather Service.

The record high temperature for January in Tampa is 86 degrees, which occurred on January 1, 1991, and was matched on January 31, 2002. It's been 80 degrees or warmer in Tampa in January countless times since 1890.

One of Tampa's most popular events, the Gasparilla Pirate Festival, kicks off annually in January and is a great tourist attraction for the month.

The record high temperature for February in Tampa is 89 degrees, which occurred on February 20, 2018.

The record high temperature for March in Tampa is 92 degrees, which occurred on both March 25 and March 30, 1907.

The best place to visit in Tampa in March is the Florida Aquarium located at 701 Channelside Drive.

The record high temperature for April in Tampa is 96 degrees, which occurred on April 29, 2017.

April is a great month to head over to ZooTampa at Lowry Park located at 1101 W. Sligh Avenue and see over 1,300 wild animals housed here.

A great place to visit in May in Tampa as the weather turns nice is Empower Adventures Tampa Bay located at 423 Lafayette Blvd in Oldsmar where you can have amazingly fun zip line adventures.

As the weather stays nice in June, it's a great time to visit some of the beautiful beaches in the Tampa area like Ben T. Davis Beach, Sand Key Park in Clearwater and Sunset Beach in Tarpon Springs where you can soak up some of the famous Florida sunshine.

July is a fun time in Tampa to cool off at the Adventure Island water park located right across the street from Busch Gardens at 10001 McKinley Drive.

The record high temperature for August in Tampa is 98 degrees, which occurred on August 22, 1975.

The record high temperature for September in Tampa is 96 degrees. That record high first occurred on September 5, 1941, and has been matched at least eight more times since then.

The weather is still pretty good in September and it's a great time to visit the Big Cat Rescue animal sanctuary where over 80 lions, tigers, leopards and other rescued big cats live, located at 12802 Easy Street.

The record high temperature for October in Tampa is 95 degrees, which occurred on October 9, 1941.

As the leaves change over and Halloween nears in Tampa, October is a great time to visit the Howl-O-Scream haunted houses located at Busch Gardens at 10165 N McKinley Drive.

The record high temperature for November in Tampa is 92 degrees, which occurred on November 4, 2015.

A great place to visit in November is the Museum of Science and Industry located at 4801 E Fowler Ave in Tampa.

The record high temperature for December in Tampa is 86 degrees, which occurred first on December 8, 1972, and has been matched at least nine other times since.

Celebrate Christmas and have fun in December in Tampa by visiting the Enchant Christmas extravaganza that includes the Christmas Light Maze and the Christmas Market located at Tropicana Field in St. Petersburg. 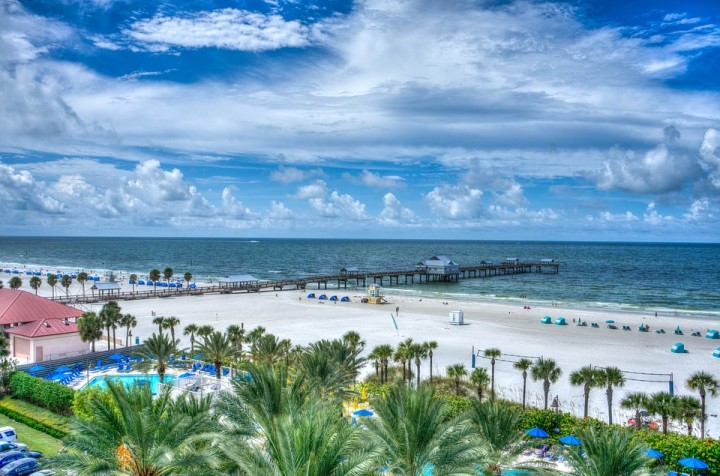 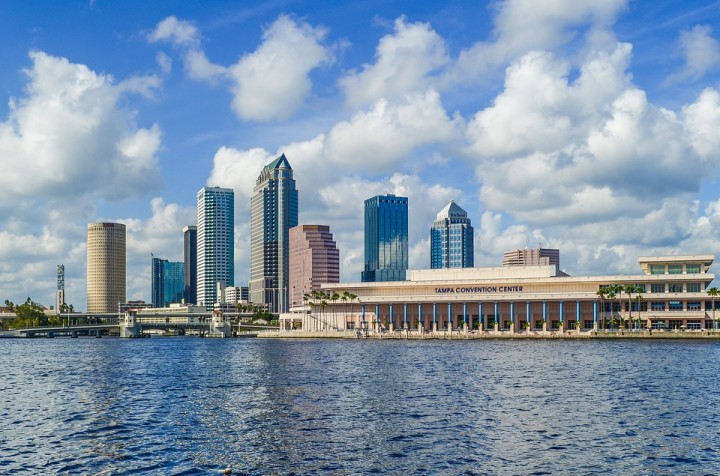