by Roselyn Violet 21 days ago in africa 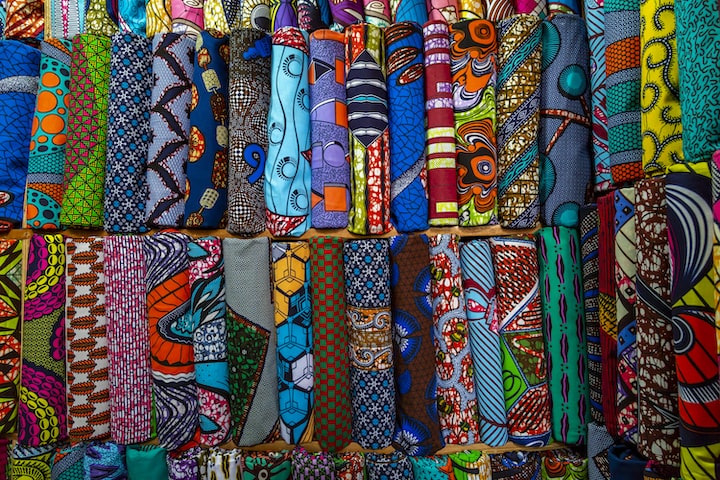 Anyone who has basic knowledge in Geography (and common sense) knows Africa isn't a country. It is a big bulky mass of 54 countries in it. Although I've never gone to Africa or have any ties with it, I've always loved the continent. Its diversity, culture, mysteries, and beauty always excited me. I would love to visit it someday and explore it more.

"The continent is too large to describe. It is a veritable ocean, a separate planet, a varied immensely rich cosmos. Only with the greatest simplification, for the sake of convenience, can we say 'Africa'. In reality, except as a geographical appellation, Africa does not exist - Ryszard Kapuseinski "

But, sadly, that's not how the western media portrays it. Firstly, the western media describe it as a country. And then, they label it as something huge, dirty, underdeveloped, corrupt, full of criminals, and HIV. And what about the people and children who access this stereotypical information? We see Africa as a "country" to be away from at all costs.

I don't blame them as well. If I hadn't done any research and studies about Africa online, I would've been like them too - stereotyping and subsequently hating Africa. And when I was researching, I realized that I believed in some stereotypes too. The internet has taught us to hate the mother continent.

But, it is high time to kill all these misunderstandings in our society and be a little less polarized. #StopAfricanHate

Below are six stereotypes debunked about Africa and its people.

Huh, if you believe in this, you're being transparent enough to show that you didn't focus on your Geography lessons at school. Since your geo teacher couldn't do the job, I will.

There are seven main chunks of land in the world called continents. We have seven continents: North America, South America, Europe, Asia, Australia, Antarctica, and Africa. These seven gigantic chunks of land have different countries. Just like Europe has 44 countries, Africa has 54.

In short → Africa isn't a country. It is a continent that has countries in it.

Somebody recently told me that they think Africa is overrated in its size. Mark his exact words: "Africa ain't that big at all. It seems overrated in size to me. And you know, maps aren't that accurate."

Maybe you think the same way, just like that guy does. But his sentence isn't completely accurate, just like maps. Every map made in this world is a little bit inaccurate because the earth is spherical (flat earth believers, stay away), and converting a sphere into a flat surface causes distortions.

#3. Africa Is All Hot All The Damn Time

Just like most of you, I had this mental image of Africa that it is all hot and no rain or snow. But, I've learned some new facts.

Did you know it snows in Africa? Ever heard about Lesotho? Lesotho is Africa's coldest country, due to its altitude. The average temperature in Lesotho is 15.1 degrees °C. Something you didn't expect. And sometimes, it snows there too. Many east Africans see snow and ice on a daily basis if they live near the snow-capped mountains such as Mt. Kilimanjaro (Tanzania), Mt. Kenya (Kenya), or somewhere in places such as Morocco and Sutherland (South Africa).

This doesn't mean the deserts do not dominate the temperature there. There are many ruthlessly hot places in Africa, but it has other different climates too. There are a lot of temperature variations due to the huge size and other climate-impacting factors.

Not all of Africa is a Sahara Desert. That's the image we've all had.

#4. Africa Is Poor and Not At All Innovative

Yes, there is poverty in Africa, just like in the other continents. But, not everyone is poor. The amount of middle-class Africans has tripled over the last thirty years. And people are getting more stable than they ever did. It is developing, and there has been a spread of innovative ideas.

According to this research, across the African continent, the relentless spread of networks, sensors, artificial intelligence, and automation is driving a revolution to an unknown destination. Emerging technologies such as CCTV cameras with facial recognition systems, drones, robots, and "smart cities" are proliferating.

Here's a video by Nas Daily depicting a hidden gem of Ghana. And you have the nerve to say Africa isn't innovative?

This is the equivalent of saying people in Europe speak Europeans. Do they? No, right? And so don't the Africans. There's no language called African - There are African Languages.

Africa is the most linguistically diverse continent, and it has more than 2,500+ languages spoken by different people and tribes. Some of the languages spoken are Arabic, Somali, Berber, Amharic, Oromo, Igbo, Swahili, Hausa, Manding, Fulani, and Yoruba.

Yes, many places in Africa are really very dangerous. But, repeating this statement the hundredth time, Africa isn't a country. Countries like Rwanda, Botswana, Mauritius, Namibia, Seychelles, Ethiopia, Morocco, and Lesotho are the safest places in Africa.

It's funny that a small continent like Europe isn't generalized but a three times larger continent is.

There are just six stereotypes, and there are many hundreds and thousands of others about Africa. It's high time to educate ourselves and others, and not infect the world with these stupid stereotypes. Because not just the western media, but we, the people, the common men, spread them.

Let's be a little less polarized.

Hey there, I'm Roselyn Violet. My penname means "violet beautiful roses." I've been writing online since the past two years (and have been loving it). And I'm currently writing a poetry book.

Here I am: Vocal is my therapy.