An innocent trip in the valleys of nature

by Vishal Soni 2 months ago in nature

A tinge with Innocence. 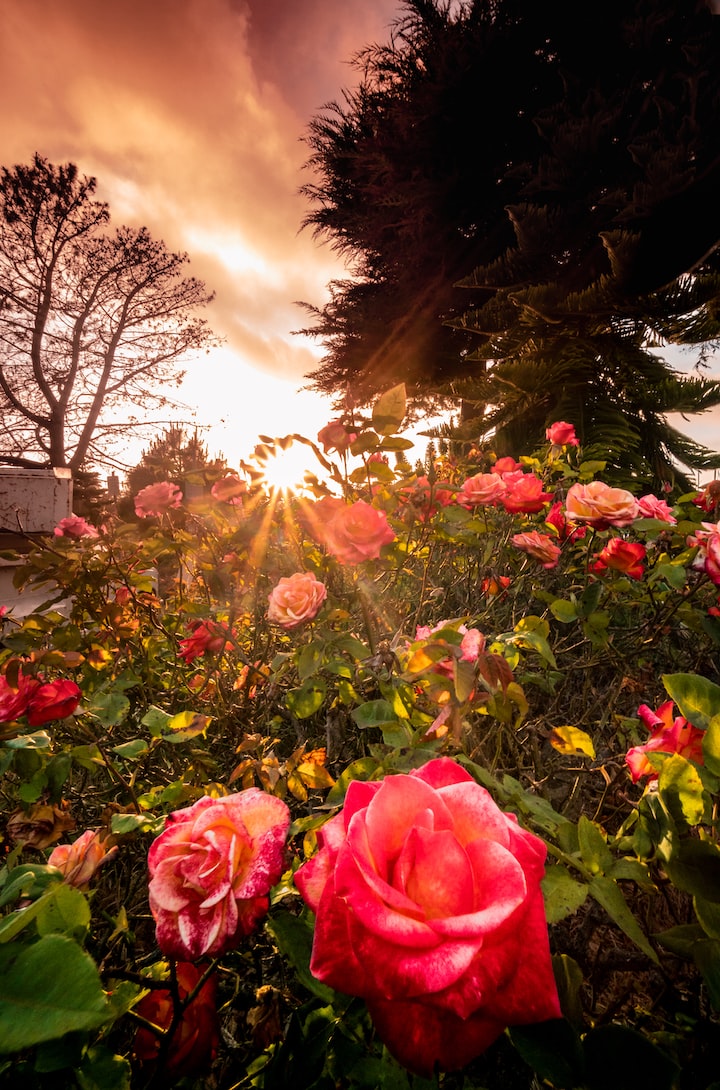 Photo by Heidi Kaden on Unsplash

It stopped raining, cooling the summer afternoon, and little drops of water were dripping from the roof. The roses outside fully blossomed with tiny water droplets on the petals shining like pearls, butterflies were dancing on them while collecting the fresh and sweet nectar. The sky was clear, and birds were flying freely in the open sky. The Sun was softly shining on the top, and the seven colors from the rainbow made the view breathtaking.

"Vaibhav Beta! Why are you looking outside? Focus on the board."

These high pitched words from his class teacher brought him back to the class. For a second, he looked up to the board, and all sorts of names were written " Lotus, Jasmine, Lily, Roses." He was least interested in how all those beautiful flowers spelled; instead, he was interested in how they smelled. A swift breeze came from the window, gently hitting his face and filling his lungs with the smell of wet soil and took his attention back to the beautiful world outside that window. At that moment, all he wanted was to go out and enjoy that beauty to the fullest. He felt trapped inside that classroom. He was then waiting for the final bell to ring, he knew that it was the last period and soon that boring class will get over, and he will get to enjoy the beauty he was craving for. But those 5-10 minutes were like ages for him.

Finally, the last bell rang, and everybody in his class, including him, ran to freedom. Then he was under the open sky, and he could feel small drops falling on his face along with the gentle breeze. He felt like a free bird in the air, and then he looked towards those beautiful roses, that dancing butterfly, the gently shining Sun and the colorful rainbow, everything felt more lively to him.

After feasting on that beautiful scenery, he started walking towards his house. The path was full of mud and water after the rain, but he wasn't afraid of dirty clothes or dirty feet. His curious eyes were busy absorbing all the changes which came with the rain. The fields around the path appeared more green to him, the fruits on the fruit stall looked more tempting. Then, he reached near the Ganpati temple and could hear the ringing bells along with the sacred chants. He bowed to the temple in his innocence and started climbing the stairs to enter the temple. With a few quick steps, he reached the temple hall surrounded by mango trees laden with ripe and juicy mangoes. The ripe mangoes laid on the ground after the rain, he picked some mangoes for himself and his little sister and headed towards the praying area. He bowed in front of the Ganesha idol and took prasad from Pandit Ji and came out of the temple. He found the roasted corn hawker at the temple gate, the aroma from those juicy and masala-laden roasted corns watered his mouth. He took out 5 rupee coins from his pocket, which were given to him by his mother. Then, he had a tough choice: to buy the corn or to save money for his sister's birthday gift. Keeping his sister's happiness in his mind, this tough decision became simple; he held the coins inside his pocket and, with a broad smile on his face, again started his little steps towards his house. He next passed the village pond, which had some small white lotus flowers and people bathing in it. He reached his home and directly went to his sister with mangoes in his hands and watched her as she enjoyed them peacefully.