A few things that shocked me while living in Korea

by Sophia Geno 11 months ago in asia
Report Story

Here is my perspective as an American 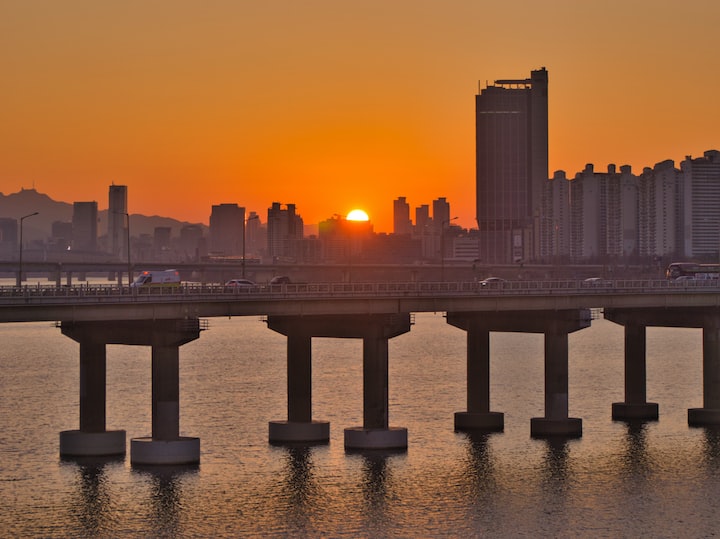 Photo by Minkus on Unsplash

My first trip to Korea was in the fall of 2019 before COVID put so much red tape around everyday life. Thinking back, that trip is like a fever dream. On my first trip, I truly lived like a tourist in South Korea, but since I've met my boyfriend I have been able to have a deeper understanding of the people and culture. That said, on my first trip, there were many things I found surprising and interesting about this country compared to America.

( I'll try to avoid basic things you might have heard before)

Another small thing that was interesting to me is that the majority of Korean bathrooms have a bidet. I have even seen public restrooms in malls or subways with a bidet! But like the showers, I am now familiar with a nice bidet and I quite like them!

After sleeping on my fair share of Korean beds, I have some thoughts. Of course, many Korean people sleep on "normal" beds; the same type we use in America with a box spring underneath and a soft mattress. But that is not always the case. I have now become an expert on sleeping on forms of cots, blankets on the floor, and less savory things such as plain old BOX SPRINGS. The cots and blankets on the floor can actually be rather comfy, but I draw the line at all the box springs I have slept on.

The first time I slept on a box spring was at an Air B&B in Busan, and it made the trip one with restless nights. The second time was at a hotel in Incheon. At first, I thought they just expected us to bring our own mattress, but then I realized they think it is a mattress.

This situation has proved to be interesting since my boyfriend did not even know what a box spring was before I brought this up. After "investigating" this situation I realize that me being surprised and borderline frustrated about sleeping on a box spring is because of my privilege. Korea has not always been a wealthy country and even my boyfriend's parents dealt with rather hard times growing up. They haven't always had the privilege to sleep on a super soft mattress, so most people are used to sleeping on harder surfaces. Truth be told, after having to sleep on this box spring for 2 weeks, it isn't so bad.

In Korea, fine dust levels are measured every day to alert people if it is at a dangerously high level or not. Sadly, fine dust from China floats in massive quantities to the Korean peninsula every day. Some days, like the day shown in the picture above, have low levels and pose a low threat to your health.

However, on bad days when the fine dust levels reach into the red, you need to avoid going outside too much and wear a mask when you do. Because of fine dust, it was very common to wear a mask in Korea even before COVID hit.

This was a shock to me when I learned that there are microscopic particles of pollution floating in the air every day so I need to be aware of it for my health. Some parts of America also have this problem, but to see it on such a large scale was sad to me. Especially since Korea did not always have this problem, and it now affects the health of a whole country. Continuous exposure to this fine dust has even been linked to the increase in sensitive chronic dry eyes, atopic dermatitis, breathing problems, and many more problems that face millions of Koreans today.

On a higher note! Korean service is exceptional almost everywhere you go.

One example I love is that there are many opportunities for free stuff in Korea. At most restaurants here, side dishes are refilled for free. If you know about Korean side dishes you know there are a lot of them, and they can come in large quantities!

I love this fact at beauty stores in particular. As an avid shopper at Olive Young and LOHBS (Korean Sephora) the extra free samples that come with so many products are so exciting. I can say with confidence I have never seen so many BOGOS and free samples in my life.

Another example of this is the infamous 1+1 sales you can find at convenience stores in Korea. Although my friends say it just a capitalist marketing trick, I am not complaining. The way that your favorite $2 snack or drink can be on sale as 1+1 sparks a joy so lovely and I have only known it inside a Korean convenience store.

For now, this is all I can think of that shocked me!

I wonder will you go to Korea one day?

I love to write about travel, poems, art, and social issues. Stay with me for Korean content, and more!

More stories from Sophia Geno and writers in Wander and other communities.