by Joe Dorish 4 months ago in nature

Most people might not associate New Jersey with beautiful natural wonders but the Garden State has a number of truly beautiful scenic wonders. From the Jersey Shore to the mountains in the northwestern part of the state New Jersey has some great natural tourist attractions and some 45 million people a year visit the state and stay overnight in hotels and motels while another 120 million tourists visit New Jersey for day trips.

Tourism brings in over $20 billion dollars a year into New Jersey and the beautiful natural wonders in the state are a main reason why.

Great Falls of the Passaic River in Paterson 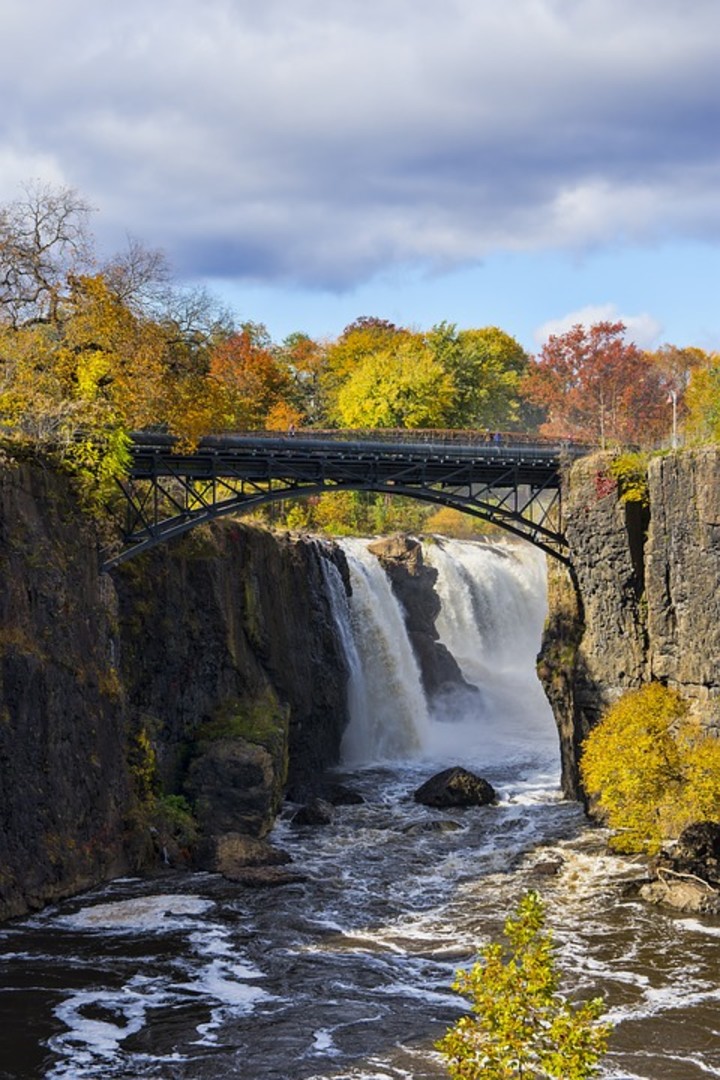 The water flow here is so heavy Alexander Hamilton chose the site to build his planned industrial city which used the water from the Passaic to power the many mills in the area. The Great Falls of the Passaic River is such a beautiful natural wonder the National Park system created the Paterson Great Falls National Historical Park here. 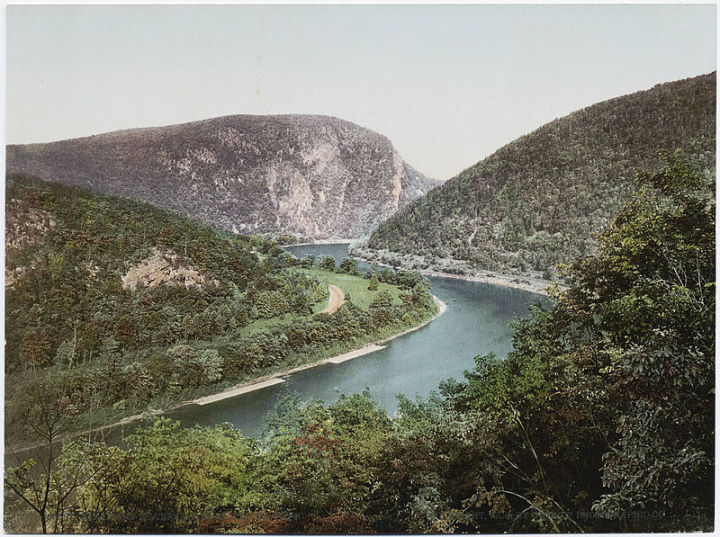 Located in northwestern New Jersey along the Delaware River at the Pennsylvania border just before Route 80 crosses over the river is the scenic natural wonder the Delaware Water Gap. This geological feature was created over time as the Delaware River carved a gap through a mountain ridge. 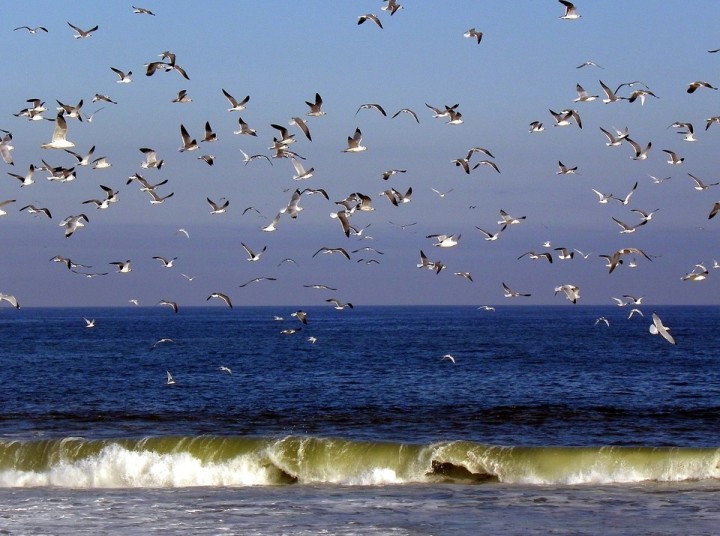 The Jersey Shore runs some 130 miles along the Atlantic Ocean in New Jersey from Sandy Hook in the north to Cape May in the south. Millions of tourists and vacationers visit the many beaches and resort towns along the New Jersey Shore each summer making the entire area one of the top tourist attractions in the United States, though most of the visitors are from surrounding areas. Renting homes along the Jersey Shore in the summer is a common practice and there are also a ton of hotels, motels and other accommodations to handle all the tourists visiting the beaches. 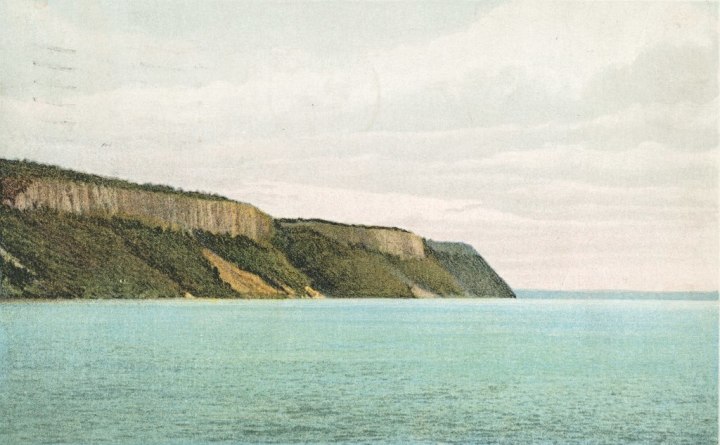 The Palisades are high cliffs that stretch beautifully along the Hudson river in New Jersey from Jersey City north into lower New York State near Nyack. From the top of the Palisades tourists and visitors can see fantastic views of the Hudson River and New York City Skyline. 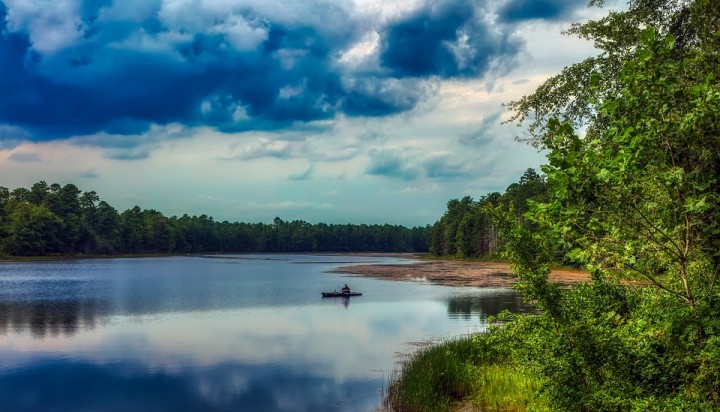 The Pine Barrens consists of over 1 million acres of heavily forested coastal plain that stretches across the southern part of New Jersey. The sandy acidic soil of the Pine Barrens was never able to be really farmed by early settlers which has kept the Pine Barrens from ever really being settled and exploited. Today the Pine Barrens are protected as part of the New Jersey Pinelands National Reserve and was designated a biosphere reserve in 1983. Popular activities in the Pine Barrens include hunting, fishing, hiking and biking.

Tripod Rock is a glacial erratic which means it differs in size and type from the rocks around it and was carried into the area by a glacier that sits elevated on top of three much smaller rocks in the Pyramid Mountain Natural Historic Area in Boonton, New Jersey off Route 511. Native Americans considered the Tripod Rock a spiritual site. It measures 15 feet long, 12 feet wide and 8 feet high. Two smaller tripod rocks are located nearby this natural wonder in New Jersey. 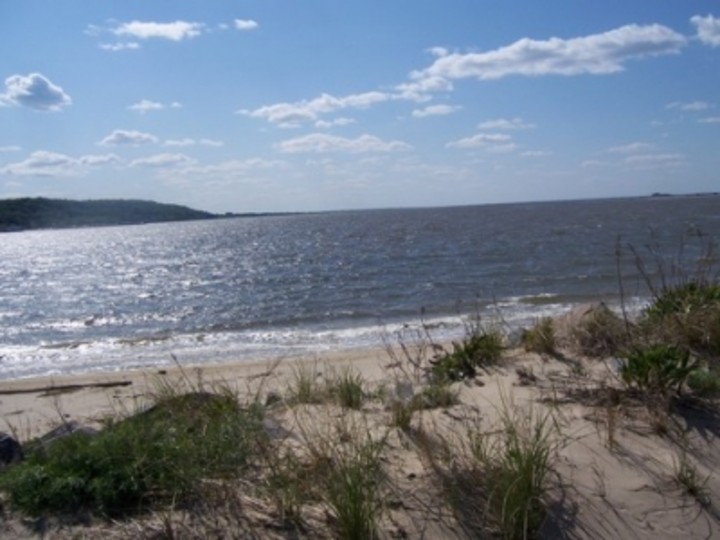 Sandy Hook is a six mile long narrow strip of sand scientifically known as a barrier spit that is located along the Atlantic Ocean coast of New Jersey at the southern entrance of Lower New York Bay across the bay from Brooklyn and Staten Island. The widest point of Sandy Hook is only one mile in width and there are beautiful beaches along both sides of this barrier spit or sand spit.

Sandy Hook is owned by the United States Government and is administered by the National Park Service as part of the Gateway National Recreation Area. Sandy Hook is a very popular tourist destination in New Jersey that is frequented by millions of visitors every year who love the beaches, the fishing, the surfing and the magnificent views of the Atlantic Ocean and New York City that are available at Sandy Hook. 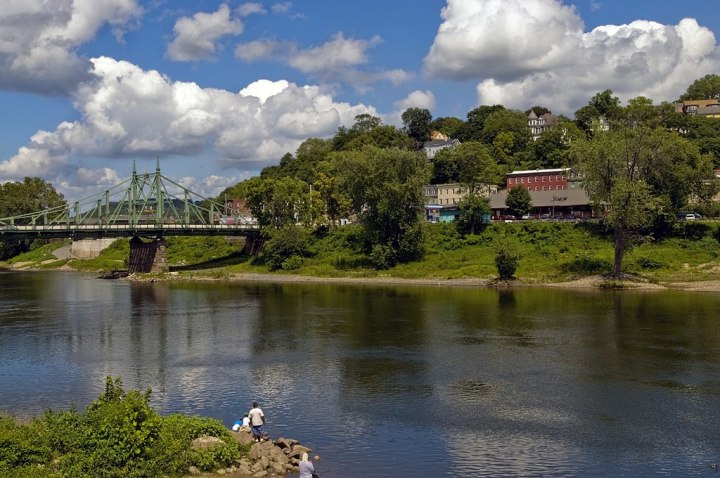 The Delaware River runs beautifully along the entire border between New Jersey and Pennsylvania and is an extremely popular tourist attraction and recreational site. Popular activities in and around the Delaware River include fishing, boating, rafting, hiking, biking, kayaking, swimming, camping, rock climbing and hunting. Up and down the Delaware River in New Jersey are located inns, hotels, bed and breakfasts and restaurants to accommodate tourists and visitors. 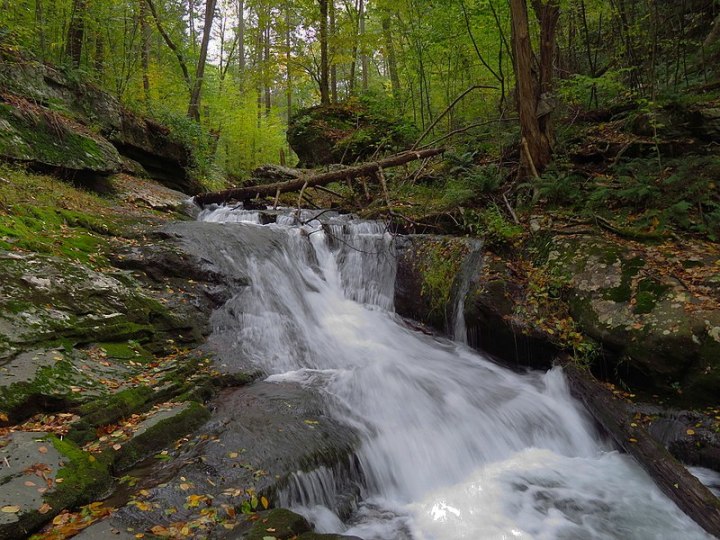 The Kittatinny Mountains stretch from High Point in the north to the Delaware Water Gap in the south along the northwestern part of New Jersey. The Kittatinny Mountains are full of great natural wonders like waterfalls, cliffs, valleys, mountain top viewpoints, lakes, rivers and ponds. The Appalachian Trail runs along the mountain range and the area is very popular with hikers, fisherman, campers and hunters. 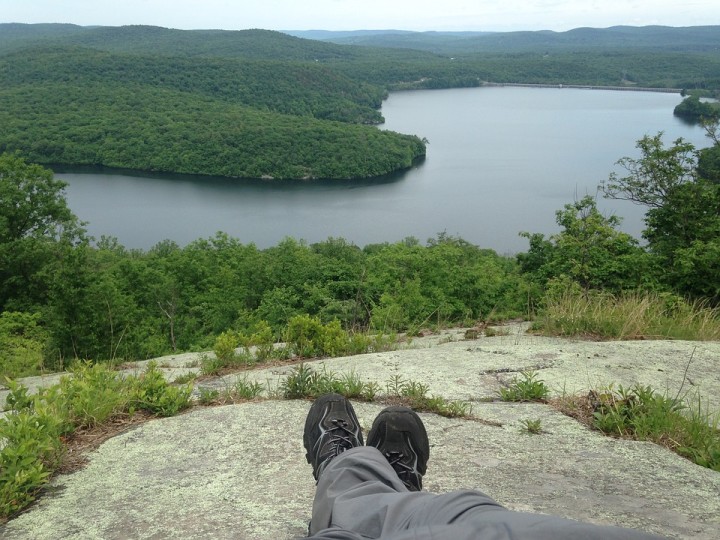 There are dozens of reservoirs in New Jersey and most of them offer the public great recreational opportunities for fishing, boating, camping, kayaking, swimming, hiking and biking. Many of them offer fantastic views like the one in the photo above.