To the Stretch Marks on My Breasts

by Tracey Folly 3 months ago in body

I don't have to like you, but maybe we can call a truce 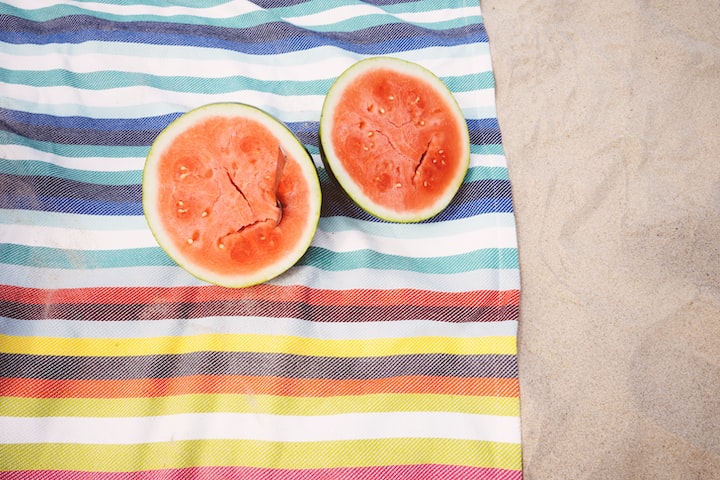 I have a confession to make.

For years, maybe decades, I have hated my breasts. I hated the size and shape. I hated my asymmetrical dark nipples and areola. I hated the way my breasts failed the pencil test and failed to be contained by halter tops, bathing suits, and strapless bandeau brassieres.

Most of all, I hated my stretch marks. My breasts have stretch marks that lie in parallel lines spanning my collarbone to my areolas.

The stretch marks on my breasts seem to be getting more prevalent these days, not from breast growth mind you, but rather because my breasts are getting squishier.

The stretch marks on my breasts are the kind that leave faint but stubborn reminders of how quickly things can change. They're reminders that no matter how much you plan and try to control things, sometimes you just have to let go.

It's been hard to admit that I have stretch marks on my breasts. Every comment I've made about them, I've tried to make it look like a joke, and if it wasn't received as such, I would follow up with a "no offense." None of my friends have shown signs of stretch marks, and I often wonder if it's caused by genetics or something else entirely.

I've got these weird stretch marks on my breasts. Anytime I mention them, it's hard to do so without feeling self-conscious. Turns out, many other women do have stretch marks across their chests, and they're totally fine with it.

Yes, my breasts remind me of watermelons, but I've come to realize that's okay. They're beautiful, as most would agree. I don't feel ashamed when I look at them in the mirror anymore. In fact, that's one of the first things that I do these days.

My stretch marks are like watermelons, and I love watermelons. They remind me that no matter what, it's totally fine to let go and enjoy life. They also remind me to appreciate what I have before it's gone.

Yes, I have stretch marks on my breasts. They remind me of chickenpox scars we get as kids. I have two chickenpox scars on my face from scratching when I was specifically warned not to scratch, "or it will leave scars."

Despite my mother's warning, I scratched my forehead, and I scratched my nose, and I have the chickenpox scars to prove it. They aren't scars in the traditional sense, not exactly. There is no discoloration, and there is no raised skin.

Instead, they are divots. One divot is perfectly centered on my forehead. The other dots the tip of my nose. They are both noticeable in ways that all the makeup in the world can't conceal, and you know what? I love them both.

The two weeks I stayed home from school with the chickenpox were two of the best weeks of my life. I slept as late as I wanted, and then I ate sugary breakfast cereal and whole milk in front of the television while watching morning cartoons.

Except for the itching, I didn't have a care in the world. I wouldn't exchange those two chickenpox pocks for anything - just like the stretch marks on my breasts.

My stretch marks are proof that I've changed. They've become my own little secret, an intimate connection between me and the passage of time. Stretch marks may have caused me to doubt my self-worth, and I've always compared the marks on my breast to a watermelon rind. Now I compare them to the rings of Saturn.

Receive stories by Tracey Folly in your feed
Tracey Folly
Read next: How to Support a Friend Who Left an Abuser