Please Don't Bond With Me Over My Cellulite

by Tracey Folly 3 months ago in body

Ladies, we have more in common than lumps 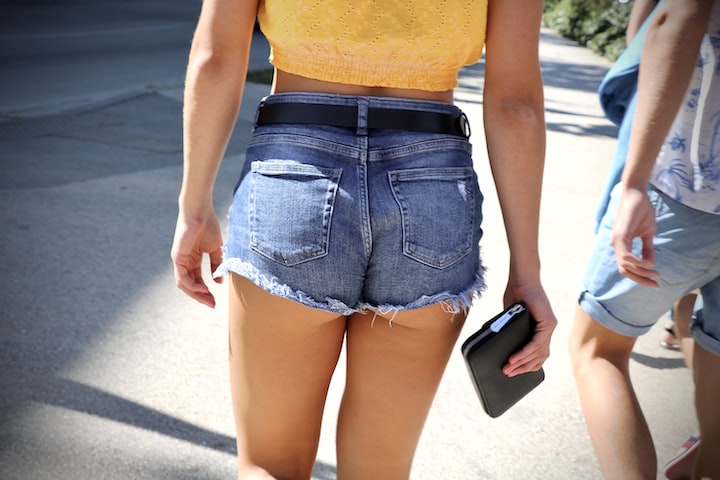 My new coworker went to her son's Little League game, and she wanted to tell me all about it.

I listened patiently. Neither children nor baseball are among my interests, but I wanted to be polite.

Then she briskly changed the topic.

"I was wearing shorts," she said, "and I had my feet up like this." She demonstrated. "I know you can totally relate to this. When I looked down at my legs, I saw they were covered in cellulite." She gasped for effect, then looked at me as if awaiting my agreement.

"Why would you say that?" I asked.

"Because you know," she replied, gesturing with her hands around my hips and thighs, "cellulite."

"But why would you assume I wanted to talk to you about my cellulite?" I wasn't pleased; I hope she could tell.

Although this happened over twenty years ago, it still irks me today. In fact, it probably irks me even more now because I have roughly double the cellulite I had then.

"I just figured you would understand," she persisted. She was growing annoyed.

I was already there.

Her comment left an indelible mark and from time to time I still wonder what kind of thought processes could lead someone to such a comment.

Cellulite. It's not something I like to talk about, especially with near-strangers who insist on bringing it up.

Let me just say, I don't like to think about my cellulite. I don't like looking at it, and I sure don't appreciate anyone telling me that I have it!

Do you know what's embarrassing? Having a coworker talk about your cellulite. It doesn't matter how nice she thinks she is being. It's not okay to bring up my cellulite unless I bring it up first. Even then, tread lightly.

Talking about your cellulite isn't cool. The people who bring it up in conversation often mean well - they think they're being nice by giving you some advice or making an observation. But what they don't realize is that you're not interested in hearing it.

Of course, it's fine to initiate a conversation about your own cellulite. Just don't compare and contrast it with mine. My cellulite is not your concern.

I wouldn't have taken exception to the topic if my coworker had focused on her own dimpled thighs instead of my own. I'm less concerned about the cellulite on my thighs, and more interested in the ability of other people to respect my body.

My coworker's thigh-slamming comment came hot on the heels of her encouraging me to try another fad diet, making me wonder whether I'd sat through her stories about her son's Little League game merely as a preamble to discussing my cellulite. I've had many comments about my flesh, and probably every woman has, but that one really struck a nerve with me.

I have no desire to ramble on about cellulite. I know when I'm in pants that are too tight, when I've been working out, and when I've skipped it for one reason or another. When it's on the inside of knees, up at the butt, or along the back of my thighs? It may be a concern for me, but it shouldn't be a concern for anybody else.

Have you ever had someone comment on your body? If you're like me, I think this happens a lot more often than we want to admit. This is why I don't talk to people about my cellulite… It can be triggering with how big the cellulite problem is for me. But I will say that I have never talked to someone about their cellulite unless they've asked me directly. I think there's a vast difference between having a conversation about cellulite and being virtually accused of it.

I've also considered the possibility that my long-ago coworker was trying to bond with me over our shared problem of cellulite. That's a problem. Ladies, gentlemen, fellow humans, former and future coworkers, please don't bond with me over my cellulite. We have more in common than lumpy deposits of fat.

Have you ever felt like someone is talking about your body? Does it make you feel fat and ugly? Well, I have actually been there, and it has caused me so much grief that I'm still dwelling on it for over two decades later.

When you talk to me about my cellulite, you're really telling me I'm not good enough. It makes me feel you believe I deserve to be inspected and insulted. I have cellulite, but I'm still a human being. I have a right to feel safe and positive about myself too, just like everyone else.

Receive stories by Tracey Folly in your feed
Tracey Folly
Read next: Making Concrete Standing: Scream Your Voice in Activism