Our Wombs Are Being Weaponized by Men 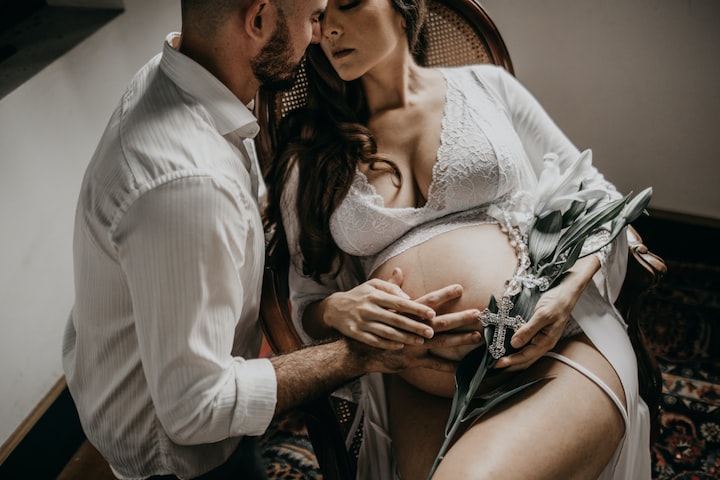 Last year, a young man in my building and I had gotten into a conversation where he openly admitted to me that he purposely cheated on his longtime girlfriend with his high school sweetheart (and first love).

And he did this on purpose.

She had allegedly broken his heart and he wanted to get her pregnant as revenge. He said he wanted to make sure she was stuck to him for the rest of her life, so he could ruin it. And she is.

What makes this worse is the fact that his woman is actually a really good woman. And he cheated on a good woman whom he is also in the process of trying to trap, just to take the opportunity to trap another when it came.

Men know that getting us pregnant is the real commitment.

He brought up how most women desire marriage as a show of true commitment, but he explained something I have always understood.

Having a child with someone is a permanent commitment.

“We don’t need to marry you once we get you pregnant.”

He explained that marriage is not a permanent commitment, or at least it doesn’t have to be — and usually isn’t, at this point.

With marriage, you can divorce someone. You can separate or simply leave the relationship and do your thing, even if you are still legally declared “husband and wife”.

Most women are so focused on getting a ring that they’re not even paying attention to the fact that they’re being trapped by these same men, once they’ve been impregnated by them.

And that even if we —

It no longer matters because there is no turning back. You’re latched to that man for life, now that you’ve had his kid (he “wins”).

He explained to me most men, if not all, already know this and have been using this (using us) to their advantage.

Coercion Is a Powerful Tool

Most men who engage in this crime actually prefer coercion.

I wrote an article about another rape I experienced. I explained that my rapist admitted he believed women needed to be manipulated into having sex, essentially giving me a confession I never expected.

What I didn’t mention in that article was his perspective on parenthood and the fact that he admitted he was trying to add me to his lineup as his third baby’s mother, because of my spirituality. He said I was “divine” in a way that his other two baby’s mothers weren’t.

Basically, I had a different belief system.

He said he needed to mold me to his liking to fit exactly what he wanted and that he had been “working on me”. He was drunk and high so he had no filter to hide behind. So, he told me the truth.

He was creating a roster.

He admitted to “locking down” both of his current baby’s mothers. In fact, he cheated on the first one with the second one and had to reveal what he was doing once he got her pregnant.

He was trying to “secretly” do the same to me

Right after the rape, I was made aware he even had a girlfriend, and that he’s still sleeping with both — because he can. Because they have his kids.

This is when I learned that many of the men you see with multiple babies’ mothers aren’t as careless as we believe they are. Nor are they careless. They’re doing this on purpose. They’re building a collection.

Each baby mama has a specific quality they’re looking for, and the accumulation of these women completes the package. This is how malicious the mentality is.

I get very upset when I think about this conversation, but the information I’ve received from it needs to be shared. This is what men have been doing to us. And knowing this might actually save a life by sparing a future.

I personally hope it spares several.

This Is a Very Intimate Form of Destruction

Pregnancy is being used to disarm us

Men have always weaponized sex. Let’s be honest, that’s the entire point of rape — using sex as a direct weapon. Coercive sex is a form of guerilla warfare, I don’t care what anybody says.

The intentional impregnation of a woman, to derail her entire life, is a very intimate form of destruction. And it should be a crime because it’s a form of reproductive enslavement.

It’s a sign of ownership. It’s like a stamp, anyone who comes along knows they were there first-and for good. These pregnancies are no accident.

Getting us pregnant is their way of controlling us, of branding us. Even in my own neighborhood, you’ll often hear —

“that’s so and so’s baby mother”

It’s a form of being branded.

It’s a complete degradation of individuality

They used our reputations as the shields they hide their intentions behind. Reducing us to one role we play in society — mothers. What makes this wound scar is the fact that we actually need mothers. Without mothers, we wouldn’t exist.

Being a mother was once a sacred role.

Now, it’s been reduced to a weapon used against us, as women, in gender warfare. Pregnancy is being used to disarm us. It’s a tactic to keep us tethered to men who either hate us, don’t want to lose us, or both.

Getting us pregnant is the method many men are using to permanently latch themselves to us, like parasites to the perfect host. This is normal, where I live. This is happening across the globe. There’s a hunt going on in the world, and as a woman, we are the prey.

Evil prevails only when good men write nothing — so write everything.

More stories from Linda Sharp and writers in Viva and other communities.