Can I Just Magic Away These Kidney Stones Before They Kill Me?

Harnessing my inner Thanos with the power of intention 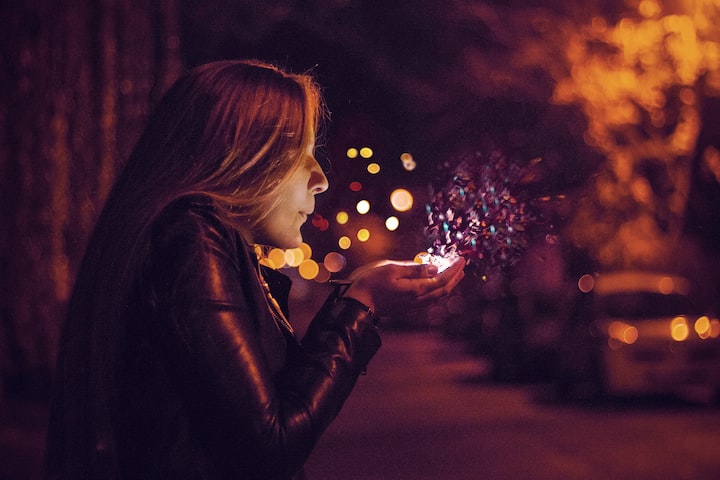 I am 24 years old and 8 months pregnant. I’m perched atop my on-suite toilet, silently willing the baby growing inside me to move away from my bulging bladder. I’m trying to be quiet. I’m trying to be unobtrusive because I don’t want to wake up my husband or almost 2-year-old son.

The problem is, I can’t pee.

I’ve been trying to pee for over an hour. It feels like my bladder may explode at any given second. Sophie (previously mentioned human inside of me) is doing cartwheels in my belly and using my organs as multiple tiny trampolines. Tears are running down my face, and I can feel the panic attack topple over the edge of my recently kept composure.

My heart begins racing, and I cry out, “Jamie, something’s wrong.”

For most people, kidney stones are a painful inconvenience. Don’t get me wrong, anyone who has suffered this affliction should be given a hero cookie at the very least because passing a small, calcified rock through one’s pee-hole is straight-up torture, folks.

The thing is, most people have two kidneys. They’ve got backup to keep them going while the body passes those tiny torment stones. That, or if it comes to surgery, they have a second kidney to rely on while the infected kidney heals from the stone removal procedure.

By 5 AM on October 17th, 2010, I was in an emergency room bed with a nurse rooting around in my urethra, trying to stick a catheter inside me to release my bladder. Each time she shoved the tube inside, she’d get a funny look on her face and say, “This is bizarre; it’s not working.”

Meanwhile, I was telling my husband, Jamie, what song I wanted to play at my funeral.

“Just save the baby!” I cried at one point.

The doctor who had just entered the room laughed and told me he didn’t think it would come to that.

I may only have one kidney, but my urethra still leads to two separate ureter tubey thingamabobs, and the nurse was misguiding the catheter up the tube that led to exactly nowhere. Otherwise known as, the empty space where a kidney might have been if I had been born with two of these vital organs.

Look. I was dying of a full-to-bursting bladder, so I’m not sure if my medical terminology is precisely spot on in this retelling, but that’s what I gathered from the situation at the time. And I’ve never had the urge to revisit the weird inner workings of my fucked-up body.

But oh, how wonderous it felt when finally my urine let go, and I watched as a thick yellow liquid drained through the tube and into the plastic baggy hanging upon my hospital bed. Sweet, sweet relief.

During my pregnancy, unbeknownst to me, I had cultivated hundreds of minuscule kidney stones in my solitary kidney. One of which decided to travel down to my ureter tube and block that shit up. The docs had to figure out a quick fix until I gave birth to Sophie, so they shoved a shunt up there, allowing me to pee freely for the remainder of my pregnancy.

Once Soph was born, they went up with a scope, grabbed the stones that they were able to get and basically sent me on my way, telling me that invasive surgery to remove the remaining stones would be too risky because I didn’t have a secondary kidney to rely on if my kidney were to get injured during the procedure.

I was all like, okay sweet, I’m not going to argue because I have two kids under 2 that I’ve got to look after, so major surgery doesn’t seem like a great idea right now anyways.

I then promptly forgot about the stones until a few months ago.

I didn’t actually forget about the stones. It’s too difficult to forget about little rocks in your organ that sometimes rattle around like enthusiastic maracas in a mariachi band.

However, every time I’d gone to the doctor over the past twelve years complaining of pain in the kidney, it was chalked up to a urinary tract infection. I’d be given some antibiotics and sent on my way. One doctor went as far as to tell me that the problem with my kidney was that I was overweight.

I reminded him about the stone-sitch, and he referred me to a weight loss program sponsored by his practice. I guess he figured I might just be able to sweat the kidney stones out.

Lo and behold, last month, I managed to wrangle myself an appointment with a female GP, and she took one look at my kidney history and promptly got me in for an ultrasound appointment. She called me directly after my ultrasound, saying that although my kidney function was normal, she didn’t like the look of what the stones were doing within my kidney, so she was referring me to a urologist. The urologist has me going for a CT scan next week.

Every day, the pain in my kidney grows worse.

Somedays, it feels like a dull constant ache deep in my side. I can live with that. It causes more anxiety than anything because I can’t help but worry about the damage those little bastards are doing to my precious innards. On the worst days, it feels like a fire is burning up my entire side—scorching me from within.

This past weekend was a doozy, pain-wise, and it got me thinking about all the things I might do to fix this issue my damn self. Waiting around for professionals is for suckers and chumps; that’s what I always say, so I’ve decided to take matters into my own trembling hands.

I’ve mentioned in previous stories that I am magic. It’s not a spell-casting sort of magic, but more of an obsess about one thing compulsively, and that thing will eventually come true sort of magic.

Long story short, it's all about the power of intention. I just need to worry those stone-babies away!

As Jamie and I lazed in bed yesterday afternoon, casually chatting about my impending kidney failure, we thought up ways I might intention-away the hundreds of stones infecting my body.

“What if we invent some kind of kidney stone magnet, and I could just suck them out of my side?” I mused.

Jamie’s face turned white as he imagined hundreds of calcified rockets shooting out of the side of my torso at warp speed.

“What you really need is Thanos’ infinity stone glove-thing,” Jamie stated matter-of-factly. Get the infinity stones, and then instead of irradicating half of the universe’s population, just get rid of all of the kidney stones in your body. That seems like a fair trade-off.”

“So am I Thanos in this scenario?”

I proceeded to intermittently snap my fingers at random times throughout the day, hoping my kidney stones would disappear, but then I remembered I had never collected any infinity stones, and my magic wasn’t strong enough yet.

There are moments I worry endlessly about what the endgame (see what I did there) is regarding my kidney. Will it be the same old story I got 12 years ago, doctor after doctor telling me it’s too risky to go in for removal? Have the stones already done irreparable damage?

I was joking about creating a GoFundMe for a shiny new kidney only a few weeks ago, and now is that the reality I’m actually facing?

I know it’s not worth stressing myself out until I speak to the specialists and get the various tests and scans to determine my prognosis. I know the more I worry, the more stress I’m putting on this already withering body. I know how useless anxiousness is when it comes to an unknown future.

So, I guess what I’ll do, is channel these worries into my magic. I’ll keep visualizing my own personal infinity stones up against the dastardly kidney stones within me. I’ll craft myself a snazzy gold-plated glove and practice my snapping skills.

My intentions are noble and for the good of mankind. And by mankind, I obviously mean, me. Me-kind.

In the end, it will work out. It must.

Because, as you know, I am…inevitable.

Lindsay Rae Brown is a writer who only knows how to deal with shitty medical situations by writing darkly comedic musings about them. Please don't be offended by anything written in the previous article. If you were offended by this story, definitely don't check out her other stories because you will be sorely disappointed by her flippancy for the human condition.

More stories from Lindsay Rae Brown and writers in Viva and other communities.