The Culture of Consent

by Christy Allen about a month ago in body

When will it ever rain? 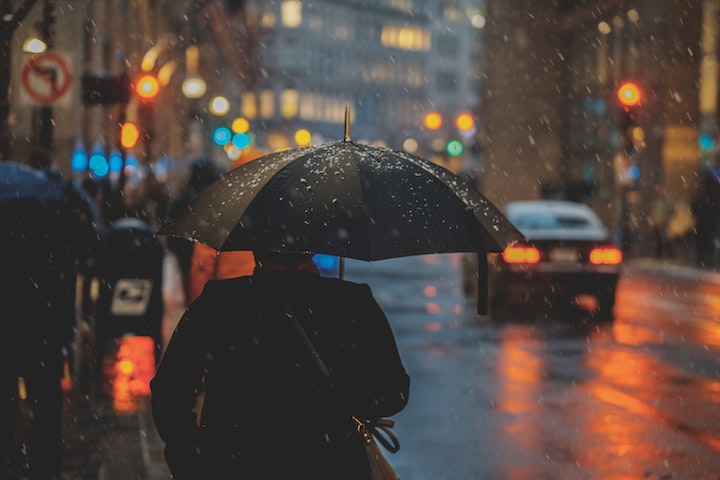 Photo by Osman Rana on Unsplash

"You dont have any reason to be. This isn't your fault, there's reasons behind why you are the way are, and I'll always respect that. I care about you as a person, and I want to make you feel good; sex is supposed to be enjoyable, and I'll do whatever I have to do so you do enjoy it and if that means waiting until your comfortable, then so be it."

I hate when they come back with understanding and empathy, it makes it so much harder to watch their determination, their passion, wither and die as if they're farmers watching their crops crumble to nothing during a drought. Im the weather-lady, standing in front of a map and smiling, telling them to have hope; something about wind currents and the angle of the moon.

And I mean come on.

It has to rain sometime.

We try again but after a couple minutes of flinching, clenching and total shame, he guides me down onto the bed next to him and pulls me into him. He rubs my back, and kisses my nose and I feel my muscle groups begin to relax, and my once cold blood begins to warm me. The arms of somebody who genuinely cares about you can sometimes feel like home if you've lost everything once before; you begin to seek safety in the comfort of other people, even when you know that it could go wrong.

Even when you begin to feel it going wrong. He untangled from me and got off the bed, sitting down on the couch to light a cigarette. He blows the first puff slowly into the surrounding air. I don't want to sound crazy, but I swear I see a metaphorical wedge get driven between us. He's not even 3 feet away on the couch, but he may as well be on the other side of the ocean that he once seemed so willing to cross for me, and the feelings of helplessness made me genuinely wish that literally swimming to the other side of the ocean would even bring him back. This isnt the type of distance that is measured, its pondered, and quickly ruled impossible. It wasnt supposed to be this way. It started happening when I was around 15, and apart from the occasional breath of fresh air, it hasn't stopped ever since.

I call it "Almost Rape". Not really the most catchy name, but I haven't been able to find a better one ever since. Allow me to explain.

I have never said that I am a victim of rape. I know the connotations associated with rape. I know that the act ruins lives, just as false accusations of it do as well. Coming to terms with, and learning to move past experiences can be (and usually is) traumatizing, and I can't help but not feel "right" calling my past experiences rape, because to put it bluntly, none of them ever "succeeded." I was able to yell loud enough, or fight hard enough that they would usually let me go, or switch their tactic.

The boundaries set by the word "No." are not respected, nor are they seen as unwavering.

Almost Rape has ruined every single one of my romantic relationships. It has also ruined my perspective on dating, sex, and the men I would have wanted both with. Almost Rape has almost put me out on the streets because my boyfriend at the time became so fed up that he could not be sexual with me. This is more than just a loss of my fairy-tale ending, its the loss of basic needs. Its the loss of chances of survival.

After multiple experiences like this, this is why Ive always been able to entice men with being a "pleaser". I dont need to be "gotten off", Im only worried if you do. They loved the idea of that. A girl that would literally never refuse anything he asked except for that. I could have probably said no a few times if Im being honest, but even one simple "No." could lead to a "No thank you." When you have nothing to offer in one way, you must have everything everywhere else.

Or so you tell yourself.

Luckily, I can say that none of the men I have met in over 2 years have been Almost Rapists. They have been men, whom are so willing to pick up the pieces other men have thrown everywhere with no regard for who is left with the mess. Its me. Its him. Its both of us making an effort for next time, a better day. Maybe on a day when I don't have to tell the stories in detail to illustrate why XYZ makes me uncomfortable. Maybe on a day that Im the one who intiates things, and Im comfortable with the way things are going.

Maybe on a sunny day, I tend to be in a happier mood when the sun is out.

We reach and grasp for any hair that we come across because that may be the secret passcode to get us to higher ground, and we silently fill with dissappointment with each shock, each shake, each whimper.

He tries so hard to keep positive and I cant help but feel guilty. He wants this so bad. He wants sex to be enjoyable for me, and he wants to be the first one to say the right thing, touch the right place...

But I could care less.

Having had so many unhealthy relationships, both sexual, and romantic, I have seen, tried to have, witnessed and heard enough about sex. I crave intimacy through other channels. I crave the feeling of his facial hair on my cheek while I fall asleep. I crave for his voice to carry me to sleep at night. I crave his smooth laughter and full smile, his constant daydreaming.

I want to share a bed not only with a man, but with the soul he carries to it as well. To be understood spiritually, to be desired all the while, is more than any sexual act will ever give me.

"You don't have any reason to be. Sex is an important part of any relationship. and its simply something I cannot give you right now or any time in the foreseeable future, and it would be unfair of me to restrict you from natural human needs. Just know I really value the time we got to have together, and I loved having a piece of your heart for the short amount of time that I did. Please don't feel guilt or remorse, you are built this way, almost like how I'm stuck in this one. Thank you again, for absolutely everything."

His look of panic as to how I will react slowly eases to a neutral expression. He has gotten his point across, much as I have mine, so there is no other option but to keep on our own paths. He has a life to live, and I refuse to take away someones quality of life, much like others have done to me.

In the early morning I walk back to my apartment, knowing it's for the last time, and I attempt to let my daydreams wander and get the best of me so reality doesn't seem so harsh.

One thing every good man I've met has lacked? Patience.

Because as soon as I walked out his front door, and looked back to not see him walking me out,

A tiny farm town began to drown and rejoice in the rain.

24 Year Old Canadian Transgender Woman. Customer Service Agent by day, Life of the party at night, every night. I wish to be loved in the light, and needed where I am loved

See all posts by Christy Allen →