4 Female Pirates Who Made Their Mark on History

by Rachael Arsenault 28 days ago in history

Whether rags-to-riches or noble born, these women carved a place for themselves in the cruel world of piracy.

The world has seen a lot of incredible woman with fascinating stories who have, unfortunately, been mostly left behind by history. Or at least by the history we’re taught.

But that doesn’t mean they are wholly forgotten. Aspects of their lives are shrouded in mystery, for some we don’t know their real names, and for others we have no idea how they died – but still, part of them is known and remembered. I think it’s important to continue sharing and celebrating these stories, these women who made history but have been left out of the pages of many texts.

Piracy is one area where a lot of women found independence, power, and respect. There are plenty more female pirates I could have included in this list, but a) I didn’t want it to get unwieldy, and b) I wanted to make sure each woman had room for her story to shine.

So, without further ado, here are just four of the many badass female pirates the world has seen so far. 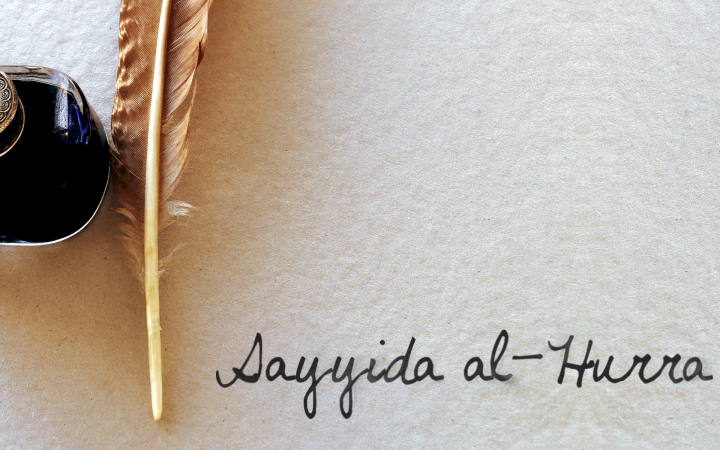 Photo by Pierre Bamin on Unsplash

Born to a noble family in Granada, a Muslim-ruled city-state in Spain, Sayyida al-Hurra is not her real name. Rather, it is a title she acquired later in life, roughly translating to “noble lady who is free and independent.” (Engel 2011; Verde 2017) Her given name was likely Aisha, and it is believed she was born sometime between 1485 and 1495. (Verde 2017) Granada fell in 1492 and her family, along with other Jewish and Muslim families, were expelled from the region. (Engel 2011; Verde 2017) Later in life, she married the governor of Morrocan city-state Tétouan, Abu Hassan al-Madari, in 1510. (Verde 2017)

When her husband died in 1515, Aisha took over as al-Hurra (Queen, essentially), making her the last woman to legitimately hold the title and rule independently. (Engel 2011; Verde 2017) From here, she turned to a life of piracy against Christians – who were, at the time, enemies of Muslims and responsible for the expulsion of Muslims from Granada. (Engel 2011) During this time, she found an ally in the famed Turkish pirate and corsair Barbarossa, who ruled the western Mediterranean Sea. Aisha ruled the eastern Mediterranean, and secured recognition as the Pirate Queen of the region. Through her piracy, she raided Spanish and Portuguese ships, took Christian captives, and brought great prosperity to Tétouan. (Engel 2011; Verde 2017)

But there’s actually some dispute as to whether or not she was really a pirate. At the time, Morocco did not have a navy, instead relying on privateers to protect its coasts. Given the aggressively colonial forces of Spain and Portugal, it could be argued that Aisha’s actions against their ships was not piracy, but rather privateering in the interest of defending her home. (Verde 2017) 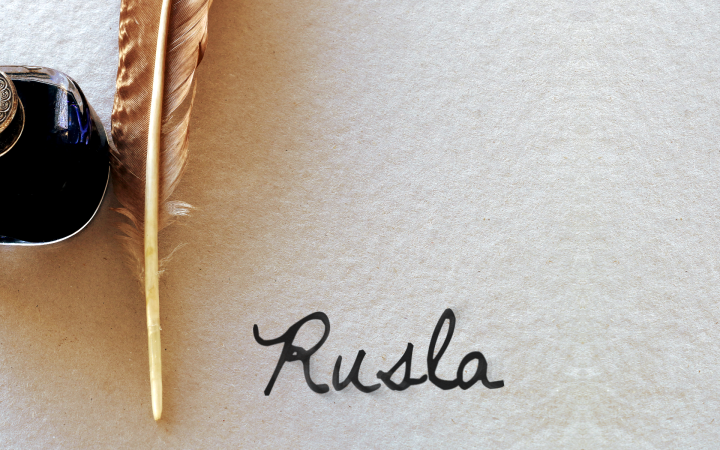 Not much is known about Rusla, a Viking pirate known as the Red Maiden. This is because accounts of her story come from an ancient text called Gesta Danorum, and such historical texts could sometimes mix up certain events or people. (Lloyd 2019) What we do know, however, is a story of courage, arrogance, and ultimately tragedy.

It is said that she was the daughter of 5th or 6th century King Rieg and sister of Tesondus. (Lloyd 2019) When Tesondus (at the time King Tesondus) lost the throne to a Danish King Omund, Rusla was angry. She hated to see her country under the rule of Danes, and her brother didn’t seem bothered by the loss of his throne. (Lloyd 2019; Pirate Stories 2015) She took matters into her own hands by becoming a pirate and attacking any who showed allegiance to Denmark. (Lloyd 2019)

She eventually grew arrogant, however, and attempted to invade Denmark. (Lloyd 2019; Pirate Stories 2015) This went poorly and resulted in her and her fleet of pirates fleeing, only to have a confrontation with Tesondus and his ship. She sank him but did not kill him. When King Ormund sent more ships after her, she was forced to flee yet again, and when she ran into her brother this time, he attacked and killed her. Some accounts indicate that he had her beaten to death with the oars of her own ship. (Lloyd 2019; Pirate Stories 2015)

It should be noted that Rusla was said to be joined in her piracy by her sister, Stikla. Even less is known about Stikla than Rusla, though she supposedly became a pirate because she “preferred the state of war to the state of marriage.” (Pirate Stories 2015) In other words, she would rather a life of chaos and violence than be roped into servitude to a husband. 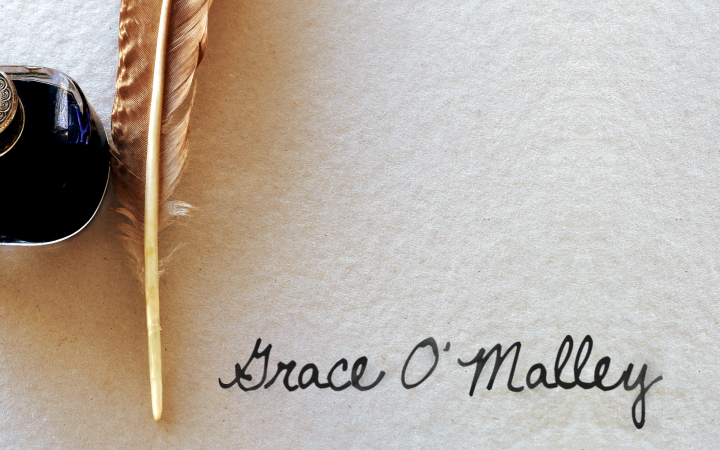 This pirate queen of Ireland was born in 1530 to Owen O’Malley, chief of a clan that ruled the coast and made their money through trade and piracy. (Rennie 2018; Curzon 2019) As a young girl, Grace wished to join her father on a sailing venture, but was told she couldn’t because her long hair would be a hazard – prompting her to chop it all off. This earned her the nickname Gráinne Mhaol, which roughly translates to “Grace with chopped hair.” (Puchko 2017; Curzon 2019) When her father died, she took over his role as chief and inherited his ship, which she used for piracy. (Puchko 2017; Rennie 2018)

Grace and her pirates were a thorn in the side of Queen Elizabeth I, who sought to increase England’s control of Ireland. (Rennie 2018) Ships that came too close to the coastal region Grace ruled, or to her own ships, were attacked and boarded, forced to pay a tax for passage. Refusal to pay would be met with violence – and death. (Puchko 2017;) Many attacks were launched against Grace, including one against her home, Rockfleet Castle, but Grace repelled them all. (Rennie 2018; Curzon 2019)

The full bargain was not carried through, however, and Grace’s land was not returned to her. She withdrew from the public soon after, (Curzon 2019) and it is believed that she died in 1603, the same year as Queen Elizabeth I. (Puchko 2017; Rennie 2018; Curzon 2019) 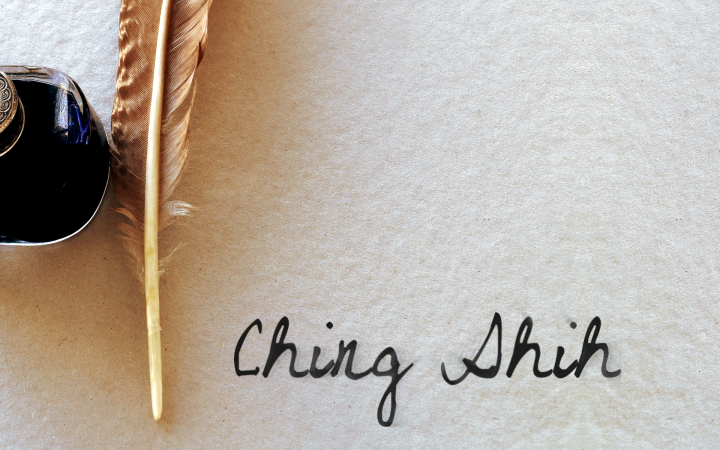 Much about Ching Shih’s early life is unknown. She was born in 1775, her given name is a mystery (Ching Shih translates to “Ching’s widow”) but an early name for her was Shil Xiang Gu, and she worked as a prostitute in Canton’s floating brothel. (Reese 2018; Climans) Eventually, she met and married pirate lord Zhèng Yi, though the exact reason why he wished to marry her is unknown. Some sources say he simply fell for her beauty, while other say he recognized her resourcefulness and cunning. (Reese 2018; Climans). Whatever the case, they married, and she became an active partner in his piracy. When he died, she took command of the Red Flag Fleet, which had grown to include about 50,000 pirates – the largest pirate fleet in all of China. (Reese 2018; Climans)

Ching’s rule was strict and pirates under her command were expected to follow a code of rules, which forbid them from stealing from allies, raping captives, or cheating or abusing captives they took as wives. (Reese 2018; Climans) Disobedience was met with severe punishment, including floggings and beheadings. (Climans)

Due to the size of her fleet, number of pirates she commanded, and her ability to settle peacefully into retirement after securing amnesty for pirates in an agreement with the Qing Dynasty, Ching is widely regarded as the most successful pirate in history. (Climans)

Rachael Arsenault is a Canadian author with a BA in Sociology and Native Studies. She's a hippie at heart, a D&D nerd, and a pun enthusiast.

See all posts by Rachael Arsenault →