Muay Thai: Mastering the Techniques to Become an Unstoppable Fighter

by Nishant Baxi 2 months ago in fighting

Techniques to Become an Unstoppable Fighter 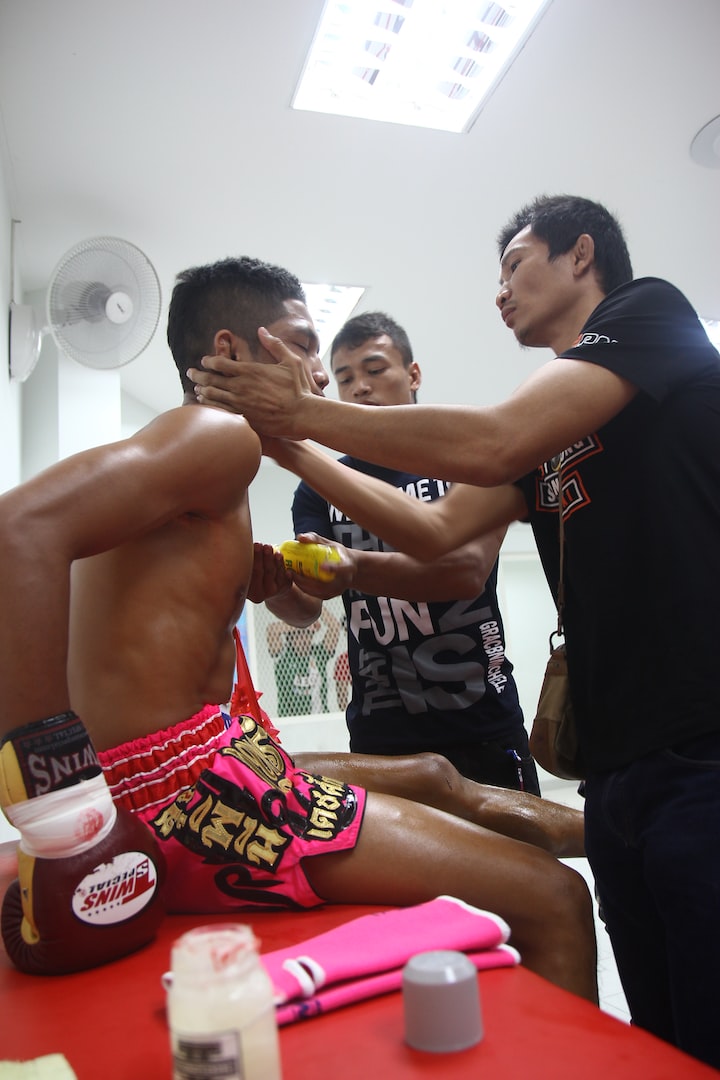 Photo by Jonathan Tomas on Unsplash

Muay Thai is considered to be one of the most effective martial arts today. Also referred to as Thai boxing, Muay Thai has unique techniques that are very efficient in knocking down opponents.

First of all, Muay Thai originated in Thailand. This is Thailand's national sport and this is often referred to as the Art of Eight Limbs. This is because you will be using eight natural weapons, which are your hands, feet, elbows, and knees.

Muay Thai evolved from Muay Boran, which is an unarmed fight performed by Siamese soldiers. Muay Thai progressed during the reign of King Chulalongkorn and it was practiced as a source for physical exercise and self-defense.

In the past, Muay Thai boxing was extremely efficient in killing the enemy. It was even considered to be as brutal as armed combat. Today, Muay Thai is now a sporting event where willing fighters test out their skills and find out who is stronger and more skilled.

There are numerous techniques that you need to learn about Muay Thai. By mastering every technique, you will become an effective or even an unstoppable fighter.

You need to keep in mind that Muay Thai involves some stand up grappling or clinching. This is a very effective technique used for attacking as well as defending. Before fighting, each fighter will need to exchange bows with each other. The techniques involved in Muay Thai are categorized as Mae Mai or major techniques and Luk Mai or minor techniques.

In Muay Thai, you have to use the entire body movement to throw powerful strikes to your opponent's body. This means that you need to rotate your hip with every punch, kick, or block. Because Muay Thai emphasizes a lot on the rotation of hops and focuses a lot on the abdominal muscles, you will see why this martial art is unique from other martial arts.

The punching technique in Muay Thai is similar to western boxing. You can practice punches on punching bags or heavy bags. You need to keep in mind that you should also have the proper coordination between breathing and expansion and contraction of muscles. This will bring out the maximum effect of your punches.

Elbow strike techniques should also be practiced. They are often used for counterattacks and defense against knees, body kicks, punches, etc. You need to practice the three basic elbow strikes, which are the side strike, downward strike, and the upward stroke. Power for elbow strikes is also generated by rotating the body. You also have to remember that elbow strikes are also used to cut the opponent and draw blood.

Kicks are also important to master. In Muay Thai, the kicks are piercing and if executed properly, it can end the fight prematurely by knocking down your opponent. There are several kicking techniques that you need to master, such as straight kick, roundhouse kick, spinning heel kick, diagonal kick, jumping round kick, ax heel kick, etc. You also have to remember that in Muay Thai, there are no snap kicks.

Knee strikes are also common in Muay Thai and if executed properly, it can really hurt or even knock down your opponent. Straight knee, jumping knee, and small knee are some of the techniques that you need to master.

The clinch is also another technique you have to master. Unlike western boxing where the referee separates the fighters when they clinch, you will find that it is different in Muay Thai. Here, it is legal to clinch and it can be used for attacking and defending.

These are the things that you need to remember about Muay Thai. By mastering the techniques in Muay Thai, you will be able to become an unstoppable fighter.