How to Handle Rejection 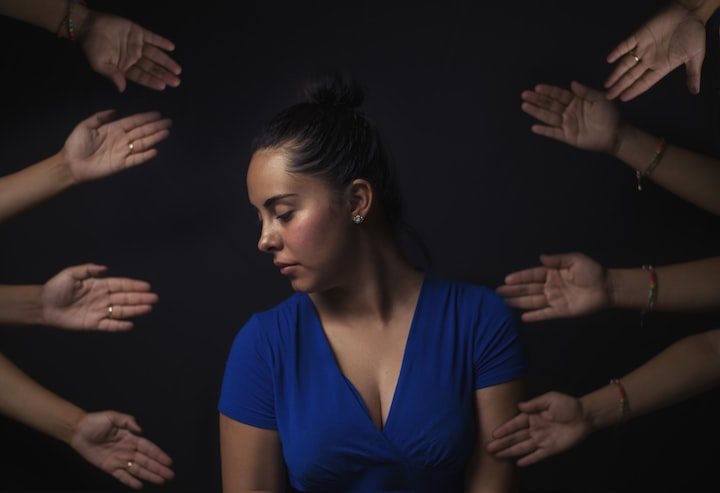 Photo by Danie Franco on Unsplash

Any kind of rejection, no matter if it's in love, your career, friends, a book proposal or anything else, is not something that should affect how happy you are. Rejection doesn't feel great and sometimes it feels unfathomable but it shouldn't be something you permit to take away happiness from your life. The reality of life is that rejection will form a part of it––there will be occasions when your job application, your date request or your ideas for change will be rejected by someone, somewhere. It is a healthy attitude to accept that rejection is a part of life and to acknowledge that what really matters is finding the way to bounce back and try again.

Dealing With the Immediate Aftermath

Have an appropriate grieving period.

You are going to feel upset because of a rejection, whether it's having your manuscript rejected, an idea rejected at work, being rejected by a potential romantic partner. You are allowed to be upset about that, and, in fact, it's healthy for you to give yourself some time to process and grieve.

Make sure that you don't go overboard and spend days sitting in your house wallowing in your misery. That will only make you feel worse in the long run.

Tip: Take some time out of your life to process the rejection. For example: if you can take the rest of the day off work, do that. Or if you were planning on going out that night, stay in and watch a movie instead. Go for a walk after an upsetting letter rejection, or allow yourself to binge on that chocolate cake.

Talk to a trusted adult, like a parent or teacher.

Now, this is not to say you get free rein to shout your pain about the rejection from the rooftops. This will only tell people (your potential publisher, that girl that you liked, your boss) that you're whiny and dramatic and can't handle life. So get a trusted friend/family member or two and talk it over with them.

The friend you want is the one who will tell it to you straight. They can help you sort out what went wrong (if anything; sometimes there aren't things you can change and you should just let it be). They can also make sure that you stay on track with your grieving period so that you don't start wallowing.

Avoid getting on social media to air your grievances. The internet never forgets and when you're trying to get that fab new job, your employer might check the internet and see that you don't handle rejection well. No matter how upset or angry you are, just don't.

Don't complain too much. Again, you don't want to wallow in the rejection, otherwise you're going to work yourself up into a state of righteous (or depressed) fervor. Don't start in about your rejection every time you're talking with your friend. If you think you've gone overboard, make sure to ask them "Am I dwelling on this rejection too much?" If they say yes, adjust accordingly.

The earlier you accept the rejection and attempt to move on from it, the easier a time you're going to have. It will also mean that you won't let rejections in the future absolutely flatten you.

For example: if you don't get that job you were really hoping for, allow the appropriate time to be upset and then let it go. It's time to start looking for something else, or examining what maybe you could change for the future. It's good to keep in mind that when one thing doesn't work out, something else usually will and usually in a way you didn't expect.

Do not take rejection personally.

Remember that the rejection says nothing about you as a person. Getting rejected is part of life and it is not a personal attack. For whatever reason the publisher, the girl, your boss, wasn't interested in a particular thing.

Rejection isn't your fault, per se. The other person (or people) was rejecting something particular that didn't work for them. They were rejecting the request, not you.

You need to get your mind off the rejection after the appropriate grieving time. Don't immediately get back to work on whatever it was that was rejected, because you'll still be dwelling on the rejection. You need a little space and time from it.

For example: say you sent a novel manuscript off to a publisher and it got rejected. After grieving for a bit, move on to a different story, or take some time trying your hand at different writing (trying out poetry, or short stories).

Doing something fun can be a great way to get your mind out of the rejection and to help you other focus. Go out dancing, buy that new book that you really wanted, take the weekend and go to the beach with a friend.

You cannot let rejection bring your life to a screeching halt, because you are going to have lots of instances of rejection in your life (as everyone does). By moving on with your life and doing other things, you aren't letting rejection ruin your life.

Dealing With the Rejection Long-Term

For example: If you ask someone on a date and they say no, instead of saying "they rejected me," say "They said no." This way you aren't framing the rejection as something bad about you (they aren't rejecting you after all, they are saying no to a proposition you made).

Tip: One of the best ones to use is "it didn't work out" because it removes the blame from them and from you.

Know when to quit.

When something doesn't work out, that doesn't always mean you should give up, but it's important to recognize when it's time to give up and move on. Often not giving up, actually means, moving on from that particular instance, but trying again in a more general sense.

For example, if you asked someone out and they said no, not giving up means not giving up on the idea of finding love. Move on from them (do not hound them to give you a chance), but don't give up on asking other people out.

Another example: if your manuscript gets rejected by one publisher, it is good to stop and reflect on what it was that didn't work for them, but you should keep trying with other publishers and agents.

Always remember, you are not entitled to a "yes" response. Since it doesn't invalidate your existence to be rejected, don't turn it around and blame someone for the rejection.

A writer practicing in both prose and script. With a deep passion for film and screenwriting, I use this platform to publish all unique ideas and topics which I feel compelled to write about! True crime, sport, cinema history or so on.

More stories from Andleeb Rashid and writers in Unbalanced and other communities.