Will Cryptocurrency ever rule India?

by Deepak Gupta 5 months ago in economy 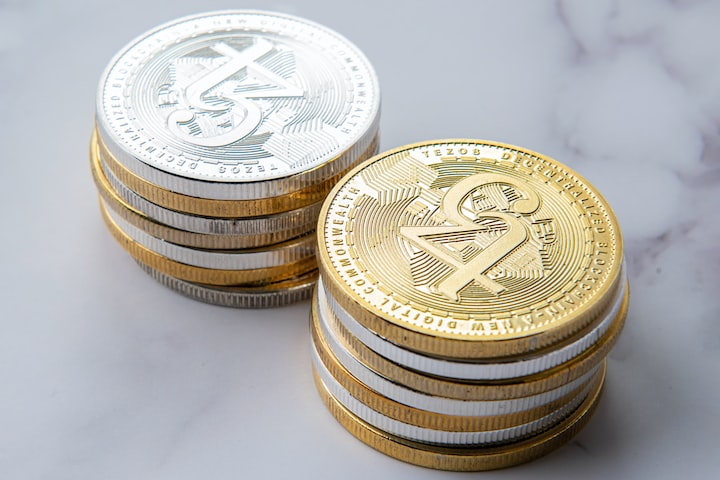 Getting rich overnight was a dream till the concept of blockchain introduced in our cultured world, but it's sheer injustice to Cryptocurrency if we only appreciate blockchain technology. When everyone had the fantasy of becoming rich overnight, the volatility factory of crypto made it possible to earn an unbelievable amount of money. When stock traders were earning a slight amount of return after analyzing and sweating to discuss every company's opportunities and future, the bitcoin started its journey in 2010. Some people bought Bitcoins and became millionaires after a few years. When magic becomes real, the game transforms and the bubble of crypto has been rising like fire in the woods but is it legitimate according to every country's Government, where only a few will get money, and rest will lose.

When 90% of people lose, 10% of people win in Cryptocurrency and with that, the unidentified transactions, black money, money laundering, terrorism, prostitution and many harmful activities come in action, and that is attracting governments from all over the world. In 2018, when RBI banned Cryptocurrency, the supreme court of India, rescinded the ban by saying, we can't ban just because we don't understand. The ban isn't the solution, but when 20 million people in India came into business, the Indian Government came into action.

Recently, China banned cryptocurrency activities this year, but some countries like El Salvador became brave to accept Bitcoin as legal tender. Now, the confusion has started in India over whether crypto is legal or not. Even, the misuse of information leads to declining of the market where investors portfolio has become the empty cloud. With every pump and decline, the hearts were following. Not every country has banned Cryptocurrency, but some have regulated it in their own ways:

1. First, in the upcoming parliamentary bill, the Indian government is looking to ban all private players where the private term is vague. The confusion is whether they are talking in the context of crypto or general language. Needless to say, the confusion created the panic selling.

2. Second, our RBI Governor sees crypto as a threat to India's economic and financial stability & even our pre RBI Governor Raghuram Rajan said, only a handful of crypto will survive & it's a bubble that will burst soon.

3. Our PM Narendra Modi is worrying about getting crypto in the wrong hands.

4. No one is giving encouraging response to Cryptocurrency right now and our RBI Governor is still looking for deep discussions.

5. Also, the Cryptocurrency has no basis for analysis like there's no creativity involved and most people are putting money as a sheep's walk.

6. Recently, an RBI Board meeting was conducted where no one is in favor of private crypto. Even the RBI says, the partial ban on cryptocurrency won't work.

So, we can understand; India's road to accepting Cryptocurrency is really tough because there are many loopholes and people are only thinking at their own level but the government is thinking at macro level. As the crypto bill is unlikely to be introduced in the winter session of parliament 2021, the investors are still worried and seeking authentic news. Also, Indian Government may treat crypto as an asset instead of a currency. Consequently, how will they support metaverse, NFTS, and upcoming blockchain innovations?

Will India accept Cryptocurrency? A question that is churning in the minds of all Indian investors. Till then, Don't underestimate our Indian Government!

More stories from Deepak Gupta and writers in Trader and other communities.