by CJ Miller 15 days ago in personal finance 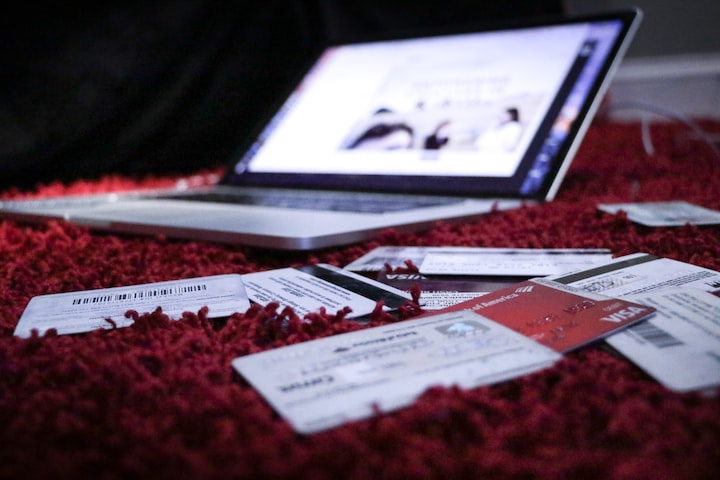 Photo by Dylan Gillis on Unsplash

This is part 2 of my Personal Finance blog series on how I escaped a horrible financial situation, and what I learned along the way. You can find part 1 here.

I completed putting my budget together, and I felt good about completing it. But there was also a huge sinking feeling in my gut because I realized that at the very minimum, I was spending $500 more than I was making. It gave me a very real look at my finances, and that's exactly what I needed.

Even after going through my grocery list and only buying the necessities, I was still in the negative. My bills alone were putting me there, so something had to change. Once again it was back to the internet to do some research. I found out that bills (also known as expenses) are classified in three main groups: variable, periodic, and fixed.

Variable expense are mostly what we talked about in the previous article. They are the day-to-day expenses that you have the most control over. Whether that's shopping, going out to eat, or heading off to an amusement park. However I also want to bring up some of the lesser known costs that seem small but can add up quickly.

Netflix and other streaming services advertise low monthly costs around $10/month which might seem negligible. However, having multiple small costs can add up quickly. If you have several small accounts such as Hulu, Amazon Prime, etc. You could be looking at $30+ a month that is taken straight from your account without even noticing. That's $360 a year! Make sure to go through your small reoccurring expenses to make sure you aren't paying for a service you don't even use.

Cellphones are practically a necessity in today's world, and with them, the cellular carriers: Verizon, Sprint, AT&T, etc. For a long time I assumed this was a fixed cost that I had to accept and pay $75/month for my cell phone and 5GBs of data. Then I did a little shopping around. The larger brands do a good job of keeping smaller players out of the spotlight, but when you look hard enough you can find some crazy deals.

The first thing I did when I finally bought a new phone was to make sure it was unlocked. This means that I can take that phone to pretty much any cellular provider I want. I was no longer locked into Verizon. Now that I was free to move to another provider, I did some research and found Mint Mobile. Mint Mobile has some crazy prices and also happens to be co-owned by Ryan Reynolds (or as most would know him, Deadpool). Mint Mobile rents their cellular towers from the Sprint/T-Mobile network so they have good coverage at some pretty crazy prices.

You can check out Mint Mobile here. But pretty much you purchase your data and cell service on a month/quarter/year basis, and the price is discounted by how long you purchase. I figured I was going to use my cell phone for the next year so I purchased 12 months of their 8GB plan and it cost me $240. That's $20/month. I was paying Verizon $900/year for 5GB. Within that first year I saved $660 and I got 3GB of additional data per month.

Another variable expense I took a look at was my car insurance. Right around this time I turned 25 years old, and in the car insurance industry that is a big number. Prior to that age you are usually being charged a premium even if your driving record is clean. I called up my car insurance and asked if I could receive any discounts or changes to my policy because of my age. They just turned me down. Well being slightly perturbed by their unwillingness to help after 8 years of on time payments and a completely clean record, I decided to look somewhere else.

After a little googling I found Amica Mutual Insurance and had $50 knocked off my monthly bill when I signed up. Not only that, but since the coronavirus started they have been offering small refunds/discounts on their auto policies since incidentals are down due to less driving. The refunds are only $8-$12 a month, but it makes me happy to know that I am paying a company that values its customers enough to pass on savings. You can check out Amica Mutual Insurance here.

My final tip would be to check if your insurance provider offers a discount for paying the bill in full. Often times providers will give a 5-10% discount if you pay the entire bill upfront. Doing this saved me around $100 and took the bill off my monthly budget sheet which was a bit of a relief in itself.

This category covers bills that wouldn't fall into a monthly reoccurring expense, and those that aren't necessarily tied down to a specific date or time. Things like an oil change, a quarterly water or trash bill, car registration, and so on. These bills can slip through the cracks, and are often not accounted for in a typical budget.

In my situation, these things usually popped up at the most inopportune time. I was already stretched beyond my capabilities, and due to that there may have been some oil changes I skipped and vehicle registrations that were paid late. But it also made me realize something. If you are paid biweekly like I am, you will receive 26 paychecks in a year. For budget purposes I always assumed two paychecks per month, so that means that two months out of the year I was getting an extra paycheck that wasn't accounted for.

These two 'bonus' paychecks were vital for me. Any periodic expense ended up being paid by these checks, and the rest I would try to save away in case of emergency. These checks also really helped because I used it to pay off certain monthly bills on an annual basis like the cell phone bill and my auto insurance. This cascaded into my monthly budget by removing expenses I'd normally pay there.

It was extremely tempting to go and splurge with the extra money, and I'd be lying if I said I didn't. But the feeling of having a little in savings and having some room in my monthly budget felt so much better than whatever I would have bought.

"A little progress each day adds up to big results." -Satya Nani

Fixed expenses are bills such as your rent, a car loan, mortgage, or credit card bills. They are fixed because they are usually reoccurring expenses that generally don't change. This group included the bulk of my expenses and was the main reason why I was in the pit. You may have noticed that I underlined 'generally' earlier, let me explain why.

I was paying for a 2 bedroom/2 bathroom apartment located down the street from a school. Why does that matter? Well for one, the only person living in the apartment was myself and my overly energetic (possibly possessed) cat. And two, it was prime real estate for a family due to the close proximity of the school, which meant higher rent. It was great having a large apartment and an additional room I could call my office. But was it a necessity? For me that answer was no. I was spending around $1,100 a month between the rent, utilities bills, and internet. And while these things were listed as a 'fixed' expense, I realized that they weren't fixed at all. They were expenses that could be changed or manipulated just like all the rest, I just had to change the situation.

At this point I had a couple of options:

I ended up taking the 3rd option. It ended up being quite a drive to work, however my 'fixed' housing expenses went from $1,100 to $650. To do some quick math, over the course of that year I saved myself $5,400, and the relief I felt was priceless.

Another thing I learned from my research was the snowball rule. I had four credit cards that ranged from $1,000 to $10,000. They also had different interest rates from 16% up to 26%. The snowball rule was simple, pay the credit card with either the highest interest rate or the lowest balance off first. Once that card is paid off, use that money to pay off the next and so on. This strategy was extremely beneficial. I chose to focus on the lowest balance first, and the sense of accomplishment that I got after paying it off kept me motivated to keep going. Remember to celebrate your progress, acknowledge that you are learning and moving in the right direction.

It took me a year and a half to figure this stuff out and to really commit to my lifestyle changes. I forced myself to limit spending to $400 for groceries, gas, and essentials, and after implementing all of the savings I had discovered, my budget looked like this:

Revamped budget after implementing the changes

I was finally living in the positive, albeit modestly and with some pretty strict restraints. I was finally able to stop using my credit cards to pay my bills, and it was fantastic to see their balances finally decrease.

It was a long process getting out of the hole I had made myself, and it took sacrifice and some big changes. While it was a difficult part of my life, it helped me get a better grasp on my money. It was also after this that I realized the true meaning of Frederick Douglass' quote:

There will always be struggle and uncomfortable situations in life. But as long as we learn from those situations and persevere through it, we can come out of the other side a stronger and wiser person. So if you are currently going through a similar situation, I hope this information helps. Keep on going because you will get through it, and there is a better and tougher you on the other side.

Let me know what you think, and if you have discovered any other tips. Tweet me @CJ_3FW! The next article in the series focuses on step 3; how to begin saving, and making sure this kind of thing doesn't happen again.

Did you miss part 1? Check it out here!

See all posts by CJ Miller →