Passive Income Is Not A Lie

by James Ssekamatte 9 months ago in personal finance

Your expectations are though 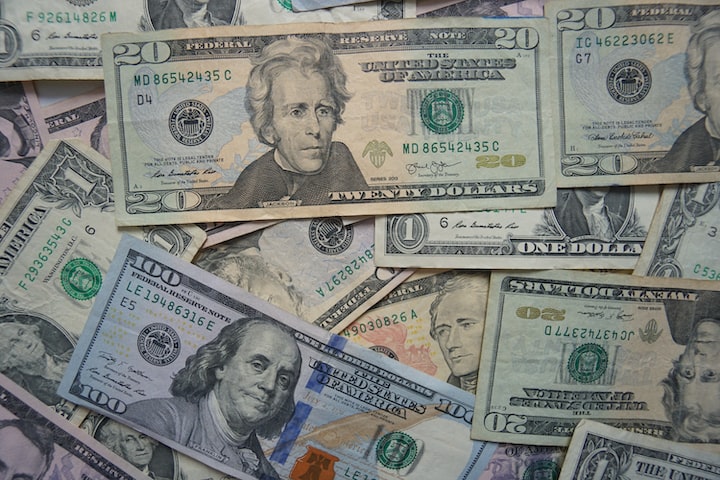 Photo by Blogging Guide on Unsplash

I was watching a youtube video of this favorite vlogger of mine that had not posted in over 7 months. 10 seconds into the video, I was hit with an ad and it for some reason got me thinking about the nature of passive income and our expectations about it. And here comes my rant.

Passive income is defined as the income that requires little to no effort to earn and maintain.

When it comes to online passive income specifically, many people take the above statement to mean that you just have to click a few buttons and like a flip of a switch, turn on the perpetual flow of money into their lives.

I have seen even great businessmen fall for these scams many of which were in the MLM and Cryptocurrency industries.

The promise for a never-ending supply of money with almost no work on your part is really appealing but just like in marketing, they do not sell you the process, they sell you the potential.

Yes, the potential is that you can set up a stream of income that outlives you without ever needing to work again but you not only can never get satisfaction out of that kind of life, but you also have to engage in the process of getting there if you desire such conditions.

People will tell you that passive income is a lie. But are they right? Obviously not. Let's take an example.

If someone had investments of say $50M which grew at about 7% after taxes annually without work on his or her end and that person spent only 3% on their living expenses, that would be $105,000 after tax which is above an average American household pre-taxed income of $78,635 according to the bureau of labor statistics.

Such a person would be living a pretty comfortable life with no work so let's drop the “passive income is a lie” nonsense.

This here is the problem with people that talk about passive income. They will tell you that you can get to that $50M pretty quickly by a few easy tasks.

To have passive income, someone or something has to be working to generate that income you are talking about.

Slavery was a thing as far back as the 1600s and in this case, people were working on plantations and the plantation owners were reaping the benefits.

Was that passive income for those owners? I don't know. But according to our definition above, they put in little work, not like the people who directly worked those plantations.

If the owner was away, he would still make money since other people were doing the work. There was an element of passivity to their income then that had been created as a result of using other people to work on those plantations.

When slavery was abolished, machines came along and so did employment as we know of it today. Still, the people who built those machines or used them in their businesses benefited from the efficiency that the machines were able to achieve. Same for the workers those people employed.

The workers relied on active income since they needed to work to get paid but the owners of those companies did not need to physically work on their business for them to benefit.

One man could build an entire monopoly on a product like oil because he had the machines and people who could do work that he alone could never do in a single day. He was left with managerial and oversight roles. Again there is an element of passivity in this given that such a person could afford to do other things without crippling his main monopoly.

Around the same time, machines got an upgrade, and software came along. People’s skills were now better as well since they could now work with the machines to be more efficient.

Now people could send written messages by fax, bye-bye to pigeons or whatever they used before that. That made things easier to do business with people far away. Again something that would not have been possible without a fax machine system.

You can see that passive income came into people’s lives as they discovered and implemented more efficient ways of getting their work done whether it was through employing other people or getting machines to do their work.

Things are even much easier now with the internet and there are systems within the internet ecosystem that people have used to put their money to work.

We are not in the 1600s anymore. Now people put money to work for them instead of using other people unjustly. Of course, we still have some degenerates who still stick to enslaving people but I digress.

Putting money to work for you can mean a lot of things whether it is employing someone to help you with your work or investing in a system that can make your work much easier.

Technology and the internet have also made it possible to build these systems without money but the only requirement is time.

You may know these systems some of which include YouTube channels, blogging platforms, software development systems, and so on. Of course, you are probably going to need the internet and some form of a device but that’s about it.

As of today, however, you are going to put your money to work or your time instead.

What you can’t make up for in money, do so with your time. This is how you can build a passive income.

You need a system that can work for you but that system has to also have elements in it that are actually doing the work.

When you look at MLMs for example, the reason why most of them fail is that the owners are the system and the system is the owners. If you join an MLM company, sure they might give you a product to sell but often the lucrative deals are in the downlines. You can make so much more by bringing in more people into the MLM than you will ever make selling the actual product.

Any sane person knowing this would totally focus on bringing in more people and totally ignore the product. This creates a system that is made up of people who are actually supposed to use the system if that makes sense.

So when the system cannot work for just one of the people, it starts collapsing so fast. The system is the people and the people are the system. It’s like a snake eating its tail. Not pleasant.

Most passive income promises have this false expectation of some kind.

I remember when I used to trade forex and binary options. I had read so many volumes on technical and fundamental investing and this one company targeted me with ads to trade with their company with no money down and in fact, they were given new traders a $10 signup bonus.

Binary options are fast and almost just luck if you are trading in the lower time frames of minutes or even seconds.

My strategy was to go for longer time frames and apply my knowledge of technical analysis. I grew that $10 to $2000 in about a month since I was really exposing my portfolio but when it was time for me to withdraw my money, I got banned. These were people that were promising riches without work but they did not have the right systems to back up their business.

I have over the years seen people that tell others that they will get you a 100% daily return on your investment if you work with them and you do not need to do anything. All you have to do is to invest with them.

Bro, are you kidding me. 100% daily return. Even Warren Buffet one of the greatest investors alive today only gets about 20% annually and someone on the internet is promising 100% DAILY!!!??..

Oh, James, Warren Buffet is a fundamental investor… Ok, let us go to the technical analysis investor who is one of the greatest in the world. George Soros. He too has an average of 20% annually. So what magic are you doing to get 100% daily? Here is even the funny part. They tell you it’s guaranteed. Someone can guarantee to make you a specific return on an investment???

The only guarantee is death and taxes as people say so I won’t even waste time trying to prove that wrong.

You can see that passive income exists but your expectations are the lie.

You need to invest time or money in building up to the level where the income you have coming in requires little to no effort on your part.

You can for example start a youtube channel and know that 1 to 3 years from now, you will have some level of passive income if you spend time creating videos that people want to see. In this case, you are spending your time making these videos that people will watch years from the day you made them and they will be making you money long after you have forgotten about them. The system is youtube and your elements in that system are the videos. They work for you long after you have created them.

You can start so many other internet businesses or even offline businesses and start creating a system that is 1 to 10 years should be getting you the passive income you seek. The time is going to pass anyway so why not do it?

You can read the $100 startup book that will help you create businesses that will serve as elements in helping you create passive income for yourself and your family in the future.

Stop chasing quick fixes, they never last but also stop listening to people telling you that passive income is a lie, you only need time to test it out for yourself not people’s opinions. Experience is the best teacher.

Read next: What Is the Unique 3-Digit CVV Number?