Here's why I bought the dip on Intel

by Dissecting the Markets 2 months ago in economy
Report Story 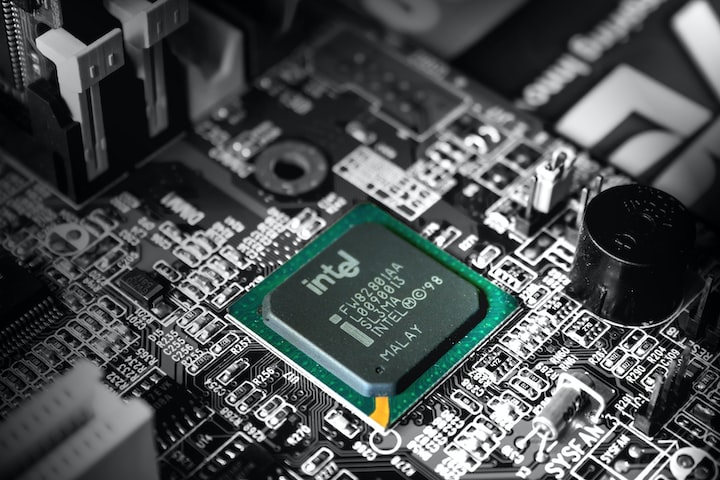 It's the summer of 2022 and automakers are still enduring a massive chip shortage. Even if Tesla is having a better time weathering the chip shortage, automakers are still struggling to gather enough chips to produce vehicles. Meanwhile, with the demand for PCs and other electronics declining, investors believe that the demand for chips is cooling off.

Under the leadership of Intel's newest CEO, Patrick Gelsinger (Feburary 2021 to present), the company has doubled down on the foundry business. As Big Tech giants like Apple and Amazon look to make their own semiconductors, Intel's foundry business will be able to produce chips for them. The move is great considering that in the past, Intel's chips use to be used for Apple's laptops and desktops. Even if they won't use Intel's chips, Intel can manufacture Apple's chips.

The foundry semiconductor business is no more or less cyclical than the fabless semiconductor business. With growth being highly correlated to GDP growth, a long-term investor in a foundry chip maker will have to be comfortable with the volatility that comes with investing in them. Foundry chip makers rely heavily on ASML, the only maker of lithography machines. Intel competes fiercely with TSMC and Samsung on securing the latest lithography machines by ASML to produce more advanced chips sooner.

In general, as the world becomes more digitized, the demand for semiconductors will continue to grow. A year ago, I wrote an article detailing the immense upside that semiconductor stocks have. Overall, with the chip shortage and growing digitization of society, the semiconductor industry has more upside.

There are a couple reasons why I bought the dip on Intel.

Second, the company is simplifying its business. With various businesses, there's value to be unlocked by having the parts be sold or spun-off. In December of last year, Intel sold its NAND memory chip business to SK Hynix. This business is more cyclical compared to its other business lines, and selling it made the company more stable as a whole.

Also, Intel is looking to spin-off Mobileye. For those that aren't aware, Intel bought Mobileye for $15 billion in 2017. This year, the spin-off of Mobileye is estimated to be worth $50 billion. For the 5 years that Intel owned Mobileye, the value of the self-driving automotive startup grew by $35 billion. Using the geometric average formula, on an average annual basis, Intel's investment in Mobileye grew by 200%.

Finally, under the leadership of Patrick Gelsinger, Intel stopped doing share buybacks since Q2 2021. Under Intel's previous CEO, the company chose to allocate more money to share buybacks than on research & development and expanding manufacturing capacity. Gelsinger is positioning Intel for the future.

While the crypto bear market is reducing the demand for chips, Intel's latest ASIC chip is seeing immense demand. While the main selling point of Intel's latest ASIC chip is on energy efficiency, according to Bitcoin mining firm Hiive, the chip will increase their mining rigs' hash rates by 95%. Even in bear markets, many miners will look to make investments to lower their cost of mining to survive. And while other chip makers focus on other industries, Intel will be taking more market share in the crypto mining chip industry.

One concern that I have for Intel and the rest of the semiconductor industry is the US government's broad, strings-free subsidization of the industry. According to the Cato Institute, subsidizing a healthy and strong industry will do more harm than good. Here's a quote that explains why:

"Subsidies, on the other hand, present far likelier risks—as China itself shows. Its industry remains years behind top chip makers and riddled with problems despite the Chinese government spending decades and billions of dollars to achieve national semiconductor greatness. U.S. subsidies, rather than producing an efficient, competitive domestic industry, could instead make it bloated, dependent on federal assistance and globally uncompetitive."

Because the chip industry is highly cyclical, pushing for more capital investment in the industry will only make the downcycles of the industry more severe on the industry. The more factories that chip makers set up in the upcycle, the bigger the supply glut will be in the downcycle. Subsides would exacerbate the problems that come with a semiconductor downcycle.

Also, by subsidizing the semiconductor industry, the US would endure trade conflicts with foreign nations as those nations would impose policies that would protect their domestic chipmakers from subsidized imports. By inspiring other nations to impose protectionist policies, chipmakers will end up in a worse position than today.

Those that think that subsidizing the chip industry to solve the chip shortage need to realize that the subsidies won't solve the issues within a year. Since it takes three to five years to build a chip manufacturing plant, any newly subsidized production will come online in a few years.

Rather than give subsides to semiconductor firms, the US government can provide other policies that support the semiconductor industry. One of those policies is expanding high-skilled immigration. As chipmakers build more factories, they'll need more laborers to operate those factories. Another way that the US government can support chipmakers is to reform the tax code, which hurts capital intensive businesses more. And finally, by promoting free trade, US semiconductor firms can receive more opportunities for exporting and reduce the cost of manufacturing semiconductors altogether.

As for Intel, because of their strong balance sheet and experienced management team, they'll be able to navigate a chip downcycle better than their competitors.

Investors should be vigilant about investing in the semiconductor industry while the possibility of a chip supply glut is on the horizon. Intel, as well as other semiconductor companies, are well capitalized and the industry as a whole is healthy and growing.

Even if Intel sees growth from its foundry business and from its new Alder Lake chip, the prospect of governments providing subsidies to industry players shouldn't be met with open arms after seeing how the Chinese semiconductor industry fared in the face of high subsidies.

In the meantime, invest wisely!