Here's what you need to know about the ruling in the Apple v. Epic Games trial

by Dissecting the Markets 9 months ago in investing
Report Story

Let's get through the noise and figure out how Apple and Epic Games will be truly affected by the new court ruling. 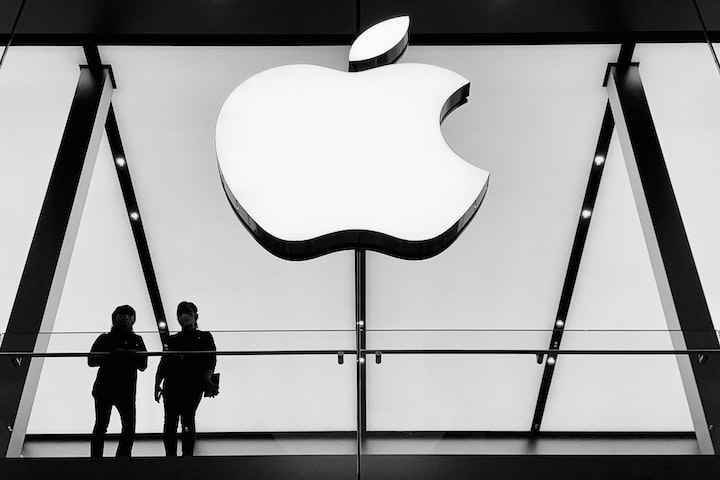 Photo by Zhiyue Xu on Unsplash

This is not financial advice. All content should be opinionated. We are not responsible for any gains & losses. Please see a financial advisor before making investment decisions.

Recently, Apple shares were down 3.3% as the judge ruled that Apple can no longer force developers to use in-app purchasing.

This hurts Apple and benefits Epic Games and other app developers as many other apps can now circumvent Apple's payment processing fees when users do in-app purchases. Typically, the App Store charges 15%-30% of the gross sales as a fee for doing in-app purchases. The new ruling allows app developers to direct their customers to their own website to make the purchases there while avoiding the fees and still being able to stay on the Apple app store.

At the same time, many Apple investors are worried about how the company's services revenues will do down the line since revenues from the App Store are included in the services revenue segment. Since some estimate that the App Store contributes a lot to service revenue, the services segment will be hit hard. However, because service revenue is a lot smaller than hardware revenue, the damage won't be much for Apple overall.

According to CNBC, 70% of the App Store's revenues come from a small percentages of customers that play games. This fact, which was discovered in the court rulings, failed to prove that the Apple is a monopolist. While the court proceeding have shown how difficult it is to break up Big Tech, it's starting to pressure Apple to reduce its greed.

To sum up everything, both Apple and Epic Games had things to gain and lose from this verdict. Apple benefits from being able to continue to do business as usual while finding new ways to prove that it isn't a monopolist (great for fighting against Lina Khan). Meanwhile, Epic Games benefits from being able to stay on the App Store and at the same time, avoid having to pay the high payment processing fees by being allowed to direct its users to its own website to make the in-game purchases.

As for how both parties lost, firstly, the legal fees they've both incurred was a big waste. The entire legal fight ended with a verdict that was neutral. Secondly, Apple is now dealing with a huge blow back on how much money it can make from its App Store.

My Thoughts on Apple from an investment perspective

"Apple as a Service" was the bull thesis for Apple for a long time. As iPhone sales slowed, many would continue to point out the growing revenues from its services. As Apple sold more devices, it had more services to sell to Apple users. It's one of the big reasons why Apple didn't have much concern over how their older products were cannibalizing the sale of its newer products. Plus, it was smart for Apple to focus on the services since it allowed them to monetize any existing devices they produced and sold onto the market rather than rely heavily on hardware sales.

Like Peloton and Tesla, many of these tech companies would build the hardware first while reaping a big windfall, then monetize it further through selling services on it. While Apple has been successful in monetizing its existing suers via iCloud subscriptions, in-app purchases, and other services, the ruling puts a massive dent on its services revenue potential.

Because we don't know exactly how much profits the App Store has made, we don't know how important it is to the Services segment of Apple's financial reporting. If the App Store provides more than 50% of the revenues and profits to the Services segment, then the "Apple-as-a-Service" bull thesis will fall apart and investors will have to demand a discount on the company's valuation to compensate for the added risk that its true business model poses.

In the meantime, seeing that Apple is trading with a PE close to 30, I'm going to avoid the stock and wait for its PE to go lower in order to consider it a great investment. At the same time, I think the stock should go lower and that the market should give Apple investors a margin of safety if they choose to buy more shares in the tech giant.

At the end of the day, I would prefer for Apple, along with the many other Big Tech companies, to be broken up. With this court ruling looking to be the canary in the coal mine on the many more regulations that Apple will have to comply with to keep its assets under its entity, sooner or later, being a Big Tech giant won't do much good for shareholders if the government will continue to impose limits on how it can make money and control how clients do business on its platform.

Apple continues to be a cash cow business, but with the court ruling and the possibility that the economy is slowing, maybe it's time to take some chips off the table and see what directions things will go. With that, all I have to say is invest wisely!