by Simon Constable 9 months ago in economy
Report Story

Never mind strong economic growth, voters focus on other things at the polls 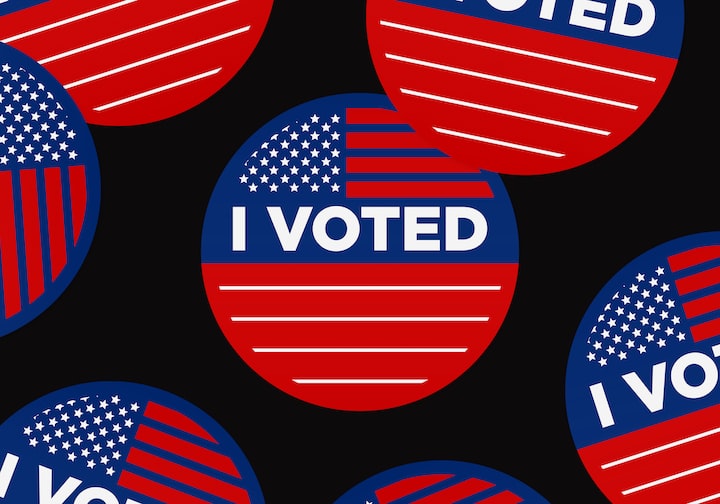 Almost a year into his presidency and a key economic metric shows some bad news for President Joe Biden, and by extension the Democratic Party.

While growth of the economy remains robust despite the continued COVID-19 pandemic, that’s not what voters tend to focus on when they go to the polls. And there’s Biden’s issue, because the bulk of the problem falls on the Federal Reserve, which doesn’t look likely to fix the matter any time soon.

Since he took office, the misery index has risen substantially and that tends to auger badly for Mr. Biden’s re-election. Doubt me? Just ask Gerald Ford, Jimmy Carter, and George H.W. Bush who both got tossed out of office by voters after one term when they saw their Misery Index (MI) scores rise.

Currently, the MI it reads 11 (4.2% unemployment plus 6.8% inflation) up substantially from 7.7 in January when Mr. Biden took office, according to the latest data shown on the TradingEconomics website.

It might be early days for Biden, but this is the sort of thing that voters care about. GDP has been relatively high this year (between 2.1% and 6.7% depending on the quarter) and is forecast to continue its positive momentum, again according to TradingEconomics.

But American voters tend to vote with their pocketbook rather than by ideology or theoretical ideas. In this case, while unemployment is low, and falling, the cost of living is up substantially and shows no sign of abating any time soon. Worse still, the jump in inflation far outweighs the drop in the jobless figures

And there is little that the executive or legislative branch could feasibly do to fix the inflation.

It is up to the Federal Reserve to ensure monetary stability and fix the inflation surge. So far, its efforts haven’t garnered much confidence. In the first place, Fed chair, Jerome Powell, repeatedly stated that the inflation surge was a transitory phenomenon, only backing off when the evidence overwhelmingly showed the opposite was true.

The Entity Tasked with Finding A Fix Isn’t Reassuring

In addition, the Fed itself has a reputation for dealing with economic matters too late in the game. Just cast your mind back to the financial crisis, when then Fed chair Ben Bernanke said the problems with dodgy loans made to less than creditworthy individuals would likely not hurt the overall economy. CNBC reported him saying:

"We believe the effect of the troubles in the subprime sector on the broader housing market will be limited and we do not expect significant spillovers from the subprime market to the rest of the economy or to the financial system."

It turns out that declaration got made in mid 2007, months into the crisis, when these fast-defaulting loans were already wrecking the banking system. In other words, the Fed was too cautious in taking action to deal with what turned out to be an epic problem for the global economy.

If the Fed acts cautiously on the current inflationary surge, as it seems to indicate it will, then it seems more than likely that inflation will continue to run amok destroying the purchasing value of savings and earnings alike.

Voters likely won’t like that situation and neither will investors.

When U.S. inflation is anything but temporary it can quickly lead to a devaluation of the dollar, and that tends to send investors fleeing for non-financial assets such as gold, such as the metal held by the SPDR Gold Shares exchange-traded fund, real estate and non-dollar investments.

One year in to his presidency, and Biden should be worried about how he’s going to fix this problem, and so should investors.

This is an edited version of a story previously publsihed on Forbes.com onDecember 19, 2021.