3 Bad Money Habits that Should Scare You More Than Ghosts

by Ian Fan 2 months ago in advice
Report Story

Spook the ghosts of bad money habits away 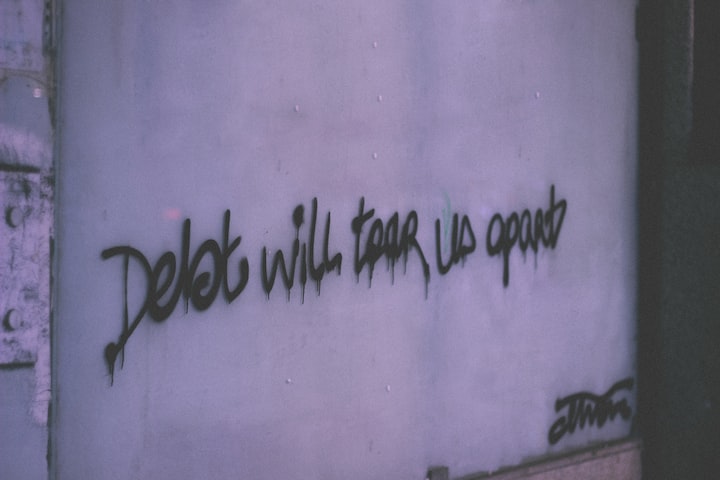 Photo by Ruth Enyedi on Unsplash

If you’re in the East here, it is ghost feeding season this month in August. Halloween will have to wait till October. Anyway, trick or treat is only once a year. A horror movie is 2 hours short. The horrors of bad money habits can last a lifetime.

Being ghosted in a relationship is bad enough. Being ghosted by bad money habits is a nightmare! Here are ways bad monetary habits can haunt your wallet and give you nightmares.

Buy the rumour, sell the news.

Smart Alex, not his real name, is all ears for the latest (insider) tips and news before it hits the market. He is a sucker for get-rich-quick-schemes. He said, “One word that defines my investment strategy: YOLO.”

He believes in the herd mentality. Follow the crowd.

Months later, he discovered that the fund was a pyramid scheme and he guaranteed, lost his investment. It’s scary to lose your hard-earned money after a long run, in a short term.

Instead of the angelic 20% annual return returning; the ghosts of lost savings haunts.

A wise person puts his or her monies to work. A wiser person does the due diligence. Money is leaving your pocket — a place of control — to an investment space, an area that is very much out of your control.

Anything that is too good to be true is highly untrue. A financial consultant shared, “Anything more than the normal and average returns should be deemed with caution.”

We live in the internet age. Information is at our fingertips. Non-due diligence is not a reasonable excuse in this day and age.

There are tons of so-called investment gurus on TikTok, YouTube, and social media. It may be relevant as they share their personal investing experiences, backed by the shared experiences and support of the community. I throw caution to the wind. Take their “advice” with a pinch of salt.

A few minutes and hours of research goes a long way towards giving you good dreams and scaring the debt collecting ghosts away.

Dress to impress, Elly takes it up a notch. She spends to impress. Shopaholic spends more than she saves. Materialism attracts her to go on a shopping spree. She swipes her cards, spams the “buy” button online — all to impress her friends with the latest fad.

Inasmuch money was flying out of her purse; her mailbox was filling with bills. Bill the ghost was giving her nightmares every night.

Spending is necessary, but spending to impress is unnecessary. Even though first impressions matter; impressions don’t last.

Switch from spending to impress, to save to impress. It is better to have peaceful sleeps and sweet dreams with a bank full of cash than a pile of bills outside your door, haunting you and giving you nightmares.

It takes many days to form a new and good habit. But when financial disaster hits, that habit of saving will be an angel in disguise.

Bill has a habit of paying his bills late. Not that he wanted to be the only bill among the bills.

As the pile of bills increased, so did his debts. Soon Mr Bank came knocking on Bill’s door. Bill’s face turned white as snow, as though he had seen a ghost.

Pay your bills on time

To scare the laziness away, learn to develop a habit to pay your bills on time. The earlier, the better.

It haunts to pay later and late. The “r” from later to late is r-rated with horrifying ghosts. The sooner the bill is paid, the later the ghosts appear.

Scare the ghosts away by paying your bills on time.

To end the day and call it a night: pay your bills on time, save to impress, and research to invest. Do these to have sweet dreams and scare away the bad habits of paying your bills late, spending to impress, investing without research, and the ghosts that follow them.

More stories from Ian Fan and writers in Trader and other communities.