Hint it’s not China or the top 10 wealthy families. 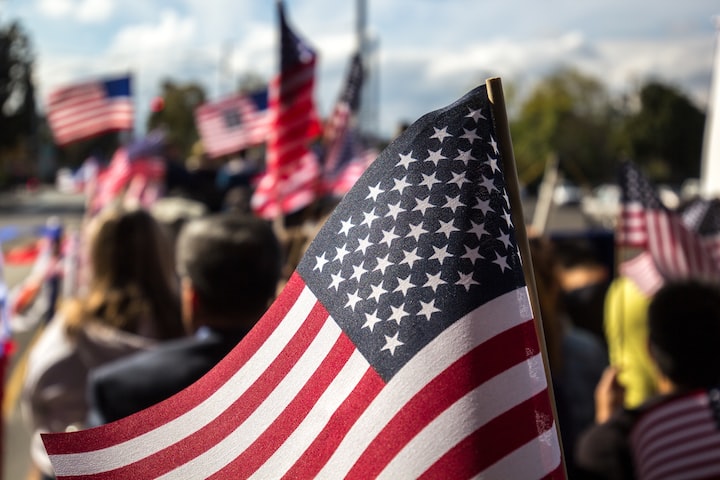 Do you know who owns America? Probably not. Is indeed a strange question but we will go first into what this story is not about. We will not be advancing in great detail on the clumsy, counterproductive, and often exaggerated arguments of conspiracy theories. Also, we will not let the smart alecks, doubters, pundits, fraudsters, and bureaucrats tell us allegations about principles and rights. Truth be told this question was addressed for the first time in a volume of essays published in the 1930s. Back then Herbert Agar and Alan Tate brought a selection of their writings into what was called “Who Own America? A New Declaration of Independence.” But not going there, to be honest.

For a smart take, the answer depends on perspectives. Therefore with minor exceptions, more people will say “WE THE PEOPLE” but in real practice perhaps only those who own land or capital. As laws said any given area belongs to whoever has the power to enforce claims on it. So basically who owns something gets to decide how it is used also. In this paradigm, the land will enforce decisions in the economics of the free nation. Over one-third of the American land is owned by the Federal government, then non-home real estate and home residents. (ex: George Washington was one of the biggest landowners of his time.) Is land so important in this equation? Capitalism attributes a firmly yes asserting the land as a fundamental resource upon which all life depends. It is no wonder corporate ownership and foreign investors are increasing their holdings. By all means, Canadian individuals and entities own the most land with 4.7 million acres with the Netherlands second but neither of them is influencing the nation's decisions. But, if we add the free market which provides means for risk management with insurance, diversification, and asset allocation we get to postulate that the USA is “owned” by the directors or trustees of Wall Street large corporations. A cognitive shortcut of corporate-dominance theory with so many adepts. Even professor Lyle H. Lanier, in his essay “Big Business in the Property State,” asked how “two hundred corporations control more than fifty percent of the nation’s industrial assets?” We would like to believe that because our views of reality have been shaped, molded, and warped by those who manipulate what our minds are exposed to. What we believe about the world is communicated to us through intermediate means so no direct experience. We should not be fooled. A perfectly reasonable response would be at least 200 pages in a society propelled by tools (internet, social media) that can provide endless problems, not clear answers.

Corporate domination is believed and told to us to be maintained through a leadership group called ‘the power elite’.(the Bohemian Club) Ok, so elite domination by the few. According to the “who owns who” indicator, the upper class controls the corporate community. We can say that members of the upper class are not all from wealthy families and a lot of exceptions are valid to that generalization. Also, some are not involved in governing or interested in politics. The Bohemian Grove, and other watering holes and social clubs are places where some wanna-be or politicians mingle and brag about their past exploits. It’s not an imposed power elite dominance. I know this concept will raise elbows on so many and immediately put people on guard. But I will take my shots! Moreover, let’s say is something identical and a few are owning America. Domination does not mean complete control. There is still free speech and the right to vote. The electorate has been able almost on every occasion to place restraints on the actions of the called power elites or to decide which ones will have the greatest influence on policy. Thus, this idea of corporate dominance goes against the American soul and the founding principles of the country. When there is democratic participation through elections and lobbying, and when the evidence of social mobility is everywhere I cannot see how a fixed power group could go beyond the constitution and the laws. No one doubts that individual corporations have great power and influence decisions but to own America is still too much to grasp.

Also, if we get beyond land and corporations in terms of capital and money we reach too sovereign debt. Pundits will say that China and, to a lesser extent Japan, own most of that so in this regard the largest chunks of the United States. It’s just not true. There’s a disheartening twist. Americans own the most from sovereign debt. From this perspective, power generated by owning bubbles up, and the conspiracy of a power elite with a secret desire to rule us all it’s only a ghost. Always conspirators said (decades ago) that it is really going to happen this time, but it really never does. Since these assumptions were wrong we can assume that leaders act for their usual reasons: profit or elected positions.

In conclusion, capitalism creates an ownership class that has immense economic resources and the potential to inflict good or bad. That is a more difficult problem because by virtue of its social and economic position the owners can or not rein political power. Therefore not top families or a strange secret group have the American power or owns America. This is exercised by various elites from all domains who may not be members of a superior class, and whose allegiance is always changing. Different factions within these elite classes compete in a battle of thorns every day. The problem is when we throw the blame on class and influential groups in our society we will give aid and comfort to those who promote the rhetoric of envy and resentment. Liberating markets or redistribution of wealth doesn’t need to be linked with social conservatism, or anti-immigrant hostility. Despite caveats, a full-blown story of owners of America would need to include more sectors or markets that can contribute to social betterment.