What will define the New Order?

by 7 Cubed 4 months ago in politics

Power and influence in the coming decades. 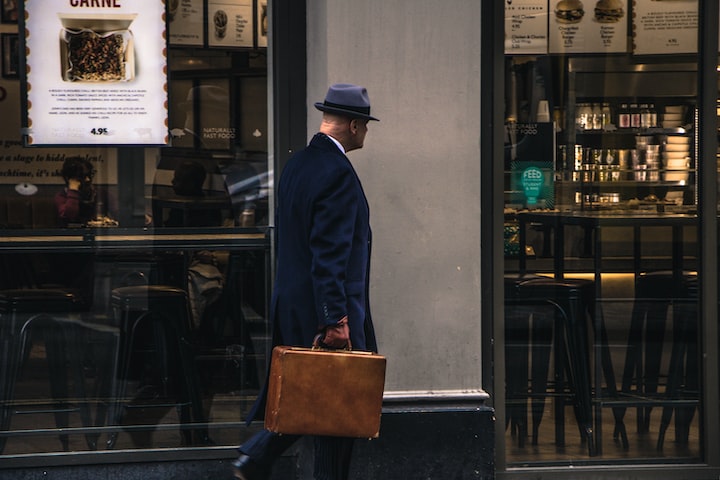 Photo by Killian Cartignies on Unsplash

Geopolitics and international affairs in the coming decades will be mainly focused on cyber capabilities, threats, and actors. While the USA lately has concentrated on building fighter jets, missiles, and conventional warfighting weapons the rivals have increasingly adopted irregular warfare: cyber attacks, the use of proxy, propaganda, espionage, and disinformation. The new digital innovations have offered adversaries increasing opportunities to find vulnerabilities and the potential to undo the capacities and military forces. Planting a seed of misinformation in a bed of long-standing tensions will culminate in the destabilization of a region, country, union, club, alliance. A well-targeted cyber-attack can generate conflict and trigger political landslides in the glimpse of an eye. So will geopolitics with irregular parts define the new world? I say loud yes.

Cyber-attacks are the main attractions in irregular warfare and can roughly be grouped into two types: breaches to gather information (digital espionage), and attacks on foreign systems to block or damage adversaries’ critical networks. While it might be cheap and let’s say it is easy for some hackers to break into a system, the development of an attack with real-world impact is much more complex and requires knowledge and capacities that not many state powers or actors, let alone non-state actors, may possess. Cheaper than building conventional and nuclear capabilities of course. Better on low risk of retaliation because hard to attribute authorship. Such operations are understood to be sensitive and thus often function best when their existence goes undetected. Thus, agencies and departments focused too much on planning for conventional war are on a dangerous field like some policymakers fixated on building a bigger navy with more than 500 ships, spending trillions on nuclear modernization. They are giving too little attention to irregular warfare and they will be only on the defensive side if they do not change the approach. “China, Russia, and Iran are daily ​targeting the United States at home and abroad, using irregular means.” says the agents of the department of state. Main tools are not fighter jets, battle tanks, or infantry soldiers, but hackers, spies, special operations forces, and private military companies with clandestine links. A war of shadows.

Beginning in the 1940s, for example, China orchestrated relentless propaganda and intelligence campaigns against Taiwan. But China had never been aggressive with operations against Americans. Lately, they ramped up pro-​Beijing and Anti-​Washington propaganda on social media platforms. Zhao Lijian, a Chinese spokesman for the Ministry of Foreign Affairs, wrote on Twitter in March that the US military might have spread COVID-​19 in the Chinese city of Wuhan. This claim that the US Army had infected individuals in Wuhan was ridiculous and completely unsubstantiated but it was a part of this irregular warfare. Soon Russian and Iranian governments joined the fray, aggressively promoting conspiracy theories that COVID-​19 was a US-manufactured biological weapon. A news outlet in Russia published an article titled “Coronavirus: American Biological Warfare against Russia and China.” Also, the head of Iran’s Islamic Revolutionary Guard Corps said: “It is possible that this virus is a product of a biological attack by America.” All of these claims are not true, of course. They only highlighted some of the major foreign policy instruments that those countries used to compete for this new century war agenda. US adversaries have exploited polarization in American politics. Thus each of these core activities has at least one natural partner: unconventional warfare is combatted through counterinsurgency and foreign internal defense, while counterterrorism is naturally paired with terrorism.

“Irregular Warfare is a complex, ‘messy,’ and ambiguous social phenomenon that does not lend itself to clean, neat, concise, or precise definition.” — Irregular Warfare Joint Operating Concept, 2008

All of this culminated according to Pew Research Center in the United States unpopularity in the age of Trump to be nearly on par with Kim Jong-​un’s North Korean regime. Favorable views around the world degraded and all other officials rub off the United States for lecturing the world about democracy and human rights. Some specialists are concerned that this could be the beginning of China overtaking the United States as a global power.

It is essential to understand important lessons from the past for how military and diplomatic corps will need to operate in the near future. While this may seem like a new and troubling trend, the most incredible aspect is that this trend is not new. Unconventional warfare was subject to a high risk of escalation and the creation of instability for decades. In fact, since the time of Napoleon, approximately 80% of conflicts have been irregular in nature. Therefore, for all these countries exemplified above, competition becomes largely irregular, ​not conventional. Drawing on interviews with dozens of US military, diplomatic, and intelligence officials, as well as hundreds of documents Seth G. Jones in “Three Dangerous Men: Russia, China, Iran and the Rise of Irregular Warfare” demonstrates that the United States has abandoned diplomatic actions that helped win the Cold War. So today’s interests are often out in a place beyond foreign policies and diplomacy. International relations in the twenty-first century may have more in common with the twelfth century than the twentieth. Look back to the European Middle Ages, when mercenaries were common and contract warfare the norm. Now get back in the future and see that contractor firms and private forces are operating in the conflict zones on the ground. They are producing a global system where problems will be more diverse. A new security dilemma challenging the ability of states and of the political system to provide both international and domestic security. Significantly changing the status quo of world powers.

More stories from 7 Cubed and writers in The Swamp and other communities.