What is next for Ukraine? 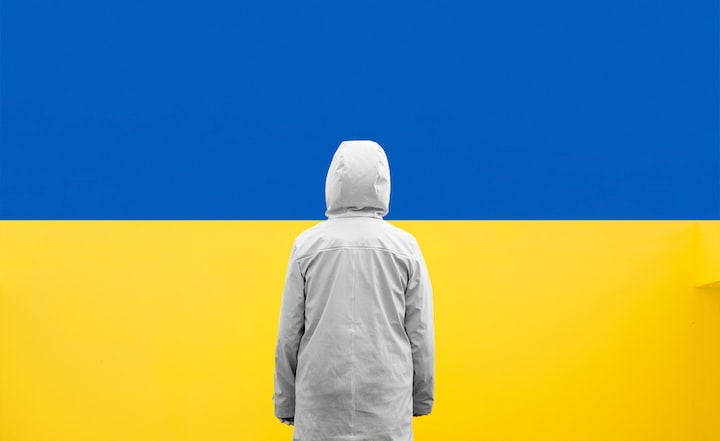 Photo by Daniele Franchi on Unsplash

Russia’s main goal in the region was and still is the federalization of Ukraine and to end its approach to the democratic West. The main global goal is to reverse the perception of the country that lost the Cold War. Soviet nostalgia has been a crucial hallmark of the last regime and still is. Thus, the question right now is whether Russia is going to accept a negotiated peace, more like the recent wars fought in 2008 and 2014, and try to cut a deal with Ukraine, or whether the Kremlin will maintain its maximalist demands, which may result in a conflict that lasts for months, years? What is next for Ukraine?

Going forward unipolarity is kinda over and with it his illusion. Over the course of centuries of geopolitical competition, policymakers theorists claimed spheres of influence, balances of power, and alliances. But after this struggle, if China is destined to be “the biggest player in the history of the world,” as Singaporean leader Lee Kuan Yew once claimed we, the others, must work to assemble a correlation of forces that China will have to acknowledge. This is the economy more or less side but in the military arena, Russia stepped in and made a defining walkthrough. He insisted to remain an exporter of security to what they call “friendly regimes”. Often what sustained this was a VISION of grand redesign that warms change of historic proportions. We might ask whether this vision has any systematic tasks or is just a dream? It doesn’t seem to be the case because Russia's vision is the destruction of Ukraine's sovereign nation and identity. Along with that to regain the place on the great powers table. But this vision is worth embracing? Is it based on ethical standards? withstand the test of logic? reasonable? is grounded solidly on facts? First of all the breadth of information in the creation of this vision was narrow. The inner circle of advisors deliberately refused to accept that they are not better and brighter than they are. They were profoundly ignorant of the history, culture, and politics of the people in the area. Underestimated the power of nationalism to motivate a people to fight and die for their beliefs and values. They failed to recognize the limitations of their “modern, high-tech military equipment”, and on top of that, they didn’t have the manpower for a sustained occupation. Might do well on “terror” but in the long run, this will face an outright collapse. There is a general feeling just saying not very certain, but objectively, a split is already happening among the Russian elites: former oligarchs versus actual ones. The former owns the economy in their hands and the latter (siloviki) controls politics. (the highest inequality levels of the entire European continent: the wealthiest 10% control 74% of the country’s wealth) Russia’s attack is also an attack on facts and reality. Cities have been turned to ruin it’s a fact. (in Mariupol death is everywhere) Another one is that a second phase of the war is starting. This phase is more exhaustion of the adversary.

To shore up a flawed vision gone bad Russia will begin to exaggerate and then downright dissemble tunning up the PR departments. Will trick us into believing that untruths are true. Easily will turn into deceitful and manipulative propaganda. Russia created an entire national psyche with a sense of grievance against the West. Big lies are repeated frequently and with confidence creating misleading perceptions. We should all know that countries are destroyed when the propaganda escalates commitment to flawed strategies. Waste the lives of their soldiers unwilling or unable to admit their vision errors. According to a poll by the Russian Public Opinion Research Center, Russian voters’ trust in the leadership has fallen to 32% before invading. When domestic popularity dips, Russian leadership surges into ongoing conflicts or launches a proxy offensive. Simple facts. Another example is Russia’s principles of state sovereignty which are above humanitarian concerns and asserts that legitimate governments have the right to resolve their internal affairs independently. This rule then is reversed to justify external interference on general human rights grounds and act against foreign governments in order to protect ethnic Russians. Cynical base unthinkable logic.

A prolonged war is expected with big humanitarian consequences. This new world vision has now translated into civilization's competition. Russia and its leadership see themselves as currently fighting a war against the US and its allies and not with Ukraine. (ongoing hybrid war) Based on the idea that Eurasia has its geostrategic space that nobody can alter. The real objective of this kind of war is gaining the ability to determine the long-term governance and orientation of a target state. Successfully impose their worldview, values, interests, and understanding of the “fair” distribution of resources. The Kremlin says it is in a defensive, civilizational struggle against the West’s efforts to dominate the world. Common! The debate is almost certain now to feature Russia as a future threat and China as a systemic adversary for West civilization. Therefore, the third phase of this conflict will be to test NATO unity along with an influence on the 2024 White House race. (troll farms and cyberwar) The world economy instead will face big challenges. Ordinary Russians would also suffer great ordeals. If an oil and gas embargo will be imposed will be painful for European countries too and a very serious blow to Russia.

So speeches in defense of democracy and the rule of law have credibility only if we go past economic interests. Ukraine can still remain a free country but only if dodgy money is not invested in projects that perpetuated our dependence on classic energy. What next nobody can predict with accuracy. The outcome is a heavy cost that we all will have to pay in order to ensure the future safety of Europe.