What I want from a Politician

by Carol Price about a year ago in politicians
Report Story 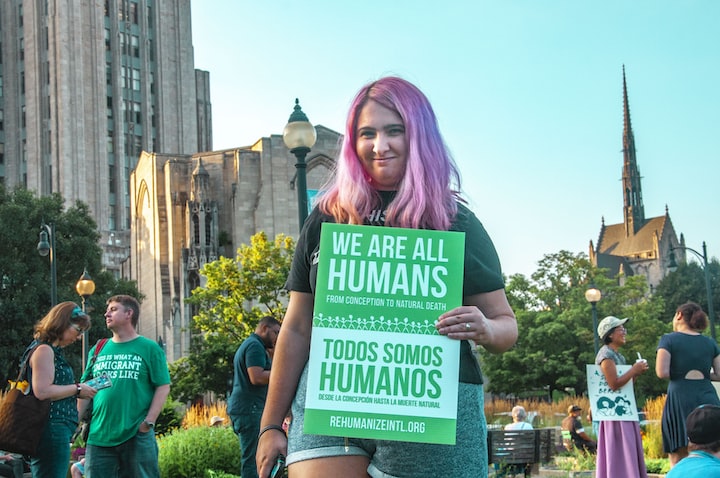 Photo by Maria Oswalt on Unsplash

I have been looking at politics across the world and the conduct of politicians. Perhaps it is the fact that there is more focus on the strategies of governments to manage the Covid-19 outbreak which has brought many more politicians into the public eye, exposing questionable behaviour. It is easier to blame tough journalism and media pressure than to believe that there has been such a truly awful decline in the morals and integrity of those in power. Most would agree that, ideally, those that we elect should be men or women that we can respect and trust.

How do we assess politicians?

Many are elected because they can draw crowds with good rallying speeches. They promise all sorts of things including tax breaks and whatever they believe will get them votes. Then, after election they fail to see their promises through, probably because they were only meant to pull in voters and were not serious strategies.

Is that what we have come to now? Insincerity. Showmanship. No different to those snake oil merchants of the past, who promised a cure for everything from arthritis to heart disease to impotence. People bought the stuff, just as people of today buy in to the rhetoric of politicians.

Where do these men (and women) go to learn their political skills? Some are well educated and have spent years at university studying law, international relations and political theory. Others have risen from more lowly positions, perhaps starting out as representatives of working men's unions. Others, especially recently, have side stepped from business believing that managerial skills in manufacturing and the hospitality industry make them ideal candidates to run a country. You can draw your own conclusions as to which route produces the best politician.

1. To have the ability to present clear plans for the nation’s future economic growth.

2. To have the ability to listen to questions and give concise and pertinent answers.

3. To acknowledge the issues around climate change and work with populations to achieve improvement.

4. To understand that every citizen has equal rights regardless of color, sexual orientation, cultural background, disability or age.

5. To show integrity and not be influenced by powerful commercial interests.

6. To not denigrate, interrupt or make fun of other politicians.

7. To be able to admit to gaps in their knowledge and promise to address these issues by conversing with experts.

8. To at least make an effort to try to understand the complexity of the society within which they live.

9. To not give contracts to their mates, but openly and publicly advertise and put work out to tender, by a process which can be scrutinized by independent means.

10. To understand that the education of young people is the most important insurance policy for the future of their country.

11. To acknowledge when others have come up with good ideas, and not take ownership of the ideas to promote their own position.

12. To be honest about mistakes made.

13. To give a good example in their own lives as a role model and representative of their country.

14. To work constantly for the good of the entire population and not just the elite few.

To find all of these characteristics in one man or woman, now, or in the future is a big ask. I don't believe there can be a faultless politician, in as much as I don't believe there is anyone without some faults. It's part of what makes us human. But wouldn't it be refreshing to see someone in power who had just a few teeny-weeny faults?

Finding someone who had a combination of the majority of the characteristics mentioned would be very reassuring. Is it possible? Or am I living in cloud cuckoo land?

More stories from Carol Price and writers in The Swamp and other communities.