We Didn't Start the Fire

G
by Glow 6 days ago in politics

A Perspective of Politics from an Almost 40 year old 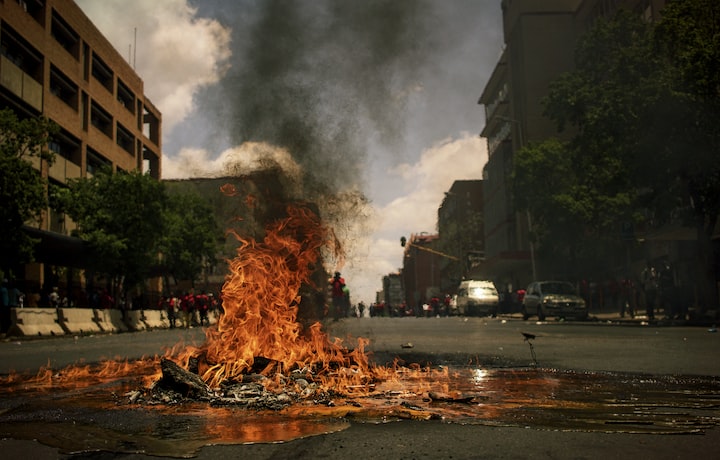 Photo by Pawel Janiak on Unsplash

In reflecting upon how we arrived at the current state of things, I am reminded of the Billy Joel song We Didn’t Start the Fire and the chorus: “We didn’t start the fire/It was always burning/since the world’s been turning”. Fast sung lyrics listing pivotal bits of historical trivia from the year Joel was born until 1989 when he turned 40 years old are what comprise this song, now most frequently heard at karaoke bars. Pondering the struggle in ensuring free and fair elections, my role in grassroots organizing, and the 40 years that led me here, I will attempt to answer what lit the fire that now is a threat to our democracy. I thank Mr. Joel for the inspiration.

Victims of the AIDS crisis introduced conversation surrounding patients’ rights as the disease ran rampant amongst the, now, LGBTQ+ community. The flames fanned by pundits, public opinion, disinformation, and fear. A community marginalized. The War on Drugs ravaged many communities in a variety of ways, however low income black and brown communities were ravaged for generations to come as drugs were cracked down on in the court system. Black Monday was preceded by a bill passed in the US House of Representatives eliminating government-funded corporate takeovers. The Iran-Contra scandal, while convicted North and Poindexter’s convictions were vacated and reversed, respectively. The bombing of the Alfred P. Murrah Federal Building by Timothy McVeigh resulted in legislation that increased protections around federal buildings and stiffened the standard for habeus corpus in the US. The early stages of cloning resulted in federal laws and regulations around funding of this groundbreaking science. 9/11 shocked this country to a gaped mouth halt, amid a current of immigrant mistrust the federal government protected America with foreign and domestic legislation and policy. The formation of the Department of Homeland Security was one of the largest legislative byproducts of the terrorist acts of 9/11. Facebook enters the chat and grows to be pivotal in allowing for information to be spread at alarming speeds over vast distances. The organization and its founder are no stranger to appearing before the federal government. The response to Hurricane Katrina by the federal government illustrated, what had calloused over for communities of color, how poor action by elected officials would serve deadly and create an opening for the necessity of grassroots organizations to advocate for and advance the ravaged communities who legislation forgot. The first black president was elected after Americans were energized to ensure they cast their ballots were cast and that the new leader of the free world would deliver upon the campaign slogan of “Hope”. The Shelby v. Holder decision, handed down the US Supreme Court, found key protections of the Voting Rights of 1965 to be unconstitutional. A new administration in the late teens of the 2000s was in office as a current of intolerance swelled and spilled over into the streets, clinging to our shoes, and invading our spaces with their stench.

The chorus continues: “Though we did ignite it/but we tried to fight it”. As our government created legislation around the issues found to be prevalent, the lives and experiences of minorities seemed to take a backseat. Time and time again, we watched our governing body, ignite fires, and seemingly attempt to fight them. Still these marginalized communities subsided through the chaos and confusion, invisible victims. There is a universal truth in all things, each and every thing has a breaking point. We stood idly by as the pressure increased and have now reached a point where a break, of some variety, is imminent. As we stand at this weakened point, we have forgotten the power assigned to us by the very document that established the body that ignited the fire in the first place. We will give way to the shatter because we understand it is the natural byproduct of the application of pressure. Once the break has occurred, the bone can be reset, and we can be rehabilitated to move forward improved. It is critical that we become cognizant of our role and responsibility in the rehabilitation. We must hold not only ourselves accountable, as educated, and empowered citizens, but also those we have selected to serve as the practitioners for our wellness. We must not suffer silently, give way to defeat, nor leave our recovery to happenstance. We must raise our voices at the ballot box, in our communities, and it must ring so loudly that it shakes the Capitol and those inside to action. Those actions must be line with the best course of action for the largest number of us and consider the least of us. We do so in the hopes that when the next generations speak of the fire, they are not lost in finding the source, but instead speak of how American citizens became the phoenix and arose majestically from the ashes of what was.

politics
G
Glow
Read next: New Mexico—It's like a State, like All the Others!
G
Glow
See all posts by Glow →