by Mehedi hasan Shawon 4 days ago in politics

No More War! No More Deaths! 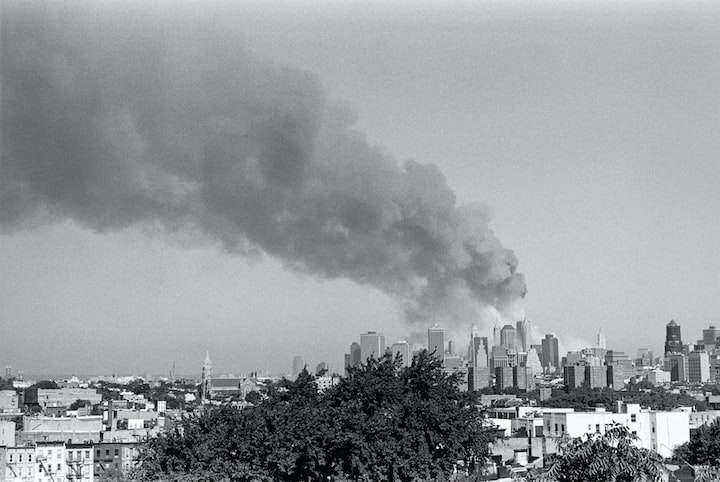 Photo by Julien Maculan on Unsplash

What did America get in the long 20 years of the Afghan war? Was the victory of the Taliban inevitable? Advanced military weapons, modern warplanes, modern warfare training, airpower, tanks, laser technology missiles were all in the American war fleet. In contrast, the Taliban did not have any of this sophisticated equipment. The Taliban had an unquenchable desire to fight back, in the end, to drive out the US and their alliance with NATO.

It is a real shame for America, one of the world's superpowers, that they could not finish the war and return victorious. History sometimes transcends our world of thought, losing the power of our imagination to unravel new landscapes. We may think the same way from a point of view but reality presents something different in front of us. Once all the fog is removed from our front, the truth becomes clearer in front of us. The truth that came then seems inevitable. As in the case of the Taliban. Surprising the whole world, it was only a matter of time before the Taliban seized the throne of Kabul.

It is not uncommon for a well-armed superpower to win the war against the United States and its allies for more than a decade. There are many reckonings behind the Taliban's occupation of the whole of Afghanistan after such a long journey. What did America get in this war? How successful has America been in fulfilling its purpose?﻿

The Context Of The Start Of The War In Afghanistan: America's Strong Message Against Terrorists﻿

For the next five years, since 1996, al Qaeda has established a strong presence in Afghanistan, led by Osama bin Laden. They recruited and trained about 20,000 jihadi volunteers from various places. The Taliban government in power at the time was believed to have backed them. Al Qaeda attacked the US embassies in Kenya and Tanzania in 1998, killing 224 people.

With the help of the government, they were able to continue all their activities. September 11, 2001, will always be a memorable day in American history. It is on this day that the barbaric terrorist attack was carried out by the extremist ideology 'Al Qaeda'. The attack was planned from Afghanistan and was led by Osama bin Laden. Many have called it the deadliest terrorist attack of the century. The attack shocked not only the United States but the entire world. Al Qaeda hijacked a commercial plane and attacked the Twin Towers of the World Trade Center in New York.

Al Qaeda was expelled and took refuge on the Pakistan-Afghanistan border. Although America is temporarily successful, the sad truth is different. But in the last 20 years, Afghans, both military and civilian, have paid a high price. At the same time, many American soldiers have been killed, many have been wounded in the war.﻿

Afghanistan is now under Taliban control. The Taliban now roam the country's cities and streets. They are carrying tanks and armored vehicles snatched from the Afghan army. The weapons were provided by the United States to Afghan forces. If you look at America's spending on Afghanistan in the last twenty years, your eyes will go up. The United States has spent more than 2 trillion in various sectors over the past 20 years. Jeff Bezos, Bill Gates, and other top 30 richest people in the world have surpassed US spending to oust the Taliban from Afghanistan - Forbes Magazine reported.

The US government has been calculating the cost since 2001. That same year, the United States and its allies became embroiled in a war in Afghanistan. According to Forbes, the cost is so huge that every Afghan citizen has to spend 50,000 per capita. About 40 million people live in Afghanistan. Similarly, Americans spend more than 300 million a day. The operation in Afghanistan has cost 2.26 trillion and the war alone has cost 600 billion. 75 billion have been spent on training Afghan troops. Not only that, the Americans have been paid their taxes. The salaries of the Afghan soldiers alone have been multiplied by 650 million! - Brown University has made such a report.

But no matter how high the cost, it is insignificant as a life. Thousands have been killed in the two-decade-long conflict. The war in Afghanistan has killed 2,500 US troops and 4,000 more civilians in the country. But the death toll among Afghan troops is even higher. So far in the war, their number is about 69,000! The war has claimed the lives of 47,000 Afghan civilians. Which shocks the world's peace-loving people. In addition, 51,000 members of the enemy were killed during the war. Even the number of US war-wounded soldiers is 20,000.

So far, ০০ 300 billion has been spent on funding these war-wounded troops. The United States will have to spend another half a trillion dollars in the coming days to continue this aid. Although the end of the Afghan-US war has been announced, the war is not over for the United States Researchers at Brown University say the money spent on the war in Afghanistan was borrowed. The United States has already paid ০০ 500 billion in interest, and by 2050 it will be 6.5 trillion. In other words, every American citizen is going to be burdened with a debt of 20,000 to take responsibility for the Afghan war.

The Significance Of The War In Afghanistan: Has The United States Been Credited From This War At all?

After a long 20-year war, US and British troops have withdrawn from Afghanistan. Just last September, President Biden announced that he would repatriate the remaining 2,500-3,500 US troops in Afghanistan. The United Kingdom made the same decision. As a result, their soldiers have returned to their homeland. The day set aside for the withdrawal of troops is a very important day in history. On the same day, exactly 20 years ago, the militant organization Al Qaeda carried out a horrific terrorist attack in the United States.

The attack was planned from Afghanistan. After that attack, a US-led coalition was formed to invade Afghanistan and overthrow the ruling Taliban. The coalition was able to temporarily dislodge al Qaeda from Afghanistan. But in its aftermath, the United States has had to pay a high price for rebuilding Afghanistan and establishing democracy. The two-decade-long war has claimed the lives of scores of the US and allied military personnel. Thousands of innocent Afghans have died in this bloody war. Not only that, the United States has had to spend billions of dollars to wage war.

Although it is a hard truth, the question arises in my mind, was there any need to spend so many lives and so much money at all? It is difficult to find an answer to this question due to the complexity of various calculations. But why did the United States and its allies go to Afghanistan? What was their purpose? Western military and security operations have been instrumental in countering international terrorism. But for the time being, that success has come at an extreme cost to the people of Afghanistan as a whole (military and civilian). One more big question remains. Has the 20-year campaign completely crushed terrorist groups, or are they regaining confidence after the departure of Western military power?

The United States has left Afghanistan after accepting defeat. Now we need to look at two things. One is the importance of the Taliban conquering the whole country and the other is, how will the world power America erase the shame of their defeat? On the contrary, will they take action? First of all, let's talk about the second issue. America is the world superpower and in many cases, they are the only superpower. In contrast, the Taliban is only a regional power. They are also far behind economically. The Taliban had nothing more to offer than the United States.

The United States, which has come to the aid of the oppressed and backward peoples of the world, certainly does not want its image to be tarnished so soon. The biggest and fundamental problem in Afghanistan is the sectarian divide between them. Because of this division, many external forces have tried to take advantage. The newly-elected Taliban may pay more attention to this issue. They should now focus on their development without worrying about any other country.

Who is responsible for the war in Afghanistan? What is the reason for America's rate? What is harder for the Americans to accept now than the Taliban's seizure of power is how the Afghan army disintegrated so easily? Over the past two decades, the US administration has spent nearly 100 billion training Afghan wartime forces. But even after trying so hard, there was no benefit. They could not stop the victory of the Taliban.

The question is, how responsible is the Afghan army towards their country? How successful have they been in maintaining professionalism? The government they were trained to defend was not trusted by the people, and the leaders for whom the army would give their lives were extremely corrupt, with foreign passports. Many of their family members lived abroad. Can life be sacrificed for such leaders? After the Taliban seized power, Ashraf Ghani fled the country in a helicopter loaded with foreign currency. It is through the heinous deeds that he proves how sincere they are for the country. Although he has denied the allegations.

The Americans came to capture Osama bin Laden and wipe out al Qaeda. In the early days of the war, al-Qaeda began to withdraw from the mainland and take refuge along the Afghanistan-Pakistan border. After the assassination of Osama bin Laden, the US intentions in Afghanistan faded. They engaged in an unequal war with the Taliban to keep the ruling government in power.

No one can easily accept the presence of any foreign soldier in their own country. Many civilians were killed in this bloody war. Whenever American troops destroy a house or kill a civilian, people get angry at foreign troops. The Taliban's stockpile continues to grow with manpower and self-confidence. The Taliban have reorganized and trained themselves.

The great vow of counter-terrorism that the United States brought to Afghanistan has, over time, failed. The United States did not lack advanced weapons, modern technology, drones, warplanes, and trained troops. Yet in the end, they returned empty-handed. There is a special lesson to be learned from this. No war can be won or succeeded without a clear purpose.