The Delicate Balance Between Power and Responsibility

by Dean Gee 5 months ago in politics

When the pendulum swings too far 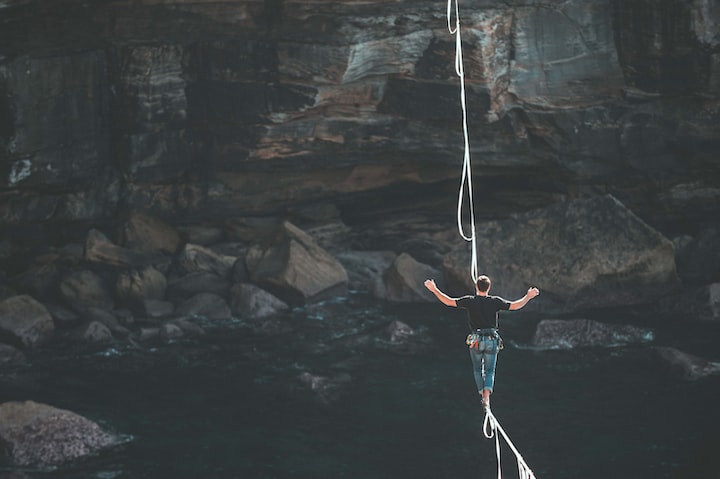 Photo by Loic Leray on Unsplash

So both power and responsibility have an authority within their very definitions. But in the definition of responsibility, you will notice the word ‘duty’ often ‘a duty of care.’ Those held responsible have a duty to carry out their duties responsibly.

The key to this discussion is how leaders exercise authority, because responsibility should be a two-way street. That is when we hold those with responsibility accountable for their actions and decisions. This can only occur where the balance between power and responsibility exists. If we do not hold those who hold power over others responsible, they will lack the duty that comes along with the position that they hold.

When the powerful answer to nobody, with no balance in the relationship, the results are never good for the people.

When the powerful negate the people and their voices, it never ends well. It may go well for the powerful for a while, but as frustration builds, people become mobilised and energised. An energised and unhappy, frustrated populace, revolt when they reach their tipping point. When their lives are that miserable that death holds no more fear for them.

There is nothing more dangerous than people who have nothing to lose.

Leaders would always be wise to consider the saying. “With great power comes great responsibility.” Made popular in Marvel Spiderman movies.

The above quote in slightly different words first appeared in 1793.

“In 1793 the following statement appeared in a volume issued by the French National Convention as mentioned previously:

English translation: They must consider that great responsibility follows inseparably from great power.

Leaders sometimes forget the above and instead live out the quote below.

“Absolute power corrupts absolutely” arose as part of a quotation by the expansively named and impressively hirsute John Emerich Edward Dalberg Acton, first Baron Acton (1834–1902). The historian and moralist, who was otherwise known simply as Lord Acton, expressed this opinion in a letter to Bishop Mandell Creighton in 1887:

In the former quote, we notice responsibility comes with power, and the second quote makes us aware that too much power can lead to tyranny, where responsibility gives way to corruption.

There is always a delicate balancing act that leaders would be wise to perform.

Once a critical mass of people in a country see their future as hopeless, they perceive that they have nothing to lose, and this is when the situation explodes into anarchy.

When I was young, my mother used to tell me always to remember this.

How many times throughout history have we seen this happen, even in the sporting arena, think of the Lance Armstrong debacle of recent times. Think of the many supposed church leaders exposed as frauds after gaining a great following.

An outstanding leader understands the Zulu principle of ‘Ubuntu’ which translated reads as follows. “I am because we are.” Those few words of wisdom sum up the responsibility that leaders have towards those who put faith in them.

Unless tyranny exists, those leaders in democratic societies only occupy those positions because we elected them to such positions.

Any leader in any democratic society, who tips the balance towards power by neglecting their responsibility, will soon no longer be a leader. If a leader in a democratic nation is all about responsibility to the detriment of power, they can lose the electorate, too. We may see them as not strong enough when tough decisions need to be made.

And this is why there is this rather delicate balance between power and responsibility. Let me know if you agree or not and thank you for reading.