by Michael D. Ross 2 years ago in politics
Report Story 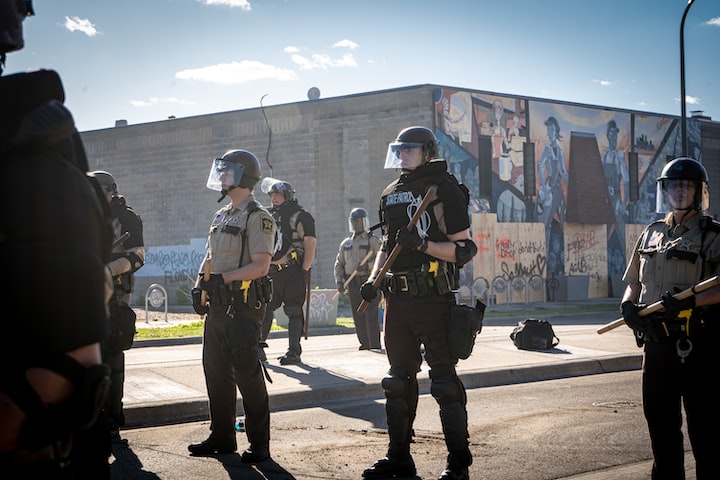 Photo by munshots on Unsplash

States feel the Department of Justice has largely abandoned its efforts towards reforming local police departments. In light of recent events and the public's overwhelming response, on June 4th several states formally asked Congress to give them more power under federal law to reform police departments.

Below is a bit of history around the federal law, and my thoughts on the impact of the states' request.

The federal Violent Crime Control and Law Enforcement Act gives the federal government (not states) the power to investigate "patterns or practices" by local law enforcement that systematically violate the U.S. Constitution or other federal laws.

If the Act is violated, the Attorney General (currently William Barr) can bring a federal civil action to bring about court-ordered police reform. These cases often result in consent decrees which, through oversight of a Federal court monitor, impose fines and reform obligations on local police departments.

In January of 2017, the Department of Justice published a report on the DOJ's pattern or practice policies and outcomes since 1994.

There are more than 18,000 law enforcement agencies across the country.Law enforcement is a demanding, rigorous, and –at times –dangerous profession. The vast majority of men and women who police our communities do so with professionalism, respect, bravery, and integrity.But as we have seen around the country, when police departments engage in unconstitutional policing, their actions can severely undermine both community trust and public safety.

The report when on to state:

The impact of the Division’s work cannot be measured solely by the results in the particular jurisdictions where reform agreements have been implemented, however. The Division’s pattern-or-practice cases contribute to nationwide police reform by promoting a model of constitutional policing applicable to any size department, in any part of the country. The Division’s findings letters and reform agreements are closely scrutinized by law enforcement agencies that have never been, and likely never will be, the subject of a pattern-or-practice investigation. Pattern-or-practice cases are not a panacea for problems in American policing. But, combined with other federal tools, as well as with state and local reform efforts within both law enforcement agencies and the communities they serve,as well as ongoing efforts by organizations such as the International Association of Chiefs of Police (IACP) and the Police Executive Research Forum (PERF), the Division’s work is laying the foundation for more positive and effective policing practices across the country.

However, since January of 2017, the DOJ has largely curtailed the ability of federal law enforcement to initial new investigations into police misconduct. In March of 2017, Attorney General Sessions issued a memo stating controlling police excessive force issues this was a state problem, not Federal.

Local control and local accountability are necessary for effective local policing. It is not the responsibility of the federal government to manage non-federal law enforcement agencies.

On June 4, 2020 several states sent a letter asking Congress to expand the Act to allow state attorney generals to investigate and resolve unconstitutional policing by law enforcement departments in their states.

Once again, our nation has been called to reckon with police brutality against black people in this country and the systemic failures that cause and allow this misconduct to perpetuate. Many members of the public have no trust in the police, with tensions visible in the streets across this nation. Urgent action is necessary at all levels of government to remedy the injustice of police misconduct. We therefore ask Congress to give us explicit authority under federal law to conduct pattern-or-practice investigations, to obtain data regarding excessive uses of force by law enforcement officers to support those investigations, and to bring appropriate enforcement actions in federal court to ensure constitutional policing in our states, particularly when the federal government is unwilling or unable to act.

Here are some of my initial thoughts.

This will take time, lots of time.

Giving states the right to bring federal civil actions under the Violent Crime Control and Law Enforcement Act will not happen overnight and require a fair amount of discussion. For example, if both the federal government and the states have the right to investigate and bring a civil action under the Act, how and who will decide whether the federal or state government will take action?

These things are expensive.

Will states have the funds and other resources to support investigations and federal civil suits (including monitoring compliance) under the Act?

Police reform is expensive, both for the police department (litigation and compliance costs) and the investigating & prosecuting body of government.

A state's Attorney General is an elected office.

Over 40 states select their Attorney General by popular election. This puts them at the intersection of law and public opinion. Unfortunately, like every other elected official, an elected Attorney General will be scrutinized by special interest groups, including powerful and well funded police unions.

One interesting story of late is the recall of Councilwoman Cecilia Iglesias by the Santa Ana, California voters. In that recall election, the Santa Ana police union spent over $300,000 supporting the recall. Santa Ana has a population of around 330,000 or so.

In contrast, the federal Attorney General is appointed by the President, and largely removed from local political forces.

Attorney & chemist helping individuals and companies who are under governmental investigation or charged with a crime. Blog — https://www.mdr.legal/blog

More stories from Michael D. Ross and writers in The Swamp and other communities.