by P 26 days ago in history 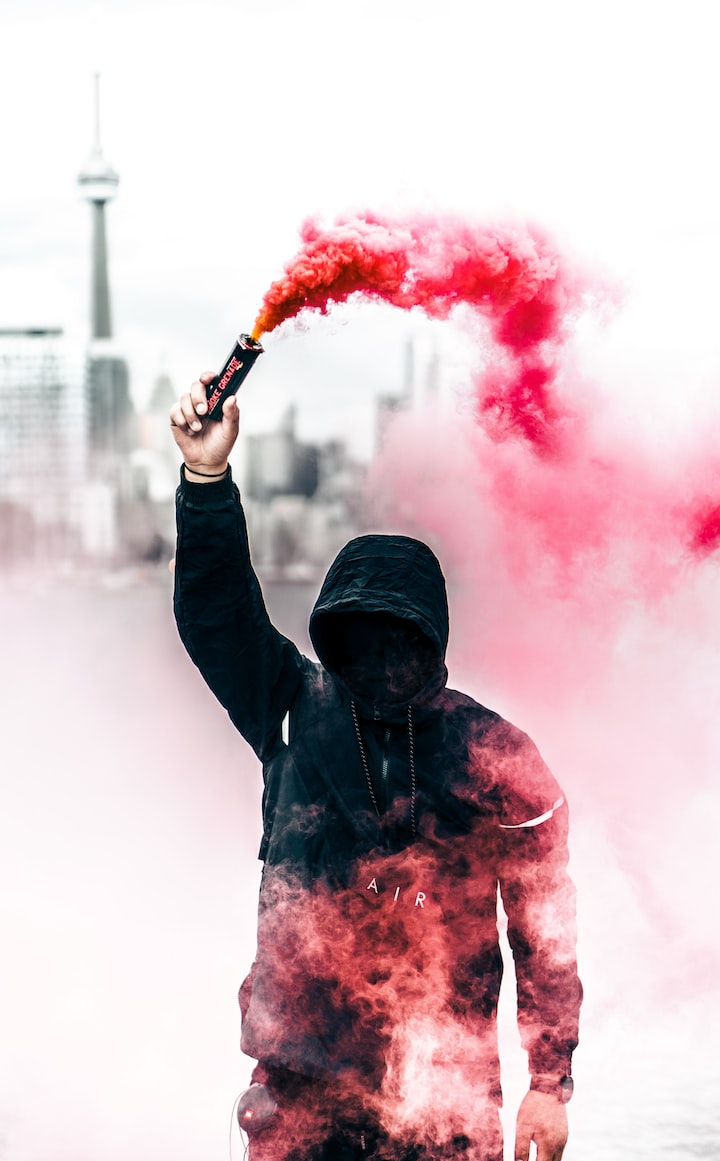 I pledge allegiance to the flag of the United States of America and to the republic for which it stands; one nation under God, indivisible, for liberty and justice for all.

I grew up saying the Pledge of Allegiance. As a child you have no idea exactly what it means, just that you're supposed to say it. I also remember when we stopped saying it, there was no big fuss, we just came back to school and we never said it again but I remember how odd it felt to just stop saying it. As I got older I realized the content that is the pledge and I remember wondering who would make kids, literally little kids, say this everyday of the week? Especially without proper context.

I have been listening to the New York Times podcast 1619 . It is part of an ongoing project that together shows the arrival of slavery in the Americas and the long term effect that it has had on America itself. The only difference between it and what we learn in school is that it completely disregards the winning perspective. Instead it says that racism and slavery are by nature of the setup of the America's political structure inherent to the structures of what this country was founded. They then combined that thesis, with the history taught, and the black history of America to produce a fuller and complex story that offers more insight into the history of this country.

The project has been fact checked by the Smithsonian and other notable historians.

In response the project has been denounced by several historians claiming that the project is one-sided and ignorant of the context of which the content is based. Further, it has been called brainwashing propaganda, radical and slanders the name of America.

Ironically the response to the project is radical in itself.

Radical - (especially of change or action) relating to or affecting the fundamental nature of something; far-reaching or thorough

I have a family tree that is 15 pages long that tells me I am a descendant of slaves. That my family lived through not only slavery but Jim Crow. That coloured schools and coloured fountains were part of my family's everyday, family that is only 2 generations ahead of me. I grew up with people who was flippant about their family owning slaves. I today just told someone that slavery is one of the oldest traditions of man that without it what would America be today.

We as the black community are allowed to be radical. We believe in ourselves as individuals and in our culture as communities. We believe in changing the radical nature of which our history/culture has been erased or white washed. We are challenging and requiring the authority of this country to be better. We was fundamentally changed down to our genetics by trauma at staggering numbers. At one point of time in our history 3/4 of a million black people were enslaved and that grew to 4.4 million in a matter of 70 years.

Those who refused to die, understood that the men and women chained next to them in the dark were no longer strangers. They had been forged in trauma; they had been made black by those who believed themselves to be white. Where they were headed black equaled slave, so these were their people now.

In 1619 Nikole Hannah-Jones talks about her father and his flying of the American flag outside their house. She said she didn't understand it, that their family picked cotton on the same fields that slaves did, that no other black family she knew flew the flag did. Then she started talking about how learning the history of the black plight and its effects on America started to make her understand his decision to do so. The first time she said it, it went completely over my head. I instantly rejected the idea that what we see today is something to be proud of.

But why isn't it?

It took my response today on Juneteenth 2020 to realize what she meant. This nation that views patriotism as anything that doesn't say America was wrong was made to accept us. That no matter how they tried to cut us out or considered us 3/5ths of a man our communities consistently found ways stand together to overcome. We have persevered through everything they threw at us and we did it so well that even their history books had to include us. It is something to be proud of, there is no reason why we shouldn't be proud of what our ancestors and our fallen has accomplished.

There is reasons to why this movement is changing the mindset of the most narcissistic racists. As long as we keep pushing then movements will continue to change people, even if those people are everyday people and not people in power. The Montgomery Bus Boycott lasted for 381 days, the Greensboro sit-ins lasted for almost 7 months, the Freedom Riders lasted almost 8 months, and now the BLM Movement is coming upon its completion of month 1.

The first link in this article will take you to the main page of The 1619 Project. Steadily scroll through it and watch it come to life. You can can click on anything and it will take you to that portion of the project. You do need a subscription to the paper to view it though, price is $4 a month. Even if you don't subscribe opt to take the time to scroll, the main page in itself is a feat.

If 1619 had debuted today instead of August 14, 2019 then I fully believe the criticism it received wouldn't have been so wide spread but definitely just as opinionated. Still creator Nikole Hannah-Jones has received the Pulitzer Prize for her work.

We need more projects that will challenge the history we have been told. For these are the stories that will inspire more black people to not only advocate for their future but realize the impact of their own lineage.