Norway has switched to electric cars. And in their cities you can breathe cleaner air than ever

by John Anderson 3 months ago in energy

Norway continues to build stone by stone the first fossil fuel-free nation on the planet. 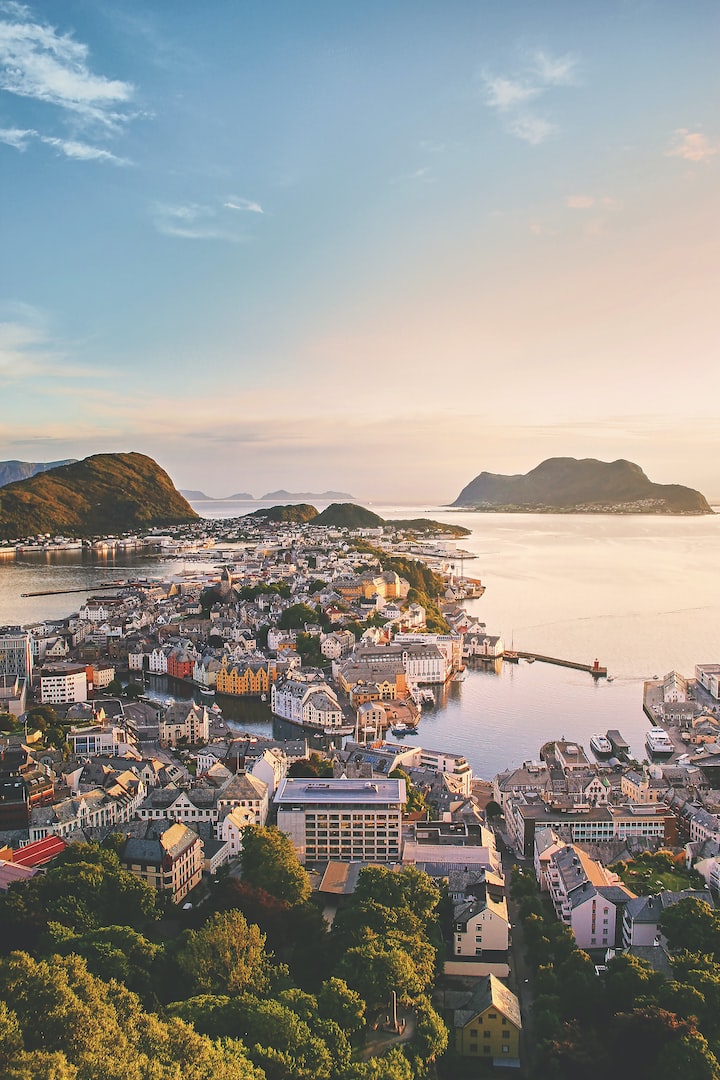 Norway is the only country on the planet where the electric car is more realistic. About 40% of new vehicles registered last year were electric, and the percentage could soon exceed 60%. Its success stems from various factors, ranging from tax exemptions to the unique economic buoyancy of its citizens. In any case, its consequences are palpable: breathing in Norway is today healthier than ever.

The data. The difference is overwhelming. The most significant example is Bergen, the second city in importance and size of the country. A recent report estimates that nitrogen dioxide levels (the deadliest component of how many motor vehicles emit) have dropped to 2002 levels (in full expansion of diesel). The drop is 14.5% compared to 2016, coinciding with the drop in car journeys recorded in the city.

Fewer cars. For what is this? A suspect emerges the traditional vehicle. The volume of road traffic in Bergen has sunk 6% between 2015 and 2017. The figure consolidates a long-term trend: today 20% fewer cars are on its streets than in 1990. However, the number of daily commuters has multiplied by two compared to 2010. There are more people moving in Bergen than ever, and they are doing it with fewer cars.

Why? Various factors explain it. On the one hand, the electric car boom in Norway. Its citizens can afford it and the government has encouraged it. In Bergen around 18% of vehicles are electric, and enjoy various privileges: they can park and access more spaces in the center (progressively pedestrianized) than conventional cars. The city council has also promoted the installation of a multitude of charging points.

Green champion. Bergen was declared last year as the capital of the electric car in Norway (which is to say in the world ). She surpassed Oslo, another great champion of sustainable mobility. The city had a bad reputation until a few years ago: extremely rainy, polluting berets were frequent due to its climatic conditions and the high number of vehicles circulating in the central almond. It's not like that.

The rest. In general, all the Norwegian cities have put the batteries. They have encouraged the (more sustainable) electric car while limiting its penetration into the historic quarters. Bergen, like Oslo, has a toll system for the center similar to the one implemented this week by Madrid. In Oslo, in particular, they have tested a thousand measures to limit the impact of the car. A great one was to deny him parking. In the process, Norwegians breathe cleaner air. It was the target.

Norway continues to build stone by stone the first fossil fuel-free nation on the planet. To its 100% renewable energy generation (thanks to the grace of hydroelectric engineering), it adds a growing market for electric cars. Last year 31% of cars bought by Norwegians were electric. No emissions. It is a record unmatched in the rest of the world.

Than? The data has been revealed by the National Highway Council ( OFV ). A third of the 147,929 cars placed on the streets throughout 2018 was sustainable. The percentage is higher than that registered the previous year, when electric vehicles already exceeded 20% of the market share. The rise is unstoppable: in 2013 only 5% of the cars were green. In five years the ratio has multiplied by seven.

How? We have discussed its formula on occasion. Norway has freed electric vehicles from tolls, allowed them to park for free inside cities (except for those that prohibit it, such as Oslo ), and imposed generous tax incentives on their acquisition. In a country without its own industry and extremely rich, the result was immediate. It is a success.

Perspective. Will it achieve a 100% green car park by 2025? It remains to be seen. The ( global ) trend is positive. If we add the hybrids (more efficient, but polluting) 49% of the cars bought by the Norwegians are already sustainable. However, the purchase of cars is falling (6.8% compared to 2017) and the OFV calculates that their number will decrease throughout 2020.

What they buy. It's a problem? In Clean Technica they discard it: next year is expected to be a before and after in the electric car industry, with the launch of affordable and high-performance models by various brands ( Tesla included ). Today Norway has fallen in love with the Nissan Leaf, the VW Golf, and the BMW i3. Among the three they account for 18.8% of the market share.

Irreplicable. Norway's is a success story, but one and no more. Sparsely populated (the United States sold 200,000 electricity in 2017, 1.15% of its sales in 2018), very prosperous and little dependent on fossil fuels. In the energetic. Economically, most of his fortune is based ... In the extraction and sale of oil, which has earned him accusations of hypocrisy. It is not a replicable path, but its figures do serve as a guide.