New World Order is not for all

by Cubedz 3 days ago in new world order
Report Story 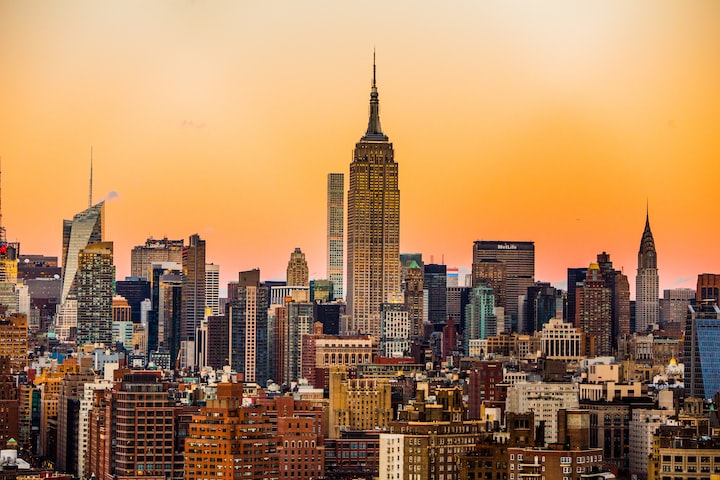 Photo by Michael Discenza on Unsplash

Everyone is presumed born rational and free, so how do tyrants appear? Are tyrants made or born? Are democracies under siege? Nobody knows. Is the New World Order a conspiracy? Not for all people? Abstract or just a theory? Some might know. A globalist Conspiracy would appear almost obsessively on an entire shelf of books with the New World Order as the hidden goal of power influential groups to dominate mankind. A plot by a handful of “globalists” conspiring to rule the world. All this was probably made through several facade organizations. Wrong! The enemies of freedom have pushed the false narrative that democracy is in decline so a New Order should be established. Some violent and nondemocratic forces exploited the weaknesses and pushed the status quo in a struggle through worldwide propaganda. Contrary to popular belief the New World Order is not a political party or any precise doctrine. It does not involve subversive or secret services-specific actions. The New Order is only a concept that is constantly evolving like any society or human being. His purpose is the same that mankind has adopted since its first conscious moments: “A United and Independent WORLD.” From the premise of shared morality under a common good, this order would be achieved by constitutional free states under human rights principles. It’s perhaps, the dream of the Novo Ordo Seclorum (New Order of the Ages) stamped by the founding fathers upon the great seal of the United States. On the other hand, it’s also a fundamental clash of values with totalitarian systems.

“The quiet of tyranny is not a good peace.

Since 1648, the Western system had organized itself around the principles set forth in the Treaty of Westphalia with peace under the auspices of national self-determination, based on the practice of governments exerting authority only over their own lands and people. This political system remained unquestioned throughout the 20th Century. But when Soviet rulers violated the political sovereignty in Eastern Europe everything changed. It was a wake-up call to abolish the old Westphalian old order based on the warning of tyrant leadership or the authoritarian model. One that defends rethinking human rights. In that model, the citizen’s freedoms, perceived interests, and views should align with the government’s line. If not they would be seen as a direct threat to national security and must be severely punished. Thus, the doctrine of the international community was no longer a vision of idealism, a project, a conspiracy, or a dream. It was a practical recognition that nations could be free, democratic, and benefit from economic progress, only under a framework called New World Order. To be stable and solid partners in the advance of humankind because the only permanent thing in this world is change … a tendency to change toward progress. An economic theory maybe I never knew claims (justified or not) that systems are advancing by correcting the mistakes they manage to identify. Progress imposes qualitative selection as a natural and normal rule …A flawless system is a dead system that will never advance, according to this theory. To be unaware of this trend in history, and our place in it is a bad future choice. In this way, we came to value the “equality” that is self-evident and granted to all individuals: the rights to property, privacy, and pursuit of happiness among progress. We are fighting the common enemies of mankind poverty, hunger, and disease believing in a just distribution of the world’s resources. What seemed utopian soon will be no alternative. As we see these days mankind truly wants to become unitary … to overcome the differences that divide and grind it, to eliminate the artificial boundaries raised by greed, vanity, self-sufficiency, arrogance, incompetence, and imposture … She believes she has also identified the path. But how can she do this if other nations still envision imperialistic tendencies? Some of us even after millions of years of evolution, remain closely related to chimpanzees. In many ways, they’re like us. In this paradigm, if chimpanzees follow a law of the jungle in which the biggest, physically strongest chimps rule and the smallest, physically weakest chimps get ruled, then we have an issue. The difference is that we humans still have an evolutionary twist and we can manage the future better. Too much information can produce illiteracy, and globalization generates nationalistic delirium.

A global perspective is hard for humans to absorb in some territories. For them, a New World Order is the devil taking away identity, culture, religion, and finally the soul. But if we broaden our perspective what’s wrong with viewing everyone as our brothers? What’s wrong in a world without borders? To give up a little for others to prosper more. Why we are afraid of immigrants or migration? Humans have always migrated. We know that migrants boost economic growth. So why don’t we just get in people who want to work in countries where there are jobs? It’s mostly because of our zero-sum perceptions - if one person gains, another must lose out. Such perceptions are false. This kind of competition was only valid in ancient times when we were hunters and we tried to obtain the same food. A modern economy is not working in this perspective. Now if you add more competitors, it grows. So why not open up the world to the free flow of goods, services, ideas, and people? Nothing remains local forever. If it does it destroys itself. Therefore, the world needs unity now more than ever if not will become more unstable and dangerous because we are driven by greed, envy, and fear. Some nations have even adopted protectionist policies. Did the overall Russian economy benefit from all their oil and gas? I doubt it very much that wealth was thrown down either to regular people or to education. In such a regard Protectionist Democracies end with tyrants… and that’s a big problem. Why? Cause tyrants are the people most attracted to absolute power and are against the construction of The New Order. In the backdoors of scientific resonating, the opportunity to shape a new international order that is stable, inclusive, and beneficial to all still exists but “some” are hiding what would be the “solution” to achieve it. There is a defining principle of society … when you have order create disorder (chaos) to control further. And in the end, reconcile everything. Only when we fragment things we could offer the possibility of a large-scale understanding. Although it seems a step backward, it is also a precondition for moving forward, since only when the difference is recognized, a broader identity can be stable and timely. So could a war further strengthen the idea of the need for a Better Union or aNew World Order(s)?

Make no mistake if a global war there must be, then better a Cold War and an Iron Curtain than a hot bloody one.