Is It True or Just Clear? 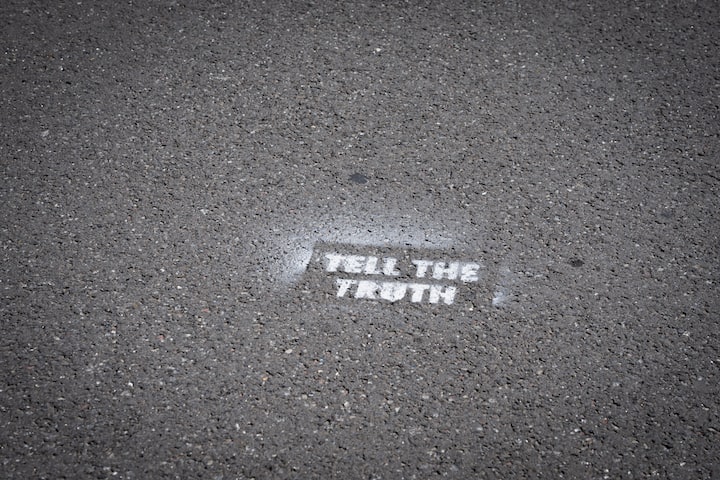 How would you react if your partner or best friend told you that they only had a few weeks to live?

Imagine that they tell you the story of going to the doctor for a routine check-up, and that the doctor found something in their bloodwork.

What would your emotions be?

Do you spend time researching treatment options or probabilities of survival?

Imagine that after two days of spreading the tragic news to other friends and relatives, your partner / best friend told you the entire thing was just a joke.

What would your emotions be now?

Emotional ties and closeness to an individual makes it far easier to fall prey to a trick like this. And, of course, the more detailed the narrative, the easier it is to believe.

The actors are different — and personal proximity to the scene may vary greatly — but we’re surrounded by situations like this today, particularly in media and political arenas. We hear something presented with clarity which affects our confidence. How clear the message is goes a long way toward convincing us that something is true.

I remember sitting through my first semester of Partial Differential Equations. The instructor — a visiting professor from one of the Baltic states — knew the material but struggled to communicate it due to language barriers. That made it very hard to comprehend a difficult subject and undermined him as a professor. It made it hard to have confidence in the subject matter and him as a professor.

At the other end of that spectrum, well-articulated, clear, and understandable statements tend to have a kind of overtone of validity. As Copthorne Macdonald pointed out, “Clarity is no guarantee of truth, and it is sometimes used to disguise half truths or outright lies.”

How do we avoid falling prey to clarity without truth?

First, context is important. If what you’ve heard has the potential for large impact on your life (now or in the future) it’s best to investigate. If it’s a random YouTube fact that has little bearing on your future well-being, it doesn’t really matter that much if it’s truth.

Second, be familiar with all sides of complex issues. Social media algorithms, in particular, are designed to feed you more of what you’re already interested in. This means that certain ideas (correct or otherwise) are more easily perpetuated which serves to reinforce the feeling of validity you find in a particular position.

On all critical issues, therefore, you owe it to yourself to fact-find as much as is reasonable on all positions of an issue. That’s the only real way to make a sound judgment call on what position, if any, to take.

Third, measure against current knowledge. “The more you know. . .,” said the 1989 NBC public service announcement. The short messages emphasized the importance of reading and education. The more knowledge we’ve accumulated, the easier it is to spot things that are half-truths and whole-lies.

This, of course, relates to the previous point. You have to work to understand complex issues. This is particularly true of anything presented by today’s media or political pundits.

Fourth, the gut-feeling test. What does your gut tell you? You have to be careful with this one because our intuition about things can be easily tricked by the use of fiery rhetoric. That, though, is a red flag indicating that further investigation is required. Anytime a presentation is made on a particular subject with a lot of energy and one-sided speech, take note. The more you practice this, the easier it will be to detect when you’re being fed something untrue.

Fifth, consider the source. There are some sources that are more unbiased than others. None are bias-free, and many are slanted to the extreme for or against a particular issue. By learning about all sides of complex issues, you’ll be able to better spot the charlatans among the sources that are trying to convey accurate, up-to-date information.

Discovering the truth, especially about complex issues, can be hard work. In the short- and long-term, we owe it to ourselves to do our homework. It’s the only way to avoid being duped into believing half-truths and whole-lies.

More stories from Aaron Pace and writers in The Swamp and other communities.